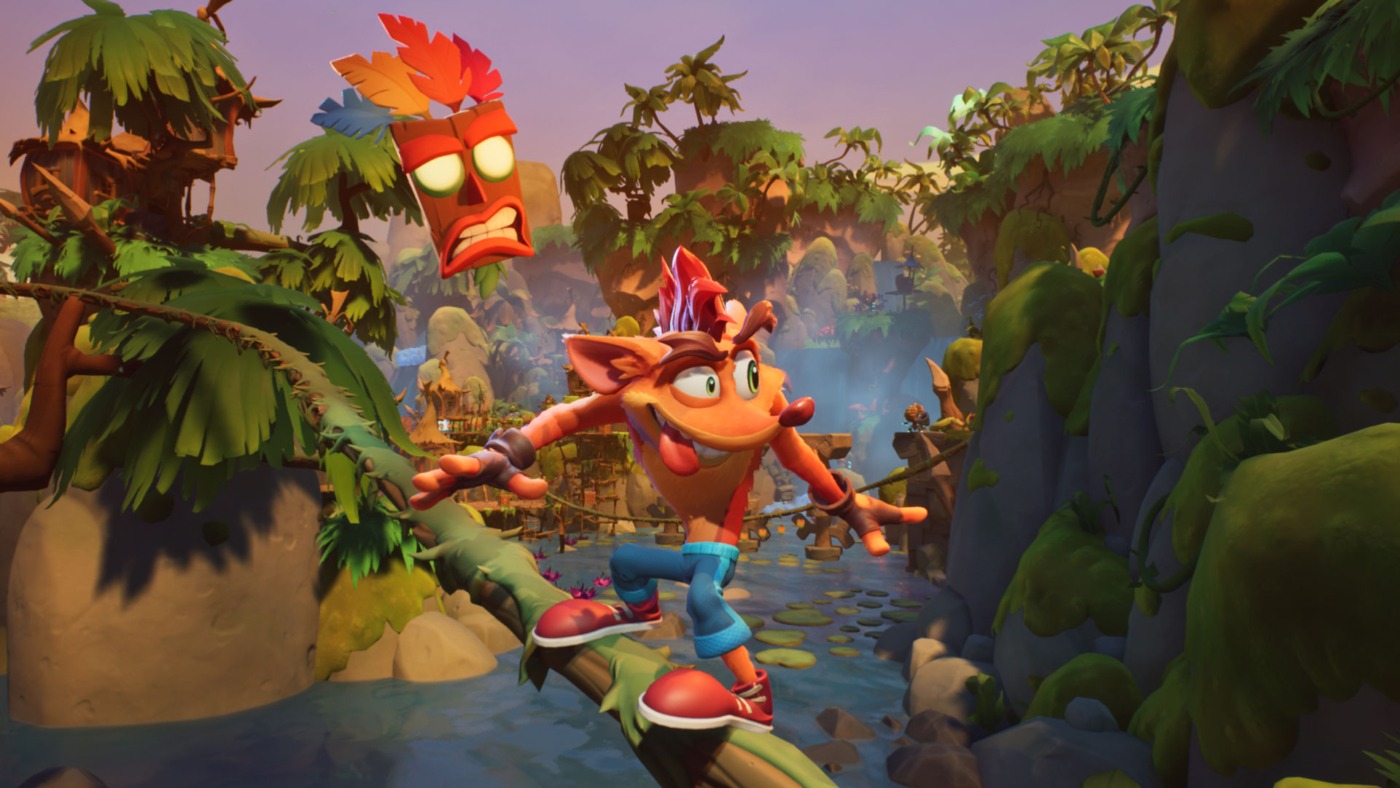 If you’re a PlayStation fan of my generation, there’s likely one character that you’re very familiar with – Crash Bandicoot. He’s remained a gaming icon through some highs and surprising lows, but where did he come from? Here’s a look at the history of Crash Bandicoot.

In the 1990s, the gaming world was largely defined by a battle of mascots: Nintendo’s Mario vs Sega’s Sonic the Hedgehog. Developers saw how successful the two characters were and tried to make platformers with their own colourful characters. Most of these failed to reach the heights, with figures like Zool and Bubsy fading into history. Andy Gavin and Jason Rubin of Naughty Dog wanted to create a character for the PlayStation who would rival the big players, genuinely taking the fight to Nintendo and Sega by taking advantage of the console’s unrivalled power.

They saw the potential in the emerging 3D technology, deciding against making a 2D side-scroller. They code-named the project ‘Sonic’s Ass Game’, which was their code for “a linear platformer with a strong hero character (inspired by Sonic, obviously) set in 3D environments where you mainly saw the rear of the character”. Then, they needed a unique character, and they turned to the Australian Outback for inspiration. The initial concept was called Willie the Wombat, although it later transpired that the (non-video game) character already existed. And so, Crash Bandicoot was born, his name deriving from how he would crash into crates in the game, his abilities a result of genetic experimentation by the evil Dr Neo Cortex.

Crash Bandicoot had a phenomenal marketing campaign, which saw a man in a Crash costume head to Nintendo and Sony’s buildings and heckle them through a megaphone

The eponymous game was launched to a warm reception in 1996. Fun character design, visually impressive graphics, inventive levels, a wealth of collectibles, and genuine challenge all contributed to its success (although its difficulty was criticised by many reviewers). It also stood out in a saturated market, and the lack of strict paths was deliberately designed as a countermeasure to Mario and Sonic.

However, the character really surged for two major reasons. One was a phenomenal marketing campaign, which saw a man in a Crash costume head to Nintendo and Sony’s buildings and heckle them through a megaphone. The other was hugely fortuitous timing – being released as the PlayStation’s popularity was skyrocketing and essentially becoming the face of the console.

Naughty Dog was contractually obligated to create two more titles for Sony, and so began work on a sequel, even before the first Crash hit the stores. The developers updated the game engine, allowing for more complicated textures and character animations, and replaced Crash’s girlfriend Tawna, the game’s female lead, with the more age-appropriate Coco – Crash’s sister. The game was a step up – a new warp room mechanic allowed our hero to explore different environments, and he was given a set of new abilities (such as sliding and the belly flop) that made playing considerably smoother. Another tweak was the way levels fluxed between 3D and 2D platforming elements, keeping the gameplay fresh.

There was huge critical praise for the sequel but, for many, the third game is the series’ highpoint. In 1998, Warped was released, and saw Crash travel through time to stop Cortex’s latest evil plan. Many quality of life improvements were made on the previous gameplay mechanics, and a set of new vehicle sequences were added, designed to take advantage of the 3D space. The game was a tremendous success, and like all big successful franchises of the time, that meant spin-offs were coming.

Naughty Dog reached out, expressing desires of making a kart-racing game. Rather than just rip off the Mario Kart and Diddy Kong Racing setup, the developers expanded on the genre, pioneering a boost mechanic that required active engagement, and offering an overworld hub to drive around in. CTR: Crash Team Racing released in 1999 to positive reception, in part because of how it improved the formula. The same was not true of Crash Bash, which copied the Mario Party formula with a bunch of minigames and was received as okay – throwaway fun, but lacking the series’ inventiveness.

Come the new millennium, it was hoped that a high-profile Crash game could be one of the new PlayStation 2’s biggest hits. Naughty Dog decided to move on and create a new franchise, so development duties passed to Traveller’s Tales. The Wrath of Cortex was rushed onto shelves towards the end of 2001, available for the first time on Xbox and GameCube. Attempts to make an original Crash game were squashed when Konami got the rights for the character, and it shows – the game had a mixed reception, and although it was a huge step up graphically, it was criticised as more of the same and for overusing the vehicle mechanic.

The response to this game kicked off a gradual decline in the Crash series, and created an uneasy partnership between Traveller’s Tales and rights holder Universal, leading to tons of meddling in the development process. Crash got a couple of decent Game Boy Advance games, and a sequel to CTR, made by Vicarious Visions, as Universal wasn’t keen on a kart damage mechanic proposed by Traveller’s Tales. Despite some new mechanics, 2003’s Crash Nitro Kart was essentially the same game as the original, but still received positive reviews.

A look to nostalgia, celebrating the franchise, has brought Crash back into the light

After this, Crash’s era of experimentation began, because the developers didn’t know where to take him next. He teamed up with Spyro the Dragon in a GBA game, a minigame-focused instalment with no real depth. A proposed re-development of the franchise, known as Crash: Evolution, was changed by the publishers until it eventually became 2004’s slapstick entry, Crash: Twinsanity. In the game, Crash was shackled to Cortex, and his personality was made considerably goofier. The short development cycle really harmed the game, with critics stating it didn’t offer a satisfying gameplay experience.

With this news, Universal refused to green-lit a sequel and cut Traveller’s Tales’ ties with the franchise. We instead saw a new raceing game, 2005’s Crash Tag Team Racing, developed by Radical Entertainment, which let cars fuse together during the race. Critics weren’t impressed, and Universal redesigned the character. But a new art style failed to enthuse enough people to play Crash of the Titans (2007, in which Crash could ‘jack’ enemies, taking other their bodies) or Mind over Mutant (2008, which turned Crash into a beat-‘em-up). His reputation tarnished, Crash went into retirement for the best part of a decade.

Control of the franchise shifted to Activision, who put Crash on hiatus until 2017. They worked with Vicarious Visions to release the N Sane Trilogy, a remastered version of the first three games that was a roaring success. In 2019, Crash Team Racing Nitro-Fueled followed, mixing CTR and Nitro Kart with many new features and remastering the Crash racing experience. A look to nostalgia, celebrating the franchise, has brought Crash back into the light.

We’ll next see Crash in an all-new game, It’s About Time, which will be released in October. Based on gameplay footage, it looks to be a return to form – a platforming adventure akin to those of the Bandicoot’s glory days. Crash has had his ups and downs, but it seems his current run is his best yet.

What Happened to: ‘Pharoah’?