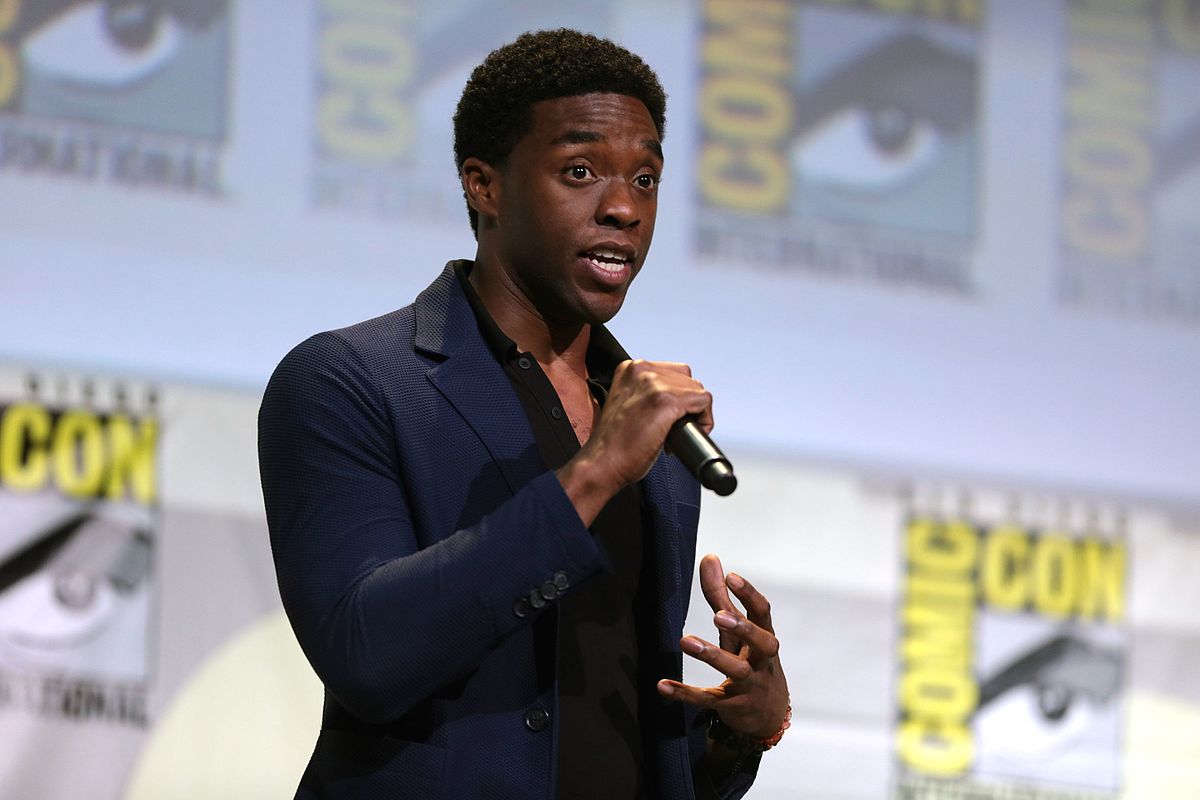 I heard the news and I didn’t want to be believe it. Chadwick Boseman has died from colon cancer, four years after being diagnosed in 2016. He was 43 years old. The news is devastating. Born in South Carolina in 1976, Boseman studied at Washington D.C.’s Howard University and the British American Drama Academy. Throughout the 2000s he appeared in numerous television shows including CSI: NY and ER, with a recurring role in Persons Unknown.

He first prominently graced the cinema screen in 42, portraying Jackie Robinson, the legendary African-American baseball player. He received acclaim for his outstanding and charismatic performance. Thinking about his significant stature as an actor, it may be startling to realise this was in 2013. Seven years ago. In seven years he had amassed an unparalleled legacy of roles.

Another biopic followed in the form of Get On Up, released just one year later in 2014. In Get On Up, Boseman embodied the legendary James Brown. Not only did he move like him, sing like him and sound like him – something seemingly impossible to do without deviating towards caricature before Boseman – he made real his story. Talent and pain and everything in between. An icon brought back to life. I still remember being astonished at the lack of awards attention.

In 2017 he would portray a further legendary figure in the role of Thurgood Marshall in biopic Marshall. Boseman was noted for delivering an electrifying performance in the titular role as the first African-American Supreme Court Justice. The three biographical roles are fascinating in the versatility Boseman offered. All differing within their biopic sub genres (sports drama, musical drama, courtroom drama), Boseman brought his charisma and confidence to all performances, demonstrating a profound range.

But it was his role as T’Challa in the Marvel Cinematic Universe that cemented him as a movie star for a new generation. Stated as “the only choice” for the role by Marvel producer Kevin Feige, Boseman’s performance cemented the character – that of the legendary king of Wakanda – as a global phenomenon. In Captain America: Civil War, his character added a thematic depth unseen in many MCU films. And that’s to say nothing of the importance of Black Panther and his performance.

A terrific and much needed film in terms of representation, it wouldn’t be wrong to suggest that it rode on his shoulders, carrying a performance with humanity, boldness and power. He manifested a leader and warrior in equal measure. Here was someone to look up to, and an aspiration finally granted that had been solely denied by the culture for too long. A hero many didn’t realise was needed until he appeared on screen. That is something that will never be forgotten. Something that can never be taken away.

I keep using the word legendary, and it’s entirely deliberate. These characters, whether fictional or real, were legendary men of historical and cultural significance. And Chadwick Boseman delivered performances as such. The film world took note of this, with Spike Lee directly casting him in the role of Stormin’ Norman in Da 5 Bloods. Playing a mythologised soldier killed in Vietnam, his old squad return during present day to retrieve his body. In an interview referencing the casting, Spike Lee said: “Here’s the thing for me. This character is heroic; he’s a superhero. Who do we cast? We cast Jackie Robinson, James Brown, Thurgood Marshall, and we cast T’Challa!” It’s a staggering role, one that embraces prior roles and associations while remaining solely singular – a new Christ-like revolutionary.

Chadwick Boseman’s monumental impact over such a short filmic career is what makes the sudden shock of his death even more heartbreaking. I can’t stop thinking about an image from Da 5 Bloods, released earlier this summer, with Boseman stood like an iconic statue, light gazing down as if sent directly from heaven itself. The power held by his sheer presence alone. The flashback sequences of the film hold a different reading now, with the other cast members in their twilight years and Stormin’ Norman the age he was – the age he’ll always be. Immortalised forever. His legacy will be immeasurable.