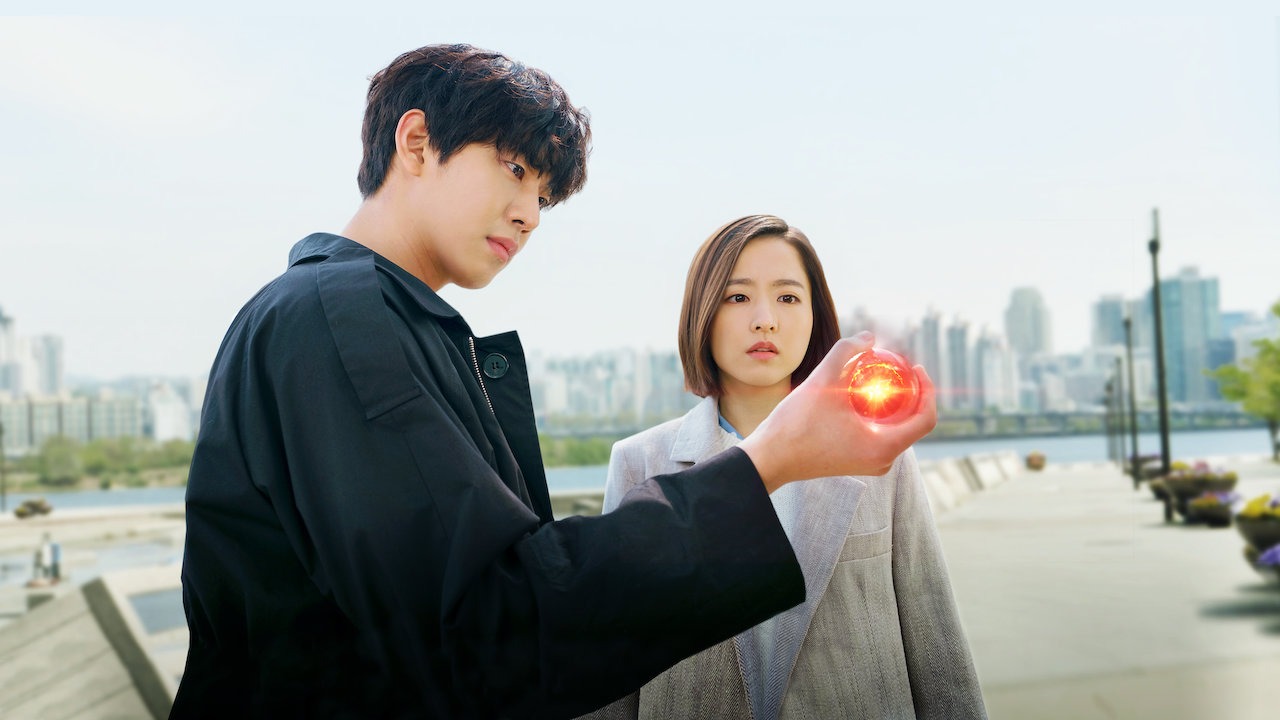 Abyss is a sci-fi crime drama, starring Park Bo-Young as a beautiful and smart prosecutor named Go Se-Yeon, and Ahn Hyo-Seop as Cha Min, a rich CEO, who is considered unattractive. The drama starts with Cha Min being brought back to life, with a handsome new face, by a mysterious marble named Abyss.

He finds out that people brought back to life by the marble are revived with the face of their soul. When he discovers that his best friend Se-Yeon has been murdered, Cha Min rushes to bring her back to life and the drama revolves around them working with others, to solve Se-Yeon’s murder, whilst dealing with the complications of their new faces.

The drama drew me in fairly quickly, as the events led to many questions, and it is generally fast-paced. Even though it was not long before the killer was revealed to the audience, the drama was still thrilling to watch because it was such a struggle for the characters to persuade others to believe them and to catch the criminal.

The drama drew me in fairly quickly, as the events led to many questions, and it is generally fast-paced

Aside from the main pairing, I also enjoyed watching the relationships between other characters, as their interactions felt very genuine, and it was nice to see the characters change over time. I also like how the portrayal of the characters meant that our sympathies shifted, as the drama progressed.

Although this is a good drama, I think there are some unrealistic aspects. This drama may have sci-fi elements, but some aspects of the plot were just not believable in that it’s difficult to understand how the rest of the world was able to accept it, when they were not aware of the marble, Abyss.

I also felt that a lot of things were not properly explained, such as the supernatural beings at the beginning who gave the marble to Cha Min – ‘What were they doing on Earth?’. It felt like they were simply there as a plot device. Even a brief explanation would have been better than nothing.

Although I was drawn in by the drama from the beginning, I didn’t enjoy it as much because I felt that it did not have many humorous moments to balance out the darkness. Whilst I am not a fan of a drastic switch between humour and darkness, I prefer some funny moments for some light relief. This is more a personal preference though, rather than a proper critique.

Although I was drawn in by the drama from the beginning, I didn’t enjoy it as much because I felt that it did not have many humorous moments to balance out the darkness

As the drama progressed, there were more memorable, funny moments between the characters, and this made the drama more enjoyable. These scenes were natural and fitted in with the storyline, rather than being forced in purely for comedy. I think it also helped to create chemistry between the male and female lead and allow the audience to get to know the characters more.

Something that the drama did well was that I was able to believe that Ahn Hyo Seop was Cha Min, even though Cha Min was played by a different actor before he was revived – Ahn Se Ha. I felt that the portrayal of Cha Min was mostly consistent, even if he did have some ‘cool’ scenes, which he didn’t get before he was brought to back to life.

In comparison, although Park Bo Young acted well in other aspects, I was not fully convinced that she was the same Go Se-Yeon (played by Kim Sa Rang), as before she died. However, it is true that the audience were not shown much of Se-Yeon before her death, so it could be that we only saw one side of her, and when she was played by Park Bo Young, we saw different sides to her.