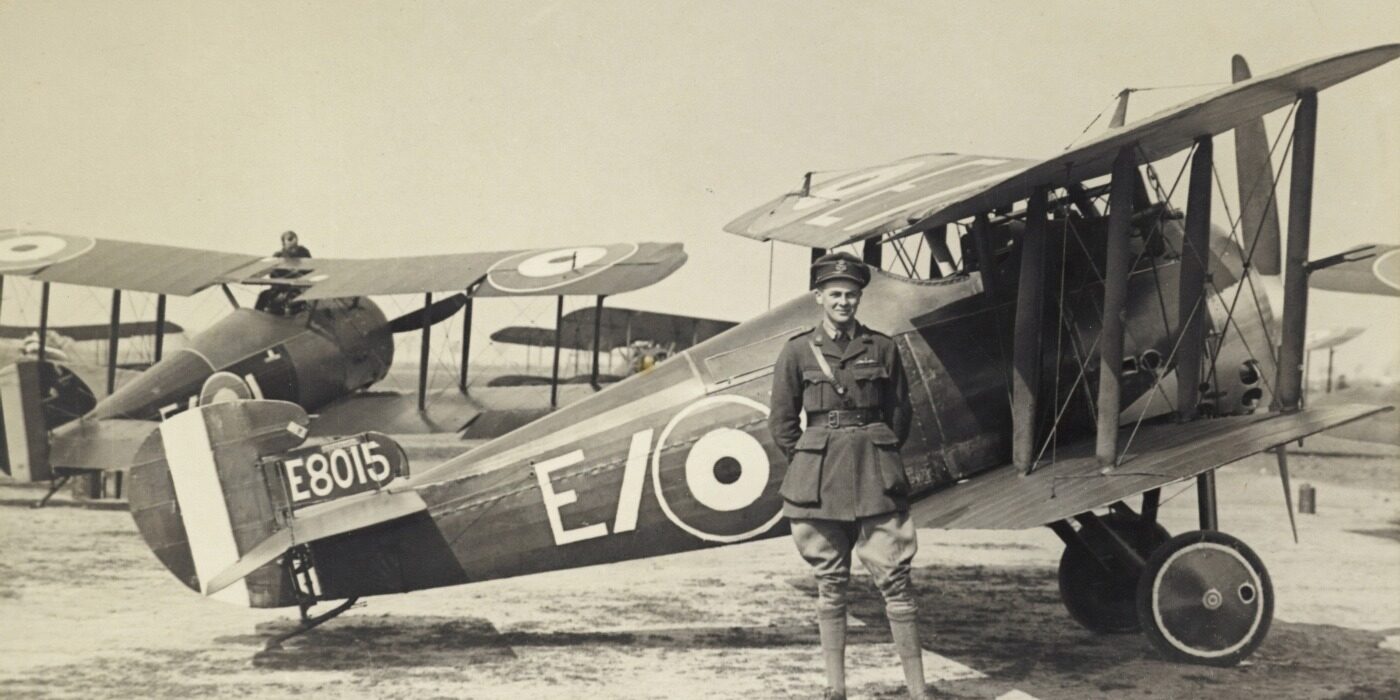 Planes nowadays are so commonplace, it’s hard to imagine a time without them. Yet, just 120 years ago, the prospect of a controlled flight seemed the stuff of science fiction. The work of two pioneers changed all of this, and as they took off in the first aeroplane flight, they didn’t realise they would completely change world transport in the process – this is the story of the Wright brothers.

Although the Wright brothers were known as the pioneers of the aeroplane, they first built their name on another form of travel entirely. In 1894, noticing that a bicycling craze had swept the USA, the brothers set up a side business, repairing and selling what were then known as ‘safety bicycles’ – bicycles with two equally-sized wheels, which had become the first practical form of personal mechanical transportation. This quickly became a full-time job, and in 1896 the duo began to manufacture their own bicycles. The Wright Cycle Company returned a considerable profit, but this business was simply a distraction from a growing passion – taking to the air.

By 1896, the newspapers were full of accounts of flying machines, but the brothers noticed something fundamental – all the primitive aircrafts lacked suitable controls. They wondered if they could develop a system that would enable a pilot to balance the aircraft in the air, just as a cyclist balances a bike on the road. In 1899, Wilbur devised a simple system that twisted the wings of a biplane, causing it to roll right or left. This was tested in a kite, then a series of gliders, to success.

After the success of a 1902 glider, the Wrights were on the path to creating the aeroplane. They designed a gasoline engine light, powerful enough to propel a plane. They also designed the first true propellers. On 17 December 1903, in Kitty Hawk, North Carolina, Orville Wright made the first powered aeroplane flight some 20 feet above the ground – it lasted 12 seconds and covered 120 feet. Three more flights were made that day, with Wilbur making the record flight of 59 seconds over a distance of 852 feet. The plane, though successful, was underpowered and difficult to control, so a process of fine-tuning took place over the next few years. By the end of 1905, the Wrights’ plane could remain airborne for over half an hour.

No-one took the duo particularly seriously, or even cared about their invention prior to the flight. According to Pulitzer Prize-winning author David McCullough, many thought that the Wright brothers were “crackpots”. After the 1905 flight, the brothers contacted the United States War Department, as well as governments and individuals in England, France, Germany and Russia, offering to sell a flying machine, and they were turned down. Government bureaucrats thought little of the pair and believed they could easily replicate the invention of two bicycle mechanics.

The brothers persisted, and the US Army eventually asked for an aircraft in late 1907, followed by a syndicate of French businessmen in early 1908. Both groups wanted a modification – a plane capable of carrying a passenger. The Wrights adapted their 1905 plane, but the early successful tests suffered a tragic failure – Orville lost a propeller and crashed in 1909, breaking his leg and killing his passenger. Wilbur kept flying in France, and the brothers later completed the US Army trials. A few months later, Wilbur flew before over a million spectators in New York Harbour, his first public US flight. The world was captivated, and the Wrights became the first great celebrities of the twentieth century.

The public flight was a mixed blessing. The Wrights set up aeroplane factories and flight schools on both sides of the Atlantic, capturing the public mood. But it resulted in lots of legal issues. The Wrights were dragged into many patent fights in Europe and America, one of which fractured the relationship between the Wrights and the Smithsonian, which minimised the brothers’ achievements in favour of Samuel P. Langley, a former secretary of the institution. Outside of the courtroom, the main money was to be made in exhibition flying but, as the pilots began to die in increasingly reckless stunts, the stress began to destroy the Wrights.

By 1911, Wright aircraft were no longer the best. Wilbur died of typhoid in 1912, and Orville continued inventing. He developed a racing aeroplane and a guided missile, but also worked outside of aviation, building toys and a cipher machine. His fame endured, and he put it to good use – he was on the original board of the National Advisory Committee for Aeronautics (which later became NASA), and he helped oversee the Guggenheim Fund for the Promotion of Aeronautics, helping the USA recapture the technological lead in aviation technology. He eventually died of a heart attack in 1948.

The Wrights may not have invented the first aeroplane, but they arguably did more to bring the form of transport to prominence than anyone else. The entire aviation industry owes them for their work, and it’s no understatement to say that the Wright brothers changed how we see and travel throughout our world.