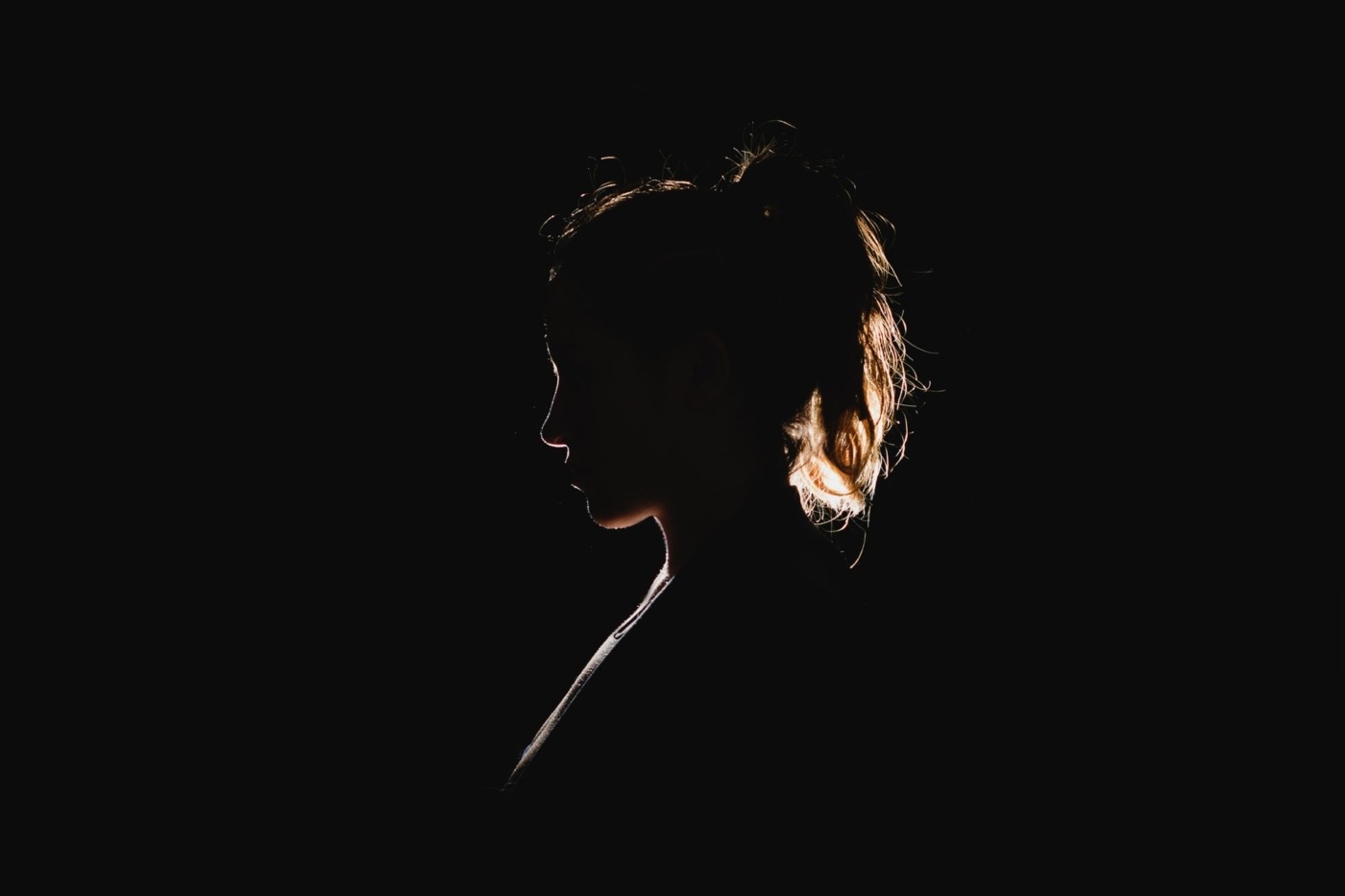 The Government’s long-awaited ‘Domestic Abuse Bill,’ had added to it an amendment proposed by Labour MP Jess Philips to close the ‘rough sex defence loophole.’ The bill, which still has to pass through the House of Lords, explicitly prevents those prosecuted with bodily harm claiming that it was carried out consensually.

The ‘rough sex defence’, in which someone accused of murder claims that they had the victim’s consent to perform the fatal act, is not a new phenomenon, but it is being increasingly used. A successful use of the defence can see a murder charge downgraded to manslaughter, leading to a large decrease in associated jail-time. Advocates of this new amendment claim that murderers are illegitimately using the defence to downgrade their charges. Those opposing the law, meanwhile, see it as an impingement on the freedom of people to engage in consensual sexual acts – even ones that are risky and could result in death.

A successful use of the defence can see a murder charge downgraded to manslaughter, leading to a large decrease in associated jail-time.

The campaign also makes reference to a similar parallel problem – the rise of non-consensual bedroom violence. A study by the BBC found that over one in three women under the age of 40 have been the victim of unwanted assault during consensual sex. It’s worth noting that almost every case of the rough sex defence identified by ‘We Can’t Consent to This’ involves a male defendent. The rise of hardcore pornography further necessitates clear boundaries and conversations about consent. Does this amendment encourage those vital conversations? On one hand, it frees people from fear of ‘consent creep,’ where a sexual partner obtains consent for one act, but then crosses boundaries, knowing it can be difficult to prove a lack of consent for individual acts. However, rendering consent to certain ‘rough’ sex acts illegal is disempowering, weakening our bodily autonomy.

One in three women under the age of 40 have been victim to unwanted assault during consensual sex.

Allowing consent to be a potential defence in murder cases is fraught with problems. Proving a lack of consent is notoriously difficult, see, for example, the low conviction rate for reported rape cases. It also often involves very invasive investigation and testimony by the victim or their relatives. Debating a defendant’s sex life in a murder trial is certainly not without psychological cost for the victim’s family.

So, why do we need this amendment? In England and Wales, it’s been long established that victims cannot consent to death or serious injury. In the 1993 test case, R. v Brown, five men were convicted of, among other charges, Actual Bodily Harm to each other in a series of sadomasochistic sex acts. None of the men complained of the acts, but the defence likened it to tattooing, body piercing, or other legal and consensual acts of potential harm. This ruling, therefore, clearly implies that death caused by consensual harm isn’t legal.

A question remains, however, as to whether that death is murder. For a killing to be considered murder, it must be unlawful and the perpetrator must have had the intention to cause either death or Grievous Bodily Harm. Most defences, therefore, rest on the idea that the defendant was not actually intending to cause Grievous Bodily Harm but was just carrying out a consensual act that resulted in death incidentally.

The first known use of the defence in the UK was in the trial of Dr Peter Drinkwater. He was charged with the murder of his lover, Carole Califano, who asphyxiated after being given a huge quantity of drugs. He claimed that she had asked for the drugs to be sedated, so that he could take a series of explicit photos of her in positions described by police as “lewd and bizzare.” The jury convicted Drinkwater of manslaughter, sentencing him to 12 years in prison. In this case, the defence was effective, with his charge being decreased. Drinkwater acted irresponsibly and negligently, failing to ensure that Califano’s airway was unobstructed, and doubtlessly was responsible for her death. The jury found, however, that he didn’t intend to kill or grievously harm her.

The defence has come to renewed prominence in recent years. ‘We can’t consent to this’ state that 18 men used it in the past 5 years. It was notably used in the trial of John Broadhurst in 2018, who was charged with manslaughter by gross negligence after the death of his partner, Natalie Connolly. Connolly died after Broadhurst left her alone following a drug and alcohol-fuelled encounter. She suffered multiple serious injuries, including a fractured left eye socket and internal damage, as well as alcohol poisoning. Broadhurst, a millionaire property developer, didn’t call the emergency services that night, but instead waited until he found Connolly dead in the morning. Despite being convicted of manslaughter and the jury hearing of numerous graphic injuries inflicted on Connolly without Broadhurst being moved to call for an ambulance, he was only sentenced to three years and eight months in prison.

This is clearly wrong – to kill your partner in this way, to display such complete disregard for her life, and to do nothing to get her medical attention, deserves a harsher sentence. However, to define this killing as murder is again probably inaccurate – Broadhurst didn’t want to kill Connolly, but merely showed intense disregard for her wellbeing. The charge of manslaughter by gross negligence carries a maximum sentence of life imprisonment, with the sentencing guidelines ranging from 1-18 years. A harsher sentence, therefore, doesn’t necessitate an elimination of the defence.

On the other hand, British backpacker Grace Millane was murdered whilst in New Zealand after meeting a man on Tinder, who remains unnamed for legal reasons. She was found dead eight days after she died, buried in a suitcase by her killer, with evidence of manual strangulation. He claimed that she died during consensual rough sex, but in this case the defence was entirely ineffective. Convicted of murder, he was sentenced to life imprisonment, with a minimum non-parole period of 17 years.

This situation is much more reflective of the average. Most cases in which the rough sex defence is raised still result in a conviction of murder – and almost all result in a conviction of either murder or manslaughter. This suggests that, where the defence is used falsely, juries remain unconvinced. Where it’s used successfully, the perpetrators are usually still charged with harsh sentences, reflecting that whilst killing someone during a consensual act isn’t murder, it is a severe crime. People have a responsibility for the wellbeing of their sexual partners, both morally and legally.

There’s obviously a balance to be struck here between civil freedoms, and the need to protect victims and prevent crimes. Worries that the defence might be falsely used are certainly legitimate, but it’s a false equivalence to assume that murder and irresponsible death in ‘sex-gone-wrong’ are the same. The judgement as to whether a person killed their partner by mistake is one for juries, not legislation.

There’s obviously a balance to be struck between civil freedoms, and the need to protect victims and prevent crimes.

Overall, this is a landmark ruling which could have a significant impact on university students. Exceptionally dangerous sex acts, which were already highly inadvisable, are now also illegal. Students should exercise intense caution in any sexual encounters and should obviously be open and clear in asking for, and respecting, consent. This ruling is ultimately an unnecessary infringement on people’s civil rights, tackling something that is already illegal. To empower juries to see through this defence, we need better and more specialist investigation techniques.

Only time will tell hether this move will reduce violence against women. 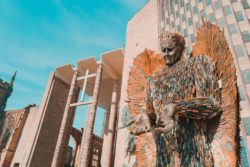 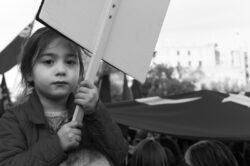 What is happening to women in Turkey? 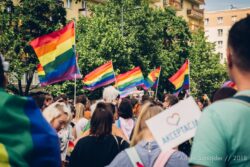