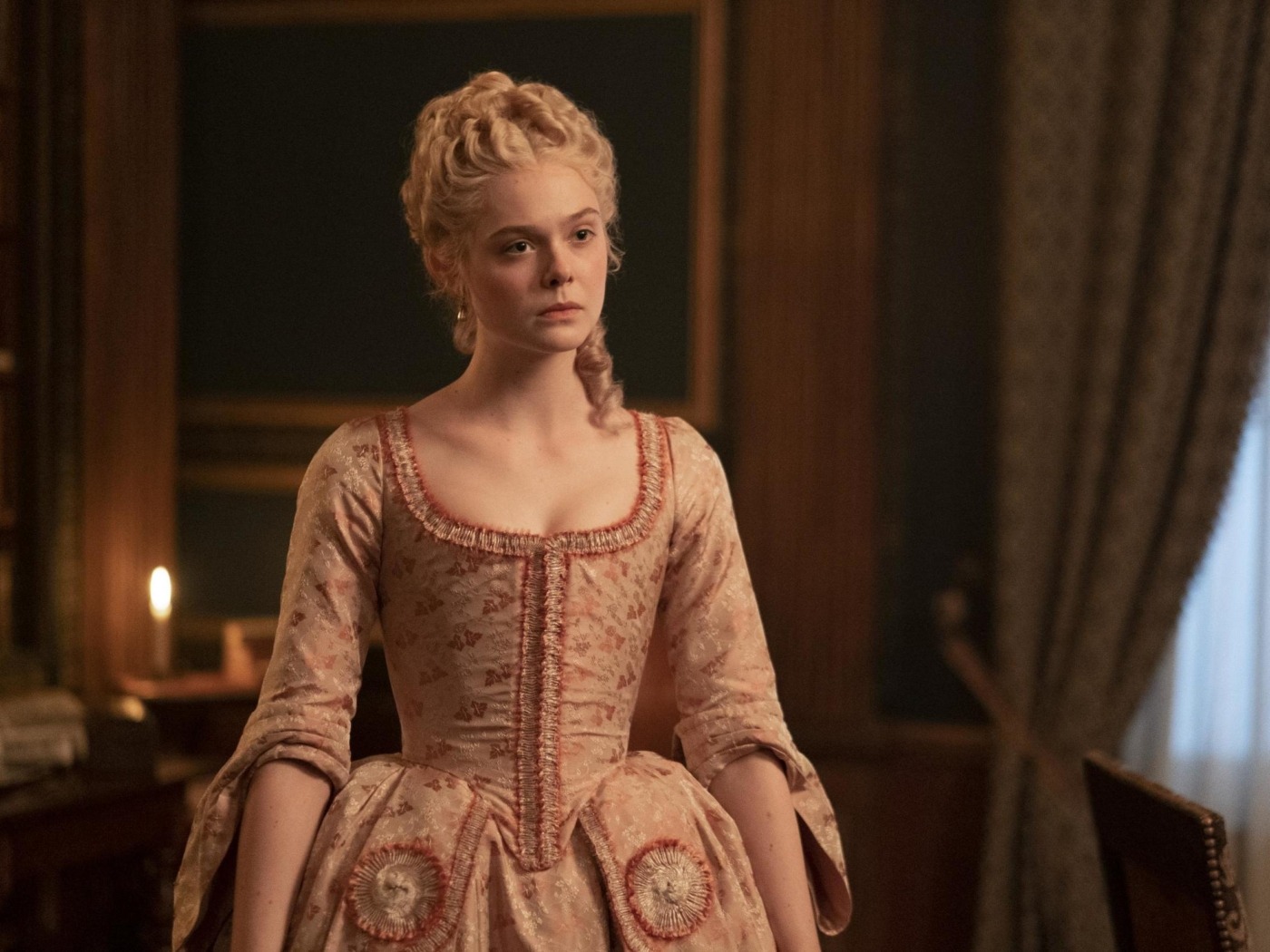 ‘The Great – An Occasionally True Story’; and when they say ‘occasionally’, they aren’t lying

Based on successful Russian Empress Catherine the Great, The Great is the perfect bit of satire to fill your binge-watching needs. Broadcast on Hulu (Amazon Prime in the U.K.), and by the same writer as that of the award-winning film The Favourite, The Great is absurdly brilliant. In its first season it has already been nominated for two Emmy awards already, it’s for sure a show you won’t want to miss.

Throughout the season, we follow young Catherine (Elle Fanning), who marries the Emperor Peter (Nicholas Hoult) to become Empress of Russia. Arriving in Russia as an optimistic and often naïve young woman full of hopes and dreams, she quickly realises the court isn’t going to meet her idealistic expectations. Almost from the get go the season follows her subsequent plot to attempt to assassinate her husband, the Emperor, and take power over Russia herself. She joins forces with a few unlikely characters, including the drunken army general (Douglas Hodge), an intellectual courtier (Sacha Dhawan) and a noblewoman-turned-servant who has fallen from grace (Phoebe Fox). Their secret plot isn’t without its hurdles. I won’t give away the details but I guarantee there’ll be plenty of twists and turns that you simply wouldn’t expect. Once I clicked play, the episodes flew by, and when I watched the finale I went straight to Google to see whether there would be another season – the positive part is that yes, there’s going to be a season two, the bad part is, we have no idea yet as to when.

Don’t go into this expecting a completely politically correct historical drama, if anything it’s the exact opposite

All of the characters are truly brought to life on screen, and that added to the magnificent costumes they wear helps to create a wonderfully immersive experience. Fanning does a beautiful job portraying Catherine, clearly showing an intellectual young woman who knows what she wants and despite adversity, wants to change the world and will stop at nothing until she gets it. Her wit allows for the subtler quips in the show, especially as she always finds herself rolling her eyes at the craziness of the Russian Court.

Hoult brings much of the easy comedy to the screen – admittedly, it’s often vulgar, but you know this going into the show – and plays his part perfectly: the spoilt young man who believes everyone loves him and that he can do no wrong. Somehow, despite Peter’s cruel ways, Hoult still manages to make the audience somewhat feel for the character by the end of the series – and considering his many wrongdoings, this is no mean feat. He’s a great anti-hero. The often ridiculous lines he comes out with are both hilarious and shocking – don’t go into this expecting a completely politically correct historical drama, if anything it’s the exact opposite. It’s hard to convey the comedy on paper as the immaculate delivery of the lines is part of what makes them stand out, as well as the banter between the characters (particularly between Emperor Peter and his ‘best friend’ Grigor (Gwilym Lee)). All of the supporting cast (if they can even be called that, considering their important roles) are equally good, allowing the spectator to feel invested in each of the storylines. You’re bound to fall in love with more than one character.

This being said, I think it’s necessary to remember that this is a comedy more than anything else. It’s not in any way a documentary, and the show advertises itself as only being ‘occasionally true’ – I mean, even the lineage of Emperor Peter isn’t correct. So, if you’re looking for an accurate retelling of this period of Russian history, this show won’t be the one for you. It definitely does follow the basics of what happened, but there’s a lot of creative licence. Whilst Catherine did indeed plot to depose the Emperor, and the characters in the show did for the most part exist at the time, The Great doesn’t pretend in any way to actually narrate any of this accurately. The anachronisms and the evident ‘modern’ spin on everything is part of what makes the show appealing and humorous; it’s best to not go into it expecting anything different, to get true enjoyment out of it.

If you’re looking for a fun and well-written – though loose – historical retelling, then The Great is the show for you. Through romance and drama, plots and games, The Great will draw you right in and leave you wanting more. For those who have already watched it, I’d like to finish off just as Emperor Peter would, so, ‘huzzah’!