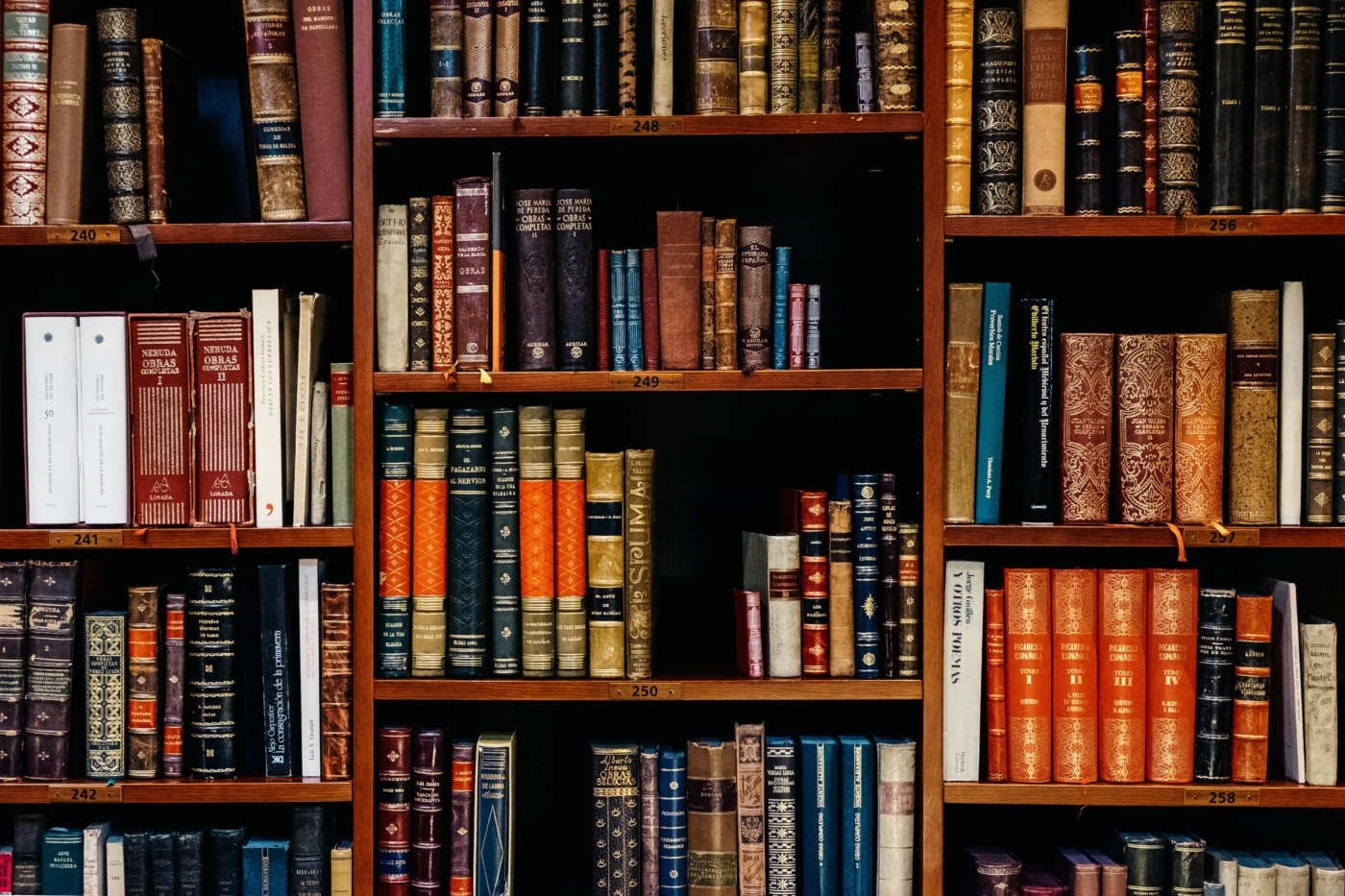 The dangers of oversimplifying inequality in education

In the wake of the Black Lives Matter protests and campaigns across the world in recent months, the current British national curriculum has come under scrutiny for failing to adequately address issues of racial inequality and in particular, Britain’s historic role in perpetuating systematic racism across the world dating back to the period of colonialism and the British Empire.

Various campaigns and petitions have been formed demanding for this failure to be addressed by educational institutions. Parliament petitions calling on UK school curriculums to “add education on diversity and racism”, become “more inclusive of BAME history” and “teach Britain’s Colonial Past” were put forward in June, giving further momentum to campaigns to “decolonise the curriculum” – a movement that has been pushed by students across UK schools, colleges and universities for many years prior to the upsurge in anti-racist activism following the death of George Floyd in May this year.

The intensification in efforts to reform the UK curriculum and demand greater emphasis on educating students about issues of race and inequality are certainly positive steps in the right direction. However, these reforms could encounter a major roadblock in efforts to truly diversify curriculums if themes of oppression and exploitation are oversimplified and emphasised too singularly.

Reforms could encounter a major roadblock in efforts to truly diversify curriculums if themes of oppression and exploitation are oversimplified and emphasised too singularly.

Narratives of oppression and exploitation which include the story of Britain’s role in transatlantic slavery, colonisation and empire naturally involve imbalances in power. Education in these themes of British and global history are essential for understanding the persistence of social inequalities in our world today and the prevalence of systematic racism. At the same time, educators must recognise that they carry powerful ideological danger in that they emphasise the unequal basis on which Britain (and other Western powers) formed relationships with the rest of the world.

Education in these themes of British and global history are essential for understanding the persistence of social inequalities in our world today.

Education in historical racial discrimination and exploitation therefore needs to be approached with careful contextualisation. It is not enough to simply teach students about instances of inequality – they must be taught as developments within encounters between Western society and other cultures. Most importantly, it should be emphasised that relationships between people of West European origin and other cultures were not automatically inequal.

Inequalities did not just appear when the West encountered other people. They were lengthy developments often met with resistance where nations, groups and individuals manipulated connections with others to gain systematic economic and political advantages. It was through gradual manipulation of relationships with other cultures, that inequalities became normalised and embedded in westernised society and culture, producing ideological constructs such as racism and negative ethnic stereotypes.

If potential new curriculums fail to contextualise themes such as colonial exploitation, empire, and slavery by delivering adequate understanding of their development and production, they risk presenting inequality as a default or inherent state of racial and cultural relations. This creates several problematic misconceptions about relationships between cultures throughout history and ultimately misconstrues how the concept of race and the presence of discrimination should be understood in our society.

A simplistic portrait of Europe conquering and colonising the whole world, subjecting others to oppressive systematic exploitation is problematic and should not be promoted by our curriculum. It is misleading to suggest Western Civilisation was able to conquer or impose its will across the globe with ease when many societies and cultures successfully resisted colonisation and subordination. Some acted substantially outside of the influence of colonial powers and all possess their own rich histories where relationships with Western Europe form only part of its whole. It is important that these are given equal voice and not silenced by a narrative that focuses solely on Britain and the West’s exploitation of other cultures.

A simplistic portrait of Europe conquering and colonising the whole world, subjecting others to oppressive systematic exploitation is problematic and should not be promoted by our curriculum.

Curriculum reforms must essentially avoid the possibility of rewriting the biases of our current education system. The main faults of histories taught across British educational institutions not only include insufficient recognition of Britain’s role in perpetuating inequality but denial of historical agency to ethnic minorities and more inadequate representation of narratives from a non-western perspective.

A simplistic and singular focus on themes that emphasise the West’s ability to subject others to exploitation for systematic advantages will do nothing to resolve this. On the contrary, this threatens to simply re-inscribe misguided notions of Western cultural superiority which have long affected the way in which Britain perceives its relationship with the rest of the world.

The challenge that reformers face is the need to avert the danger of reproducing Western Exceptionalism and Eurocentric understandings of the West having intrinsic advantages which enabled them to dominate other cultures. A one-dimensional focus on inequality could reduce potential reforms to counterproductive reinventions of a coloniser’s curriculum.  A reverse triumphalist  ‘we came, we saw, we conquered’ narrative of the European Age of Exploration, colonisation and British imperialism re-spun to instead emphasise guilt and remorse for exploiting perceived advantages over others.

This would create an entire host of misleading understandings and perceptions – singular focus on Western Society’s exploitation of others denies agency to these groups. They become defined and silenced as victims unable to fight back or make their own history independent of the West and its aims. Understanding of non-white ethnic groups and non-European societies beyond the contextual constraints of oppression becomes precluded.

A simplistic singular emphasis on inequality carries the potential to reinforce counterproductive ‘White Saviourism’ and accompanying self-serving guilt and redemption narratives. These promote the idea that White Europeans can absolve themselves of perceived historical guilt by recognising the plight of the systematically oppressed then redeem themselves through benevolence and generosity towards these groups. This fundamentally involves seeing people of colour as intrinsically disadvantaged and prone to exploitation and victimhood. Contemporary ‘White Saviorism’ allows a moral shift of western society away from oppression to serving as benefactors to groups seen to possess natural disadvantages.

These narratives and perceptions are problematic not only because they become self-serving attempts to protect Western morality but because they degrade and subordinate other cultures. Understanding Non-Western societies only through their experiences with oppression while presenting them as reliant on the mercy of a supposedly superior Western Civilisation who give and take their freedoms and privileges denies them their own independent historical agency.

The challenge of developing truly diverse and decolonised curriculums is one of representation. A balance must be maintained between giving essential recognition to Britain’s exploitative colonial past and its role in generating inequalities across the world while ensuring that the independent historical agency of ethnic minorities and other cultural groups is not subverted.

When talking about inequalities, educators should not only teach students about what happened when they appeared but how and why the world and society became inequal. Just as much consideration should be given to instances where groups resisted, fought, and overcame inequalities. Overall, it is necessary to ensure curriculum reforms emphasise that inequalities were developed and not innate.

It is important that British curriculums recognise that minority ethnic groups and other cultures possess histories beyond oppression. More broadly, this involves recognising that non-western cultures possess their own agency and should not simply be defined by unequal relationships with the western world. To be truly diverse, national curriculums need to promote understanding of other cultures on their own merit and not just by how they came to be oppressed by Western civilisation. This can only be achieved by a greater representation of narratives and histories from non-western sources and perspectives.

It is important that British curriculums recognise that minority ethnic groups and other cultures possess histories beyond oppression.

These are complex but necessary considerations. It will undoubtedly be challenging for educators across institutions to introduce these difficult issues to students of varying ages and abilities. How to simplify key themes to ensure their comprehension while also making sure vital messages are not lost in the process becomes a tough question of concern. However, recent events clearly show that it is not an option to take the easy way out and dodge difficult questions for which our society demands answers.