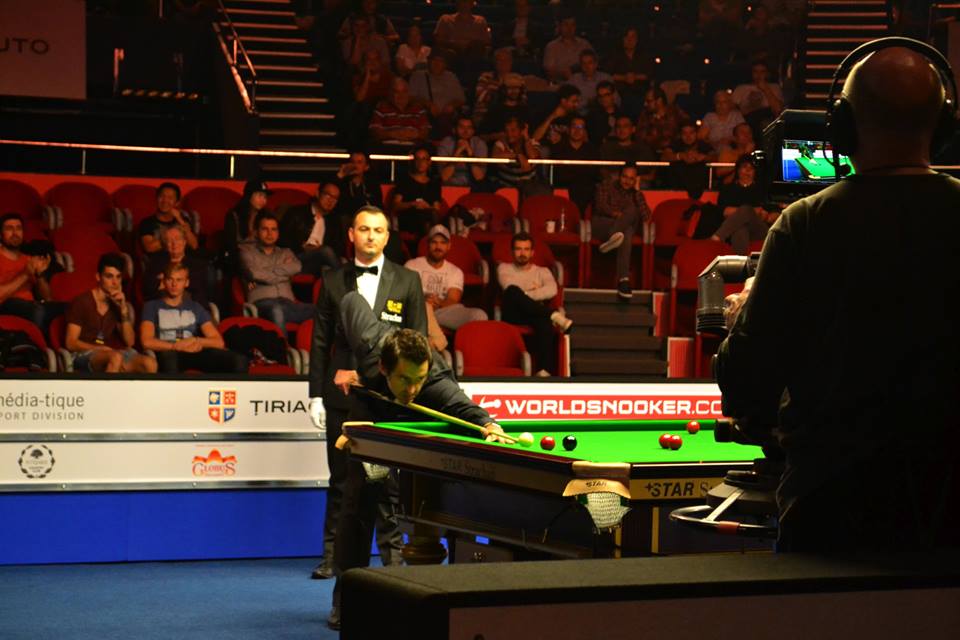 After defeating Ding Junhui in the World Championship, Ronnie O’Sullivan offered some scathing opinions on the state of snooker. The world number six took a pot-shot at the standard of the younger players, saying he would have to “lose an arm and a leg” to fall out of the top 50, such is the state of the game.

Players, pundits and fans immediately started discussing his comments, with two major points of contention. Is O’Sullivan’s view an unfair reflection of up-and-coming snooker players? Does he have a responsibility to the game, or is he correct?

In a post-match interview, O’Sullivan said: “I’m not surprised that [the older players] are still playing like this. If you look at the younger players coming through, they aren’t that good really.

“Most would probably do well as half-decent amateurs, but not even that. They are so bad. A lot of them, you have got to lose an arm and leg to fall outside of the top 50. That’s why we are still hovering around. How poor it is down that end. It is that bad.”

The embarrassed BBC interviewer tried to defend the players, saying the standard was “not that bad” – O’Sullivan grinned, replying “well, it is”.

O’Sullivan’s comments went viral, and there was some backlash among figures in the sport. One of the season’s most successful rookies, world number 87 Louis Heathcote, said: “What he said was a bit harsh. He’s forgetting that he lost to James Cahill, an amateur, at the Crucible last year. I don’t think the standard is that bad at the bottom. For children who want to get into the game and idolise him, it’s not good for them to hear that.”

1997 world champion Ken Doherty echoed these sentiments, saying: “Name another sportsman that would slag off the rest of the tour saying they are not that good. The standard is as high as ever. It may be a bit tongue-in-cheek but it is not nice. I think it is derogatory.”

He went on to say that it could damage his relationship with other players: “All of those players look up to Ronnie and he has a duty to them as an ambassador to the game. He is a hero to all those players on the tour. I don’t know whether they will still think he is a character or look up to him.”

If you look at the current game, it is in large part still dominated by members of the famed ‘Class of ‘92’. Even in this year’s tournament, O’Sullivan faced three-time champion Mark Williams in the quarter-final, while John Higgins made only the eleventh Crucible 147 in snooker history.

There aren’t that many new names in the latter stages of the World Championship at the moment, and the newer players have definitely struggled. But as the commentators always say, you don’t become a top-seeded player without talent and skill.

Steve Davis offered an interesting analysis, suggesting that O’Sullivan’s comments are a result of not realising how good he has become. He said: “Maybe he has got better – and he is better than he has ever been before. At the turn of the century Ronnie O’Sullivan was a lot easier to beat.

“I beat him in the 1997 Masters from 8-4 behind. He was nowhere near the player he is now. Maybe the same is true of Mark Williams and John Higgins. Wait until these young players are in their mid-thirties before you make a judgement on them. The likes of Jack Lisowski and Zhao Xintong are talented but effectively raw compared to John Higgins and Ronnie O’Sullivan.”

I think Davis is right – O’Sullivan’s exceptional talent has been refined by years of play, much like his peers, and that experience puts him at the head of the pack. But that they are so good doesn’t mean everyone else is bad, and O’Sullivan should bear that in mind. If anything, the remarks have put a target on his head – a lot of talented young players would now love to beat the man, and that energy can only be good for snooker.