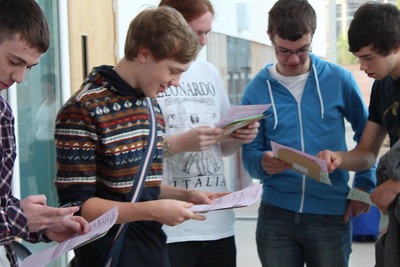 A record number of disadvantaged students have received places at university this year.

Results day during the Covid-19 pandemic has not stopped more students from gaining places at university, as over 20,000 poorer students have been accepted to university in this year’s admissions cycle.

This number has risen by 16.1% compared to last year’s intake, and means that more disadvantaged students will be able to access higher learning this upcoming year.

Universities appear to be more flexible to students who applied this year, as they worry they will lose many applicants due to the challenges that the pandemic will bring to student life.

This is in addition to the economic losses that universities face as EU student applications have decreased by over 4,000.

The Sutton Trust, an educational charity focusing on attainment gaps, found that 73% of applying students were worried about the impact of their social life at university.

67% of the students said they were worried about the effect of the switch to online or ‘blended’ learning, and 32% said the pandemic made them less likely to start university this autumn altogether.

It’s especially encouraging to see record numbers of young people from disadvantaged backgrounds with a confirmed place at university, and an increase in applicants accepted on to their first choice

Robert Halfon, chairman of the Commons education committee, said: “This is a real silver lining in some very difficult exam clouds.”

The Sutton Trust found that 30% of students missed out on their first choice university due to the pandemic, when 35.6% of results were lowered by a grade, before the government made the U-turn of using centre-assessed grades.

Sir Peter Lampl, chairman of the Sutton Trust, said before results day: “It’s vital that universities make greater use of contextual admissions for students who have narrowly missed out on their grades.

“They must recognise that students’ grades have been awarded in the most extraordinary of circumstances,” he added.

Clare Marchant, chief executive of UCAS, said: “In a year unlike any other, students should be proud of their achievements.

“It’s especially encouraging to see record numbers of young people from disadvantaged backgrounds with a confirmed place at university, and an increase in applicants accepted on to their first choice.”

On results day, there were additional calls to say that many poorer students were unfairly downgraded due to their socioeconomic situation. This is in response to figures showing that grades from private schools increased by 4.7%.

Since A-level results day, the government announced that A-level and GCSE results in England will be based on teacher assessments, instead of the algorithm-based grades, unless the grade awarded by the algorithm is higher. 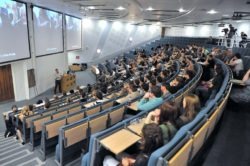