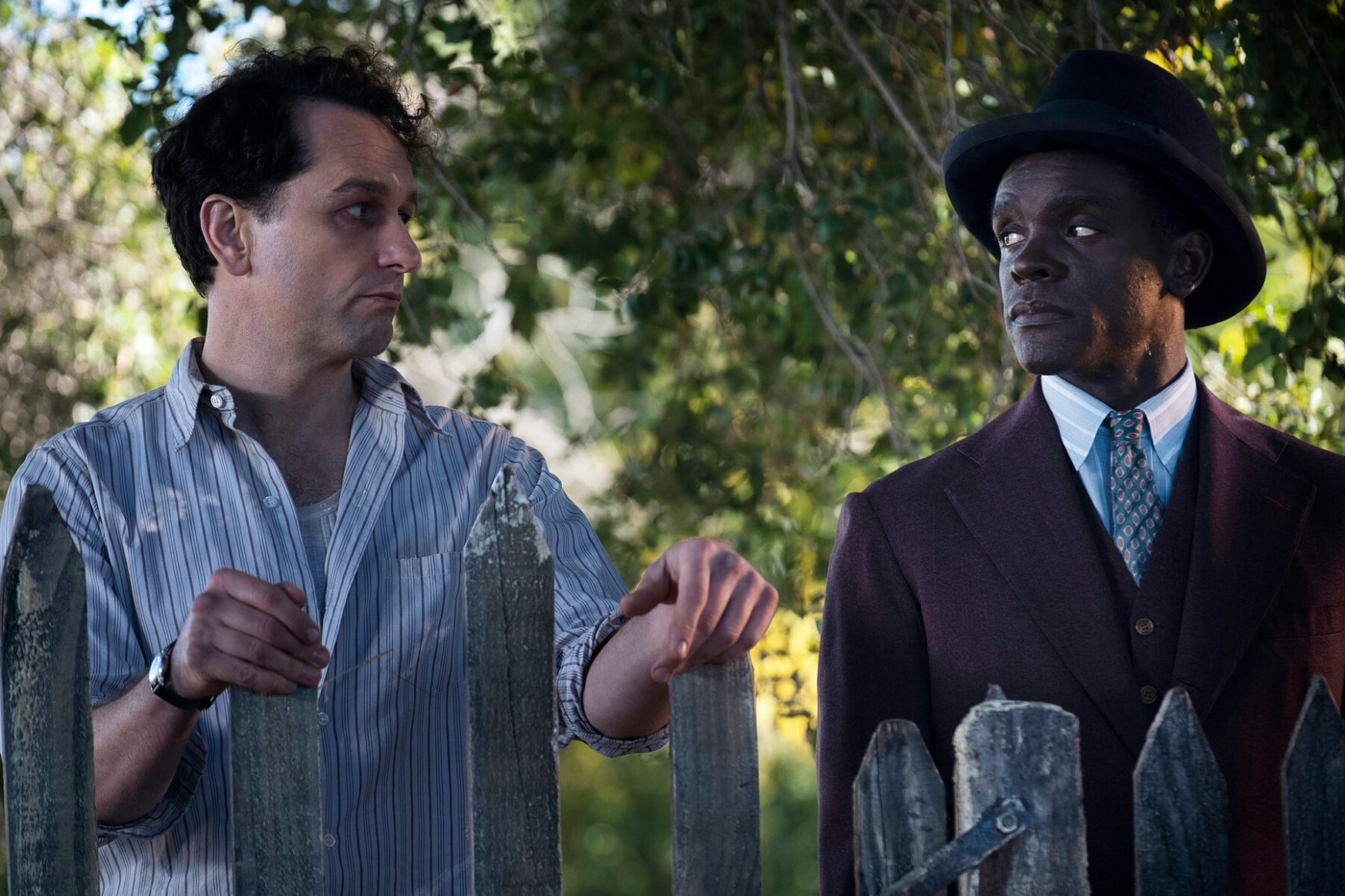 Perry Mason had a slow start, and it took a while to really find its stride. But when it did, it was hugely impressive, and now every episode feels more thrilling than the last. This is certainly true of ‘Chapter Seven’ – as Mason finally starts to make the case for the defence, plot threads are tying up and the show’s momentum is building to what I imagine will be a glorious finish.

It’s Mason’s turn in court and, on the back of information he’s acquired from Jim Hicks (Todd Weeks), the lawyer finally understands exactly what happened to Charlie Dodson. The question now is how he can prove it in court, and free his client. But, despite his assured performance as he finds his feet as a lawyer, Mason faces some issues at home. Meanwhile, Strickland makes a big decision after trailing a suspect, and Drake tries to help Mason. Sister Alice struggles with questions about her faith, and she is worried how it will play out when the day of Charlie Dodson’s resurrection finally arrives.

This was exciting stuff, with not a moment wasted. I’ve grumbled in previous reviews about not really seeing how the Church of the Radiant Assembly comes into the storyline, and ‘Chapter Seven’ answered a lot of those questions. It transpires that there is a significant involvement in the Dodson case (leading to a really brutal murder), and we have two brilliant scenes for Sister Alice. We get a bit of her backstory in the opening, learning that her mother essentially sold an underage Alice’s body for help (implicitly a lot more than the one time we see). A dark past was hinted at in earlier episodes, but I didn’t expect it to be as dark as Birdy sanctioning Alice’s abuse. It leads into a radio scene, when Elder Brown crops up with the lame man from last week, demanding to know why he can no longer walk.

But the big news is the resurrection, which winds up being the violent circus it is expected to be. Maslany shines once again, convincing as a person who both doubts whether she can resurrect Charlie, while knowing she must believe she can. The events of the scene lead to a clash with her mother, who attempts to save face with a solution to everyone’s problems and hold on to her position, and Alice runs. We end on a different kind of cliff-hanger, asking whether Sister Alice’s faith will be shattered by the events of the episode.

Things are on the up and down for Mason. He’s finally presenting a solid case that might be winning the jury around, exposing the Church’s crooked finances by getting Hicks and Baggerly on the stand. There are hints of the showman he’ll become, with courtroom theatrics and a few hits at the district attorney – Root plays it like he’s never faced someone like Mason before, and it shows. But, outside of the court, as his case comes together, there are issues. Mason pushes Strickland a little bit too far, and his partner quits. Their dynamic changed a little when they stopped being partners, and it would have been nice to explore it a little more, but it’s a fitting end (and happier than the death I anticipated). Less of interest is Lupe cropping up again – turns out her entire plot was buying Mason’s house, and it’s all dumped on us. This was by far the weakest part of the show, so I’m glad it’s through.

There are hints of the showman he’ll become, with courtroom theatrics and a few hits at the district attorney

It does give our other supporting cast a little more to do. Della shares a scene with Hamilton Burger, who it transpires is also gay, and it’s a nice character moment that I hope will be explored further now series two is confirmed. Drake turns up and helps Mason as an investigator, providing a key piece of evidence that helps reveal the tragic truth behind Charlie Dodson’s death (and it’s bleak, it really is). And, most surprising of all, a visit to the Chinese brothel gives Mason and Drake the opportunity to be funny – that’s something we haven’t seen too much of in this show. Mason’s embarrassment as he reads a catalogue of sexual positions is the funniest moment of this series so far, and it feels so true to the character.

‘Chapter Seven’ is perhaps the tensest episode of Perry Mason yet, and one of the most rewarding. Things are finally coming together, the plot is building and the acting remains on point. It’s going to be a long week until ‘Chapter Eight’ next week, but it’s going to be a worthwhile one to see how Mason saves his client. Will we get a famous Mason courtroom confession?