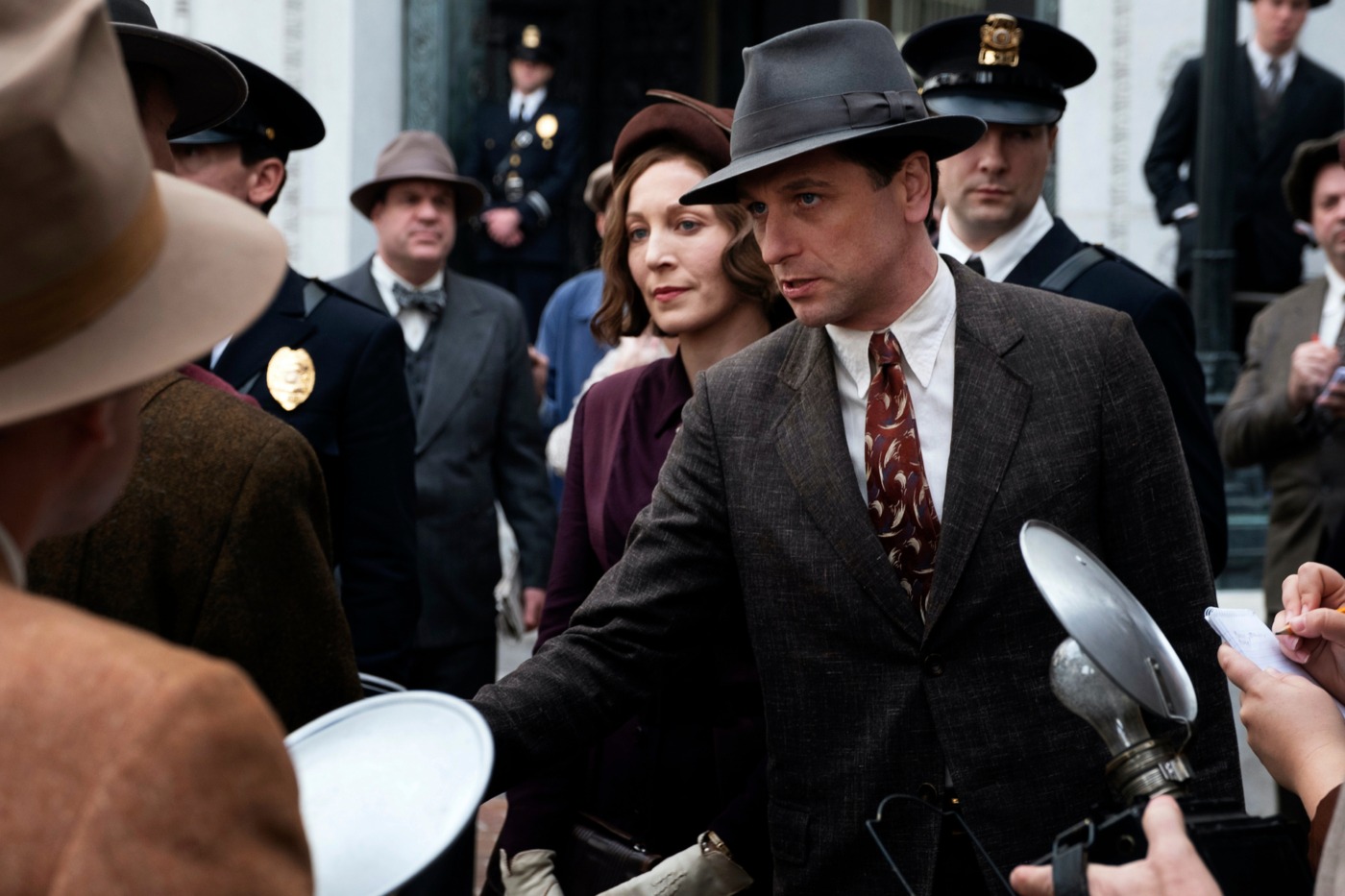 The end of the Dodson case is here and, with it, the conclusion to this first season of Perry Mason. It wraps up, if not on a high, then somewhere close, with a conclusion that mostly works. The show’s characters continue to be its greatest strength, although it falters in the resolution of some of their arcs.

Mason wants to put Ennis on the stand in the hopes that he can break the detective and extract a confession, but his team are sceptical of the strategy. They do not think that the evidence is there to make the case, even though all of them know Ennis to be guilty. Della pushes Mason to call Emily, but the lawyer is worried that Barnes will make mincemeat of his client on cross-examination, destroying his case with innuendo and bravado. The trial comes to a close, but will Mason’s efforts have been sufficient to save Emily from the gallows for a crime she did not commit?

We begin ‘Chapter Eight’ with Mason versus Ennis, the courtroom confrontation we’ve wanted to see all season. Mason builds a case and thinks he’ll get Ennis to crack, until Burger stands up in the middle of the courtroom, telling him that no-one confesses on the stand. It turns out that this is all just a run-through, a practice for a day in court that winds up never happening, and it’s a nice subversion of the classic Perry Mason trick. Things don’t wrap up that cleanly and, if I’m honest, I’d have been disappointed with that.

The show’s characters continue to be its greatest strength, although it falters in the resolution of some of their arcs

Emily takes the stand, giving Stephen Root one last opportunity to be the smarmiest DA alive, and then Mason presents a closing statement – this is the absolute highlight of the episode. Rhys sells this monologue, delivered in a heartfelt way, about the values of justice and righting the wrongs of the world, and it’s hard to believe that anyone would see that and not support him. He has shone all season as Mason, and he goes out on a true high, becoming the character that he was always meant to be.

Half of ‘Chapter Eight’ is intended to resolve the Dodson case, and the other half is manoeuvring pieces into place for season two. Della sets Mason up in a law practice, but in such a way that she makes it clear she knows what she’s worth. Della tells him that, when money picks up, they’ll hire a secretary and she’ll become a lawyer herself. It’s then revealed that Drake has joined the firm as lead investigator, and the Mason trifecta is finally assembled. These three actors have been brilliant all season, and I’m looking forward to seeing them all finally work as a team. (Also, if you’re a book nerd like me, the firm’s first client is Eva Griffin, from the first Mason book The Case of The Velvet Claws, a nice nod.)

Despite strong performances, there were elements of this finale that didn’t sit too well with me. Mason’s efforts succeed in causing a deadlocked jury, and that leads the judge to declare a mistrial – it’s not a neat win, but it is a win. But it’s really cheapened by the revelation that Mason asked Strickland to bribe one of the jurors, something that doesn’t sit right with his character. It’s certainly Strickland’s limit, as he finally quits and chooses to go and work for Burger (although that likely means Shea Whigham will return next season, so that’s all good).

Lupe reappears for a few scenes, neither of which are overly satisfactory, but she’s been wasted all season. More bizarrely, both Birdy and Sister Alice barely feature and, given their importance to the story, it feels a massively missed opportunity. The cliff-hanger last week was heavily centred around their faith and conflict, and then it’s mostly gone. Emily is happy to accept the baby Birdy provides as the resurrected Charlie, and begins a new religious tour with Birdy. Sister Alice and Mason share the final scene, debating the value of searching for absolute facts and faith, and it’s brilliantly done. It does makes you wish the show had used Maslany in a better way – Sister Alice and her motivations remained almost entirely ambiguous, right to the end.

It was an uneven finale that mostly worked despite being rushed in places, and sets up a promising second season of the show

The most frustrating ending, though, was that of Ennis. Andrew Howard has been a formidable villain all season and, although the hope that Mason would destroy him on the stand was swiftly dismissed, we knew he had to face justice. But the way it happens is bizarre – he and Holcombe head out to a casino from earlier in the season, and Holcombe has Ennis drowned in a fountain. It really comes from nowhere, and it’s a disappointing end to Ennis’ reign of terror.

It was an uneven finale that mostly worked despite being rushed in places, and sets up a promising second season of the show. The rewriting of the Perry Mason story initially proved hard to get into, but it swiftly became essential drama viewing – a high-class production, mixed noir and the court with stellar character work. If you missed out, make sure you catch up with this origin story.