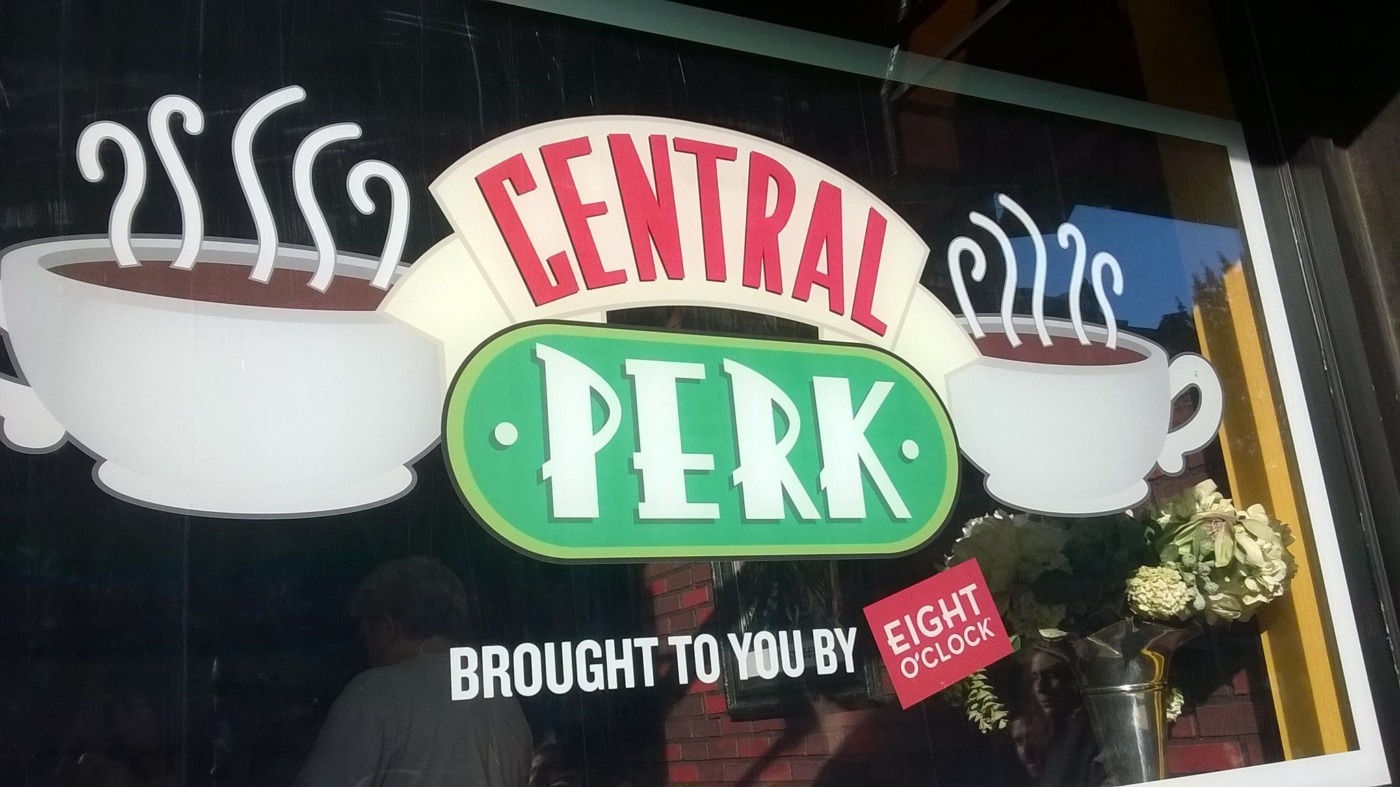 Nowadays, you can pretty much buy anything with the Friends logo on it. Walk into your local Primark, and somewhere among the racks of clothes will be a section of the shop devoted to Friends merch. It’s easy enough to find other Friends-branded gifts with a few clicks. There’s plenty of merch out there, but somewhere in the world there is a marketing team thinking of new ways to squeeze just a few more billion dollars out of an already lucrative franchise.

Their newest idea is to venture into the world of books. The main attraction is Friendsgiving: The Official Guide To Hosting, Roasting and Celebrating With Friends, a Thanksgiving-themed book containing recipes from the show and Friends-related entertaining tips. Meanwhile, a Central Perk light up sign comes with a 48-page book detailing the history of the Friends’ favourite place to hang out.  You can almost hear Chandler Bing making fun of them. Could they BE any more pointless?

For one thing, how many more recipe books does the world really need? The recipes Friendsgiving offers are really not that unique. We’ve got ‘I Hate Rachel Club’ yams, ‘Righteous Mac ‘n’ Cheese’ and Chocolate Chip Aggression Cookies.  What’s special about them, if anything, is that they come in a book with the Friends logo on the front. That is the limit of its USP.

I’m not American and I don’t celebrate Thanksgiving, but I still wonder if people need to be taught how to entertain guests. Many Americans will have done it for long enough to not need instruction. As for those who are new to entertaining, we can look to the show itself to prove that you can enjoy the holiday just fine without a book to guide you.

Although the first Thanksgiving the friends celebrate together in the ninth episode of the show sees the dinner burning and the group having their first big argument, they still enjoy themselves in spite of the farce their celebrations turn into. Having a book on entertaining around wouldn’t have helped them out. It might have made good comedy though – any Friends fan would know that Monica would stick very strictly to the instructions and her friends would get very irritated.

We’ve fallen in love with the series all over again in recent years, to the point where it was found to be the favourite TV programme for young people in the UK last year

If Friendsgiving seems like a pointless cash grab, All About Central Perk is something else. That book isn’t promising to share with us anything new. Indeed, there’s not even that much history to Central Perk that the book could even divulge. As you would know if you’ve seen the series three episode ‘The One With The Flashback’, it only opened a year before we met the six friends, having previously been a bar, and that is virtually all there is to the story. It’s only a backdrop; the real stories centre around the characters, as they should. A light up sign could still be sold on its own, and it probably won’t be bought for the book that’s almost carelessly thrown in as a freebie.

At the end of the day, however, will people want to buy these books? Probably. We’ve fallen in love with the series all over again in recent years, to the point where it was found to be the favourite TV programme for young people in the UK last year, and they might not have even been alive when the show first aired. For the rest of us, we return to it over and over as a way of satisfying our cravings for nostalgia for a simpler time unblighted by Brexit and coronavirus. Even I own some Friends merchandise. It’s a given that companies will cash in on it. The Friends resurgence won’t be dying down any time soon and neither will the production of endless quantities of merchandise.

Is Friends really that problematic?