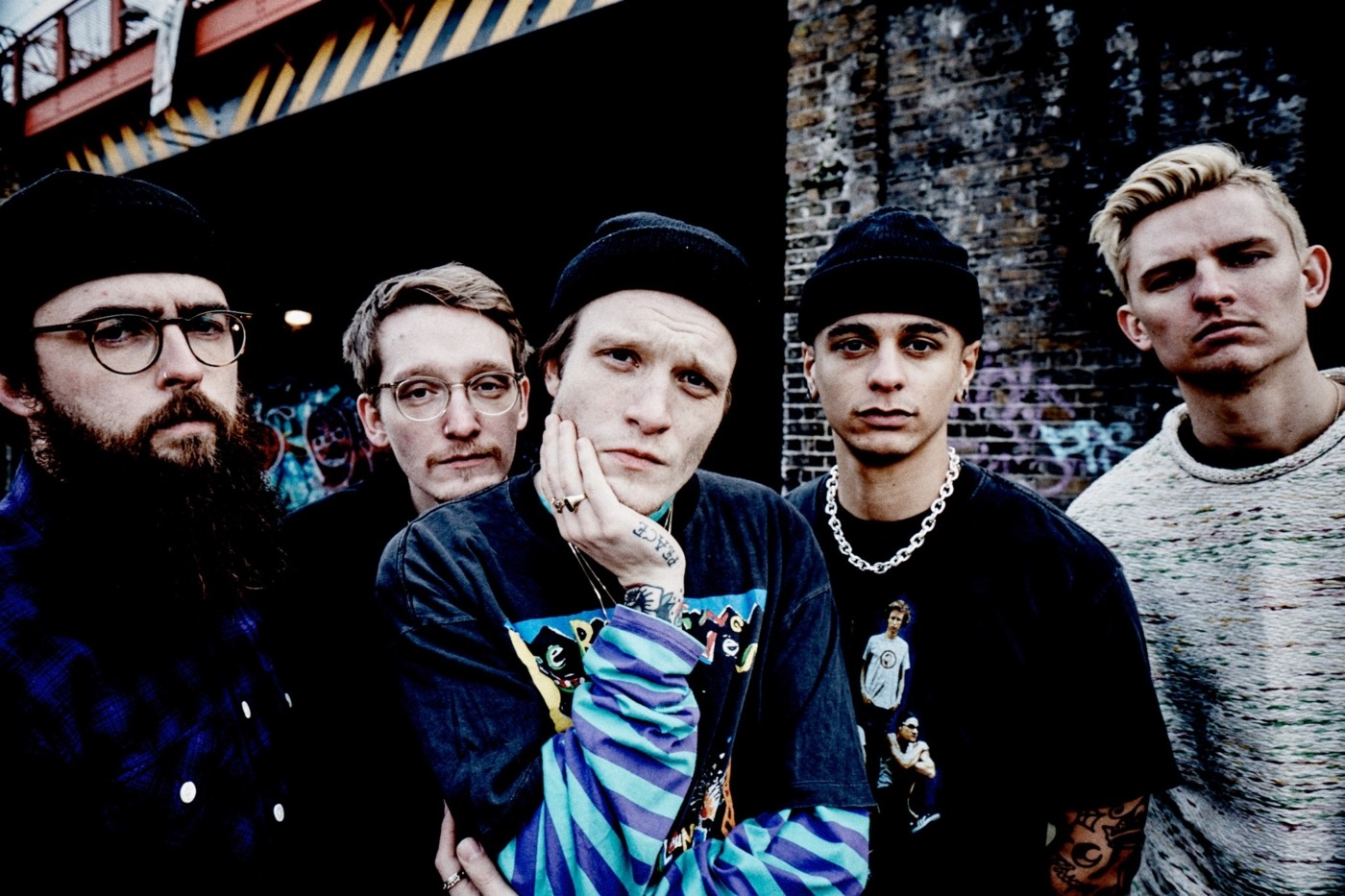 Welcome to Sonderland: a world much like our own (well, in normal times anyway) but with a subtle difference. There is an awareness that every stranger’s life is as vivid and complex as your own: this is the landscape of Neck Deep’s fourth album, a concept record telling of a love story between two characters named Jett and Alice, set to a soundtrack of straight-up, easy-going pop-punk.

Make no mistake: this is definitely not an album to listen to if you’ve just been dumped. Around two-thirds of All Distortions Are Intentional, if not three-quarters, consists of sweet yet highly emotional songs that chart the movement from infatuation (‘Fall’) to the realisation of love ‘(When You Know’) to the epiphany that “love conquers all” (‘I Revolve (Around You)’).

Frontman Ben Barlow has already proven on past albums that he can nail a love song and he succeeds multiple times in repeating that this time around. It’s easy to appreciate the genuine heart in these songs and it works best in tracks like ‘What Took You So Long’ where his sentiments are at their most mature and profound – “You are the difference,” he declares, “you make me significant/You are significant.” Overall though, it’s a fairly mushy fare. That’s not always bad, but it becomes a little saccharine when he delves into overwrought planetary metaphors on ‘I Revolve (Around You)’ which feels a little cliched.

In fact, sometimes the album shines brightest when Barlow isn’t singing about love. There are whispers of social commentary woven into the background and it is this that makes ‘Telling Stories’ such a highlight as Jett bemoans the difficulties of “never having a real job” in a world where what’s valued “[is] not the things you know, it’s the friends you make”. The main threat posed to Jett and Alice’s relationship is his mental health and this is explored in raw and eloquent detail on ‘Sick Joke’: ‘To be completely honest/I’d rather be dead or asleep”, Barlow admits. It’s a side of the story we don’t hear enough across the record, and consequently, the whole concept lacks a bit of detail and feels a little too thinly veiled.

Sonically, the band promised a ‘classic Neck Deep sound’ on All Distortions Are Intentional and that is certainly what you get here. It feels like a fairly natural evolution, almost a continuation of the softer aspects of the sound of 2017’s third album The Peace and the Panic. What we have is a collection of pleasant, easy-going, radio-friendly pop-punk songs closer in lineage to All Time Low and perhaps Blink-182 (which makes sense considering Matt Squire worked with the former) than to, say, A Day To Remember.

It’s rock enough to just about satisfy longtime fans who fell in love with the band in the days of 2014’s substantially heavier Wishful Thinking but inoffensive enough to play around your parents. For some, it might be too placid for its own good: it’s an album you can imagine wearing woolly cardigans and cooking you homemade stews when what you really want from pop-punk is an album you can imagine going on road trips to the beach with.

Regardless, it’s a sound the band are clearly good at and they make a mostly cohesive record out of it. When they deviate from that sound, it doesn’t come off well. ‘Quarry’, essentially a glorified interlude, is a jarring outlier with thick layers of distortion and autotune and it’s all a bit weird. Meanwhile, the semi-acoustic ballad ‘Little Dove’ feels oversweetened and forgettable – it’s a move too many other bands have made in the name of variety.

There is one final complaint applicable to virtually the whole record. Ben Barlow’s vocals have been pitch-corrected and generally messed about with way too much. At best, it sounds artificial, at worst, it sounds awkward and uncomfortable, especially with the high notes on lead single ‘Lowlife’. The worst part is that he doesn’t really need it. He can sing fine without it, and there’s no need for him to scramble for notes that may be a bit out of his range.

The album’s closing track ‘Pushing Daisies’ is a stylish attempt at an epic closer to a pop-punk opera that never was. It’s a reminder of what All Distortions Are Intentional could have been but it still remains as a record of potential that was never realised. This is a solid and enjoyable listen, but as far as music goes, it is not exactly groundbreaking.