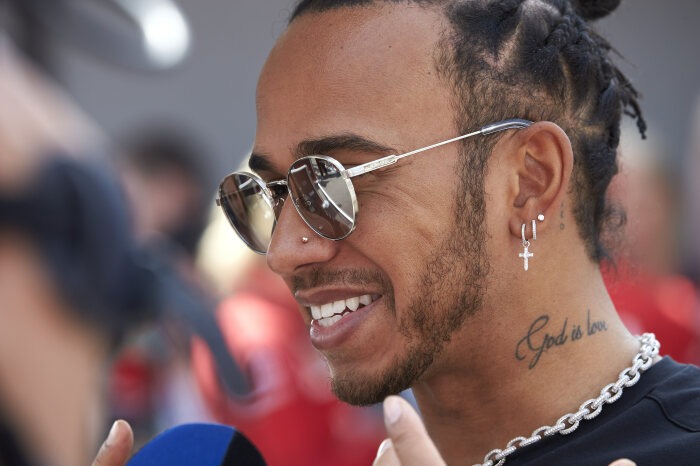 Lewis Hamilton proved dominant in this year’s Spanish Grand Prix, comfortably leading from the start. He described it as one of his best drives, and it’s good that he enjoyed the race because little else happened.

After his win last week, it was predicted that Verstappen would pose a challenge to the Mercedes driver. Indeed, Toto Wolff said that Verstappen was the favourite because he had shown stronger pace during practice. But, come the main event, Hamilton was always in command – he began on pole and never relinquished first place.

Hamilton increased the pace throughout the race and was uncatchable

Sticking to a carefully controlled pit-stop schedule, Hamilton increased the pace throughout the race and was uncatchable, crossing the finish line with a lead of 19 seconds even after a lap 50 pit.

Bottas made up the other half of a Mercedes front row, but a poor start dropped him to fourth on the first lap, behind Verstappen and Lance Stroll. The Finn got by Stroll within five laps, but Verstappen kept him out of range through the first pit stop. Mercedes ran him for longer in the second stint, stopping seven laps later, but Bottas was unable to gain any ground. He claimed the bonus point for fastest lap, but the gap between him and his teammate in the championship is now 43 points.

Sergio Perez and Stroll made up the rest of the top five, the former with a five-second penalty for ignoring blue flags that dropped him down to sixth, and both were a lap behind Hamilton.

Down the field, there were few surprises. Sebastian Vettel, running a one-stop strategy, managed to rise from 12th to finish seventh. Unusually, he placed above his teammate, Charles Leclerc, who was forced to retire. An electrical fault cut his engine on lap 36, and although he managed to the car going again on the second attempt, he eventually retired on lap 41.

I didn’t even know it was the last lap, I was so zoned in

After the race, the top three drivers shared their thoughts. Hamilton said: “I was in a daze out there. It felt really good. It was a fantastic effort from the team. It was a surprise because we had that problem with the tyres last weekend, but we seem to have understood it. I didn’t even know it was the last lap, I was so zoned in. I thought for a little bit about going for a one-stop strategy.”

Verstappen said: “It was good to split the two Mercedes, I didn’t have the pace like Lewis but I’m happy with second. The start was crucial to get ahead of Valtteri, then I was just trying to go at my own pace. I expect more. After the second stint, I was happy with my tyres and Valterri wasn’t catching, so I felt comfortable. We keep trying to improve but [Mercedes] keep pushing, so we’ll see.”

Bottas said: “The start was the key point. I lost a position and then had to push hard to make ground and suffered the tyre condition. In stint two I was behind Max and everyone knows how hard that is. Off the start, Lewis got away and I did not have a tow like those behind. It didn’t really work for me, I was kind of sandwiched.”

After next weekend off, the drivers will take part in the Belgian Grand Prix on 29 August.

We’re not that far into the season, and it already feels like a formality. Lewis Hamilton is going to win his seventh world championship title, and he’s going to surpass Michael Schumacher’s all-time record of 91 wins (this win was the 88th of his career). He’s already beaten the previous record for most podium finishes, as Spain marks his 156th. It’s undoubtedly true that he is one of the greatest of all time, but this is a hugely underwhelming season in which to prove it.

There is no illusion that a title fight is actually taking place. The only person who has a car anywhere near as good as Hamilton is his teammate, and Bottas does not realistically believe he’s going to win. He said: “I have no idea what the points difference is, but it is way too big and I can see again the championship drifting away. I will always bounce back, but right now I want to be somewhere else other than this.”

Hamilton talked about the drive afterwards, describing it as if he had found another level, and he probably has. It’s easy to focus on the pure art of driving when there’s essentially no doubt you’re going to win.

It’s good to have the F1 back, but Hamilton finished this race with a nigh-on 20-second advantage simply through outpacing his rivals, and that’s incredible. This is rapidly shaping up to be a competition with no real sense of competition, and it’s rapidly losing the magic for that reason – the way it’s heading, 2020 is not going to be an especially memorable F1 season.