Last Night I Watched: ‘The Farewell’

All brilliant stories are based on conflict. Characters must experience hardship if viewers are to sympathise with them. Cultural mediums, to some extent, must reflect the experiences humans endure to resonate with new generations.

A characteristic of conflict throughout history is lying: deliberately manipulating information to express something that isn’t correct. It is the art of great filmmakers that this concept can be continually adapted while remaining true to the theme of deception and the unbelievable conflict this can create.

The Farewell, released last year to critical acclaim at the Sundance Film Festival, conveys deception in expert fashion. Nai Nai (Zhao Shu-zhen), residing in Changchun in China, has been diagnosed with stage four lung cancer. There is no stage five. With only months left to live, Nai Nai’s family keep her prognosis a secret. The dilemma, indeed, the moral conflict, is in place. Covering blissful ignorance and family hierarchies, the film demonstrates how health matters go far beyond the individual biologically affected. Directed by Lula Wang, the story is based on the lived experiences – and hardships – of her own grandmother.

The film’s protagonist Billi Wang (Awkwafina), Nai Nai’s granddaughter, is an aspiring writer based in New York. Alongside her mother Lu Jian (Diana Lin) and father Haiyan Wang (Tzi Ma), they effectively explore questions about where home really is. Billi longs for success in America while regularly keeping in touch with her grandmother. Haiyan Wang saw opportunity and a better life in the West while understanding the social neglect this would mean for his mother. It is Nai Nai’s family, not the grandmother herself, who endure the most severe emotional turmoil during the film.

A wedding between Hao Hao (Chen Han), Billi’s cousin, and Aiko (Aoi Mizuhara) is a convenient excuse for bringing the entire family – spread across America, China and Japan – together to see Nai Nai for the last time. Nai Nai’s unhealthy blissful ignorance remains.

Billi is almost a synecdoche for the audience in her internal conflict and repression. Her Western values would suggest truth is the most important characteristic. Her parents, however, regard their action as beneficial to Nai Nai’s health. Better that the family collectively deal with the pain and upset of the grandmother’s premature death than she individually suffer towards the end of life. Billi reminded me of Daniela Vega’s character in Sebastian Lelio’s A Fantastic Woman (2017), who is made to feel like an outsider everywhere she travels.

Wang thereby contrasts different value systems – Western, or specifically, American – individualism, not least over health care, and Chinese collectivism. When contemporary political debates are dominated by moral conflicts between the West and China, the film stresses the importance of distinguishing between the Chinese government and values of Chinese people.

Both Wang’s directing and writing deal cleverly with how lies endure. Because deception is socially disapproved, it is unnatural to witness law-abiding citizens concealing the truth from a loved family member. While Billi’s parents argue that they are acting in Nai Nai’s best interests, Billi’s modern generation believes honesty and the truth – no matter how much it hurts – are more important. The Farewell is reminiscent of Felix van Groeningen’s Beautiful Boy (2018) in that Steve Carrell’s character was in permanent denial, permanently lying to himself, about the extent of his son’s drug abuse.

The Farewell occasionally struggles with its pacing. Drawn-out scenes, as the wedding awaits, at times, provide little depth into either Billi’s internal conflict or the societal conflict of values.  Shots of Changchun, while contrasting America, convey very little about either the characters or universal themes. The film is at its best when it has personal meaning. Lovely scenes between Billi and an underwritten Haiyan Wang convey that the inevitable grief and sadness crosses intergenerational boundaries. Scenes around Hai Hai’s dining room table highlight the irony of her ignorance. With only months to live, she is the one organising dinners and caring for the jet-lagged visitors. Though Nai Nai doesn’t know it, her family have become ill with mournful regret at the time not spent together during her healthy years.

At The Farewell’s heart is a story of love, mortality and morality

For the most part, Wang keeps the action moving. The denouement of the wedding is the culmination of internal repression. Characters are finally able to reveal their upset, masking the tears as happiness at the marriage. Billi, while initially told to remain in New York for fear of telling the truth, can confide in Nai Nai. Early in the film, she faced a Guggenheim Fellowship rejection letter. Only with Nai Nai’s death on the horizon is Billi finally able to entrust the rejection that she has repressed, her lie, in her grandmother. In this, the film evoked Andy Hamilton and Guy Jenkin’s What We Did On Our Holiday (2014), where Billy Connolly’s character, knowingly diagnosed with terminal cancer, was far more light-hearted with his grandchildren than his healthy contemporaries.

At The Farewell’s heart is a story of love, mortality and morality. Is it better for a terminally ill human to know their death is imminent? Could the anticipation of death kill them faster than the biological condition itself? Wang smoothly covers these engrossing themes of human longevity in an enriching, sensitive manner. While no human ever truly knows when their time is up, The Farewell suggests that certain circumstances exist where ignorance could be better. In a Western knowledge-driven culture, this is a surprising, and almost freeing, perception. Though these philosophical and social arguments will continue to dominate humanity for centuries, there is no conflict about whether this film intelligently contributes to that discussion. 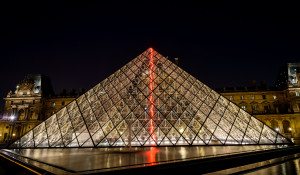