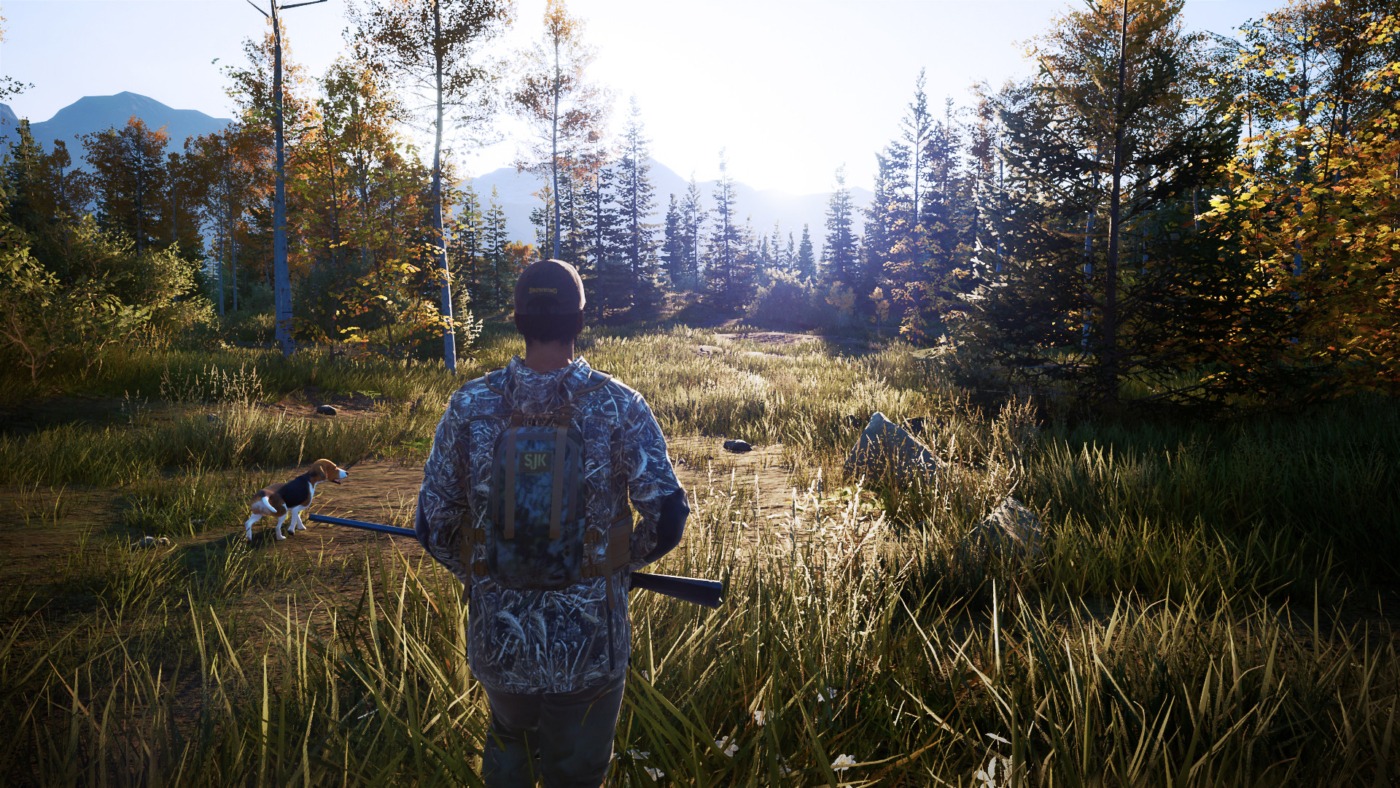 I’ve never played a simulator game before but, since we’re all trapped inside for quarantine, I thought being outdoors and hunting (virtually) would be fun. I almost went on a hunt in France when I was thirteen, but my mum wouldn’t let me, but I did see some wild horses in New Forest once. I guess you could say I’m a bit of an outdoorsman.

Suffice it to say, my first hunting trip did not end well.

I tried to hunt the most dangerous game of all –  a big-horned sheep –  but my dog lost the scent and I could not for the life of me pick up the trail. I returned to the lodge, head hung in shame, and I bought all the licenses I could afford so that next time I went out I could hunt everything.

On my next hunt, I went into the plains to try to give myself more visibility. While I found quite a few cougars, I was immediately fined upon shooting them for using the wrong calibre bullets.

The world is pleasant enough to spend time in, but it feels defeating being out for 40 minutes and finding nothing

After this, I thought I’d give the game one last try. For the purpose of reviewing, I knew it was hardly okay for me to just say “this game is too hard for my baby-city-boy-self” and call it a day. Instead, I put on every bit of camo clothing my household had, cracked open a light beer, and went deep into the woods.

The first thing I noticed was how nice the forest sounded; I could hear birds, leaves rustling in the wind (though they didn’t really seem to move) and a stream in the distance.

The trailers and tutorial really focus on the hunting dog you have, so I told Jackson (that was the most hunting dog name I could think of) to search for clues. The dog mechanics are… interesting. There are different types designed for different games, and each dog’s stats can be improved through practise and encouragement: a nice little mechanic, if not a little tedious. After a solid 20 minutes of ambling, I was losing hope but, just as I was about to give up, Jackson found a big-horned sheep track, only to then lose it two minutes later.  I found it quite annoying that you couldn’t issue commands to the dog whilst moving, they require controls that don’t overlap at all, so all it did was slow me down.

Another 20 minutes went by and he eventually found a deer track, only to lose it again pretty quickly. We then found a plant a moose had apparently chewed on, so Jackson set off and I diligently followed. The world is pleasant enough to spend time in, but it feels defeating being out for 40 minutes and finding nothing.  Maybe that’s what real hunting is like.

I do not understand how hunting works in real life, in terms of the legality of it all, but the game certainly lays down the law

Once we were properly on the heels of the moose, the game started to feel incredibly exciting. Going from old, dull prints to fresh ones is motivating in a very primal way – the lust of the hunt takes over.  When we eventually caught up and I spotted the moose across a river, I was so excited that I missed my first shot. My second one quickly brought him down though, and I was so happy I think I audibly cheered. I had a taste for blood, and I wasn’t going to stop there.

I saw another moose, but was told I didn’t have the necessary license. It turns out each license only allows you a certain number of each animal.  I do not understand how hunting works in real life, in terms of the legality of it all, but the game certainly lays down the law.

If you’re out hunting an elk and you instead come across a white-tailed deer (look at me, learning about animals), you’ll see a big red warning informing you that you do not have the correct license. If you shoot it anyway you get fined. This also happens if you shoot an animal with the wrong calibre bullet, which I did find irritating, as I wasn’t quite sure how I was supposed to know which calibre round was right for each animal.

This information is available in your hunting lodge – a sort of hub where you can buy supplies and look at your hunting trophies – but once you go out on the hunt there’s no way to access it, meaning you need to remember it or note it down. Unfortunately, there is no notebook item which seems an odd oversight, as surely most hunters would have useful notes to hand.

I spent the next two hours tracking two deer and two big horned sheep, getting all of them with perfect headshots. I have no idea if this made them more valuable, but it felt like an achievement to me.

Overall, once I got to grips with reading the bearings of the animal tracks – the game tells you which way they’re walking, but only in the form of compass bearings – the game became a lot more fun. I could go in roughly the right direction and remain on their tail, even after Jackson had gotten lost, and so I was having a lot more success. The thrill of finding fresh tracks proved a powerful motivator and kept me hunting for a solid three hours before I put my controller down.

The key problems with the game are quality of life issues. I put a moose marker down on the map, thinking it would allow me to return to a pile of poop (never thought I’d type that) in the event Jackson lost the trail. Instead of a small X or a coloured marking, a huge shield with a moose silhouette covers much of the map. You can only place one small waypoint at a time, so it’s impossible to chart an animal’s route accurately.  This seems like something a real hunter would do, so why does this simulator only allow for huge symbols and a singular X?

The lack of an easily accessible menu with information like the correct bullet calibre, habitats, behaviour based on time of day, etc, makes hunting feel more like random chance than a thought-out skill. The customisation options also left me with some confusion, as describing clothing as ‘visibility – low’ can be interpreted either as making me less visible, or being bad for the visibility stats, thus making me more visible.

My final complaint stems from the overlapping of two tracks, of which I’m not sure is a bug or a feature. When I was tracking a bear, Jackson suddenly jumped onto a deer track instead and refused to return to the bear track even when I retraced my steps to the start of the tracks. It can normally be pretty finicky trying to get your dog to follow a specific track, but it’s especially frustrating when two overlap.

This game can be fun if you have a decent few hours set aside to learn how to hunt properly, like hunting in real life, I imagine.  Sometimes you get nothing, other times very little, but the rush when you bag the animal you’ve been hunting for the last 40 minutes is phenomenal and often well worth the wait.