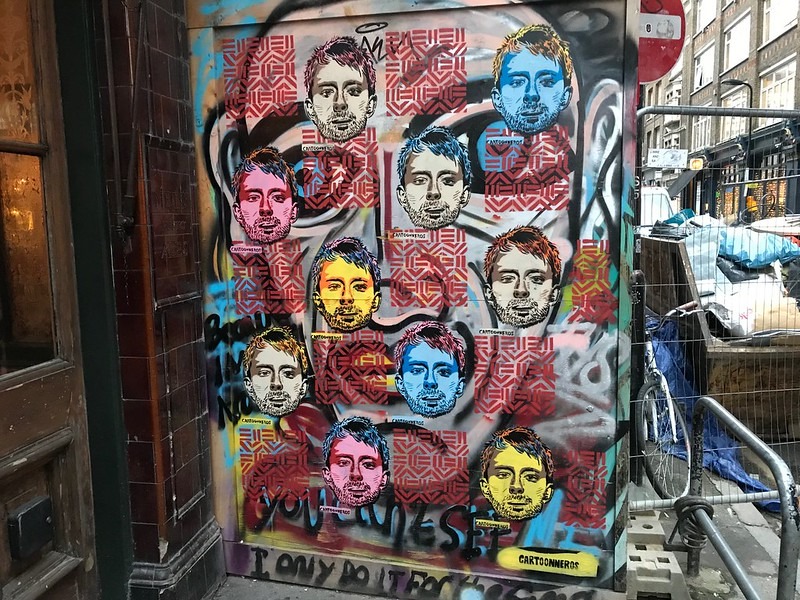 With devices of every shape, size and function at many of our fingertips, life has definitely become much faster in the last two decades. As a result, much of what we would otherwise experience passes us by unobserved, like the calling of birds on an autumn morning.

The power of Thom Yorke’s music is partly manifested in his ability to enrich our sensory experiences. It’s a phenomenon many of Yorke’s listeners describe in wonder. For thousands of fans, the jarring, brooding and provocative elements of his versatile sound have the ability to heighten sensory experiences and stimulate observation.

The singer, multi-instrumentalist and songwriter is known mainly for his success as the frontman to British rock band Radiohead. Yorke’s projects, however, extending to multiple solo albums, film scores and an impressive range of collaborations, including his band Atoms for Peace, make him a staple in alternative and electronic music. It’s in his solo albums, however, that Yorke is at his most experimental.

Monumental Radiohead records such as OK Computer and In Rainbows touch on similar subjects as Yorke’s solo albums. Deep cuts like ‘Paranoid Android’ or ‘Videotape’ delve deep into the root of technological dependency and innovation. Though his spartan, electronic sound lacks some of the sonic depth of Radiohead records, his solo works are equally as rich and captivating. In ‘Traffic’, Yorke shows off his ability to transform the mundane into something entirely different, mesmerising and hypnotic.

Yorke believes in bringing people together through art and music, rather than fostering division through cultural boycotts

In an interview with XL Recordings, Yorke describes his thoughts behind his 2019 electronic release ANIMA. The title itself is taken from the Italian word for ‘soul,’ but also alludes to the psychological writings of Carl Jung. Yorke refers to the anima as kinds of avatars, which we send into the digital world in our stead.

One of Yorke’s concerns seems to be our propensity to mimic these devices in our own behaviours, particularly when it comes to politics. He comments on our disturbing ability to switch between comedy and news channels as if their contents were equally whimsical – as if the politicians on our televisions were just another set of characters from our favourite sitcom.

Throughout his career, Yorke has not been shy about his political beliefs. In 2017, for example, he insisted on performing in Israel against much outrage. He wouldn’t be bullied by media and the divestment movement, which criticises any international, cultural ties to Israel due to its government’s actions. Controversially, Yorke believes in bringing people together through art and music, rather than fostering division through cultural boycotts.

Many appearances at climate change conventions and open support for Greenpeace and Extinction Rebellion give away his deeply rooted passion for environmentalism. One of his most hauntingly beautiful tracks, ‘Dawn Chorus’ from ANIMA, plays upon the moment just before the dawn when birds begin their calls. In certain parts of the world, this glorious chorus has gone completely silent due to human industrialisation.

Thom Yorke, with his candid, unfiltered – albeit enigmatic – music, is only reminding us of what we already know is wrong

Yorke told Zane Lowe that “there’s a power to a coherent form of anger” and goes on to praise the work of Extinction Rebellion – in particular, for its ability to galvanise people into action. In an interview with NME, Yorke laments his generation’s fault in the climate crisis and admits: “That’s why I find it wonderful seeing now, my son is studying politics, and to realise how much [the younger generation] consider it something important, to be lying in the streets and getting involved – thank fuck.”

He also reveals a cliché he repeats to himself: “you know you’re in trouble when people stop listening to sad music.” These are words Yorke uses to voice his concern at our tendency to avert our gaze from horrific realities and slip into comfortable denial. When we’re sad, we often want to revel in other people’s sadness through our consumption of art or music. If we no longer want that connection, we could be shutting ourselves off from working through our pain. Without working through it, we might stop believing things can ever change.

Thom Yorke, with his candid, unfiltered – albeit enigmatic – music, is only reminding us of what we already know is wrong. The sentiment, however, is not one of despair but of encouragement. His records make us look at social and political crises straight in the eyes, and don’t let us shy away from them. They remind us of difficulty only to show us the essence of ease. 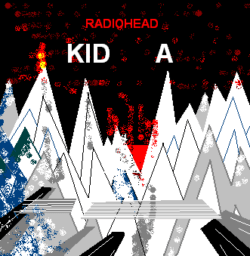