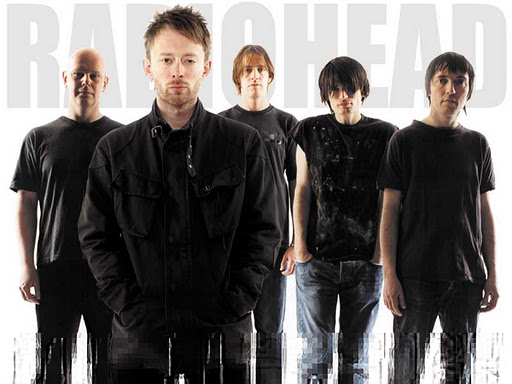 Radiohead’s ‘The Bends’: the resurrection of art-rock

By 1995, Radiohead wanted to exorcise the ghost of ‘Creep’. Its relevance was waning thin, and the band, rightfully so, felt it grossly misrepresented their capabilities. Their answer was to produce an album which fused art-rock with the ever-popular alt-rock, resulting in the album many would consider one of the top two best Britpop albums of that year: The Bends.

Despite its complicated birth, as is common with many great records, it earned Radiohead significant airplay and its stature has grown immeasurably over the years, regardless of the legendary status of its successor OK Computer (1997). The Bends proves to be Radiohead’s only unadulterated rock album and a melodic tour de force.

The record kicks off with the dark and dystopian ‘Planet Telex’, which undoubtedly asserts frontman Thom Yorke’s presence as a singer/songwriter and the band’s confidence in the studio. The vague lyrics work well here. The song is a sonic onslaught: textured rhythms on the guitars, Phil Selway’s kinetic drumming and the spatial keys being a mainstay of the track. The anguish in the chorus and its melody aptly captured the alienation many adolescents felt in the nineties and still captures the sentiment of people living in Britain today.

Yorke’s lyrics here are idiosyncratic with its criticisms of consumerism and the warped nature of modern love, put in a way only he can

‘Fake Plastic Trees’ is one of Radiohead’s best ballads ever put to tape. Its structure is reminiscent of David Bowie’s 1969 ‘Space Oddity’, with the instrumentation swelling to a fulfilling climax at the third verse with the choruses merely acting as the falling action of the song. Yorke’s lyrics here are idiosyncratic with its criticisms of consumerism and the warped nature of modern love, put in a way only he can. It’s also the song on which Yorke felt he finally found his footing as a singer/songwriter.

The Bends concludes with the pensive and depressing ‘Street Spirit (Fade Out)’. Ed O’Brien’s disconcerting arpeggios provide the backbone of this beautifully haunting track in which Yorke negotiates with the idea of death. The song unfolds elegantly as the instrumental becomes fuller and fuller as it reaches the four-minute mark, leaving Yorke to concede that we must immerse ourselves in love to cope with the daunting realities of life.

John Leckie’s production here is the major reason why this album is both so enjoyable and so different from its contemporaries – especially in the UK. The transatlantic feel to the production enables for the melodies to be pronounced and for the tracks to come alive when played. Jonny Greenwood’s guitar sections on tracks like ‘The Bends’ and ‘Just’ sound so fiery and authoritative, providing the tracks with a sound that is distinctly nineties Radiohead – these tones are also present on their opus two years later.

The production allows for certain sentiments to be sold on different tracks. On ‘Black Star’ and the aforementioned ‘Planet Telex’, the production helps to sell how the speaker’s world is falling apart: be it through the increasing pronunciation of the intricate guitar work on ‘Planet Telex’ or the augmentation of the ever-present chord progression on ‘Black Star’. The dreamlike state is sold on songs like ‘(Nice Dream)’, combining the bold layered acoustic guitar intro and interplay between the string arrangement with Yorke’s melodic chorus.

At its core, The Bends is still a great alternative rock album – among the finest of 1995, alongside the likes of Mellon Collie, and even better than offerings of Radiohead’s British contemporaries Blur and Oasis. This is the sound of a band who know exactly who they are and exactly where they’re heading. It will always be a unique part of Radiohead’s discography as it’s the only time where they could be compared to their fellow rock acts before they rose to unparalleled heights on OK Computer. It is with good reason why albums like this inspired subsequent post-Britpop acts like Coldplay or Muse, and why The Bends is still worth your time a quarter of a century later.