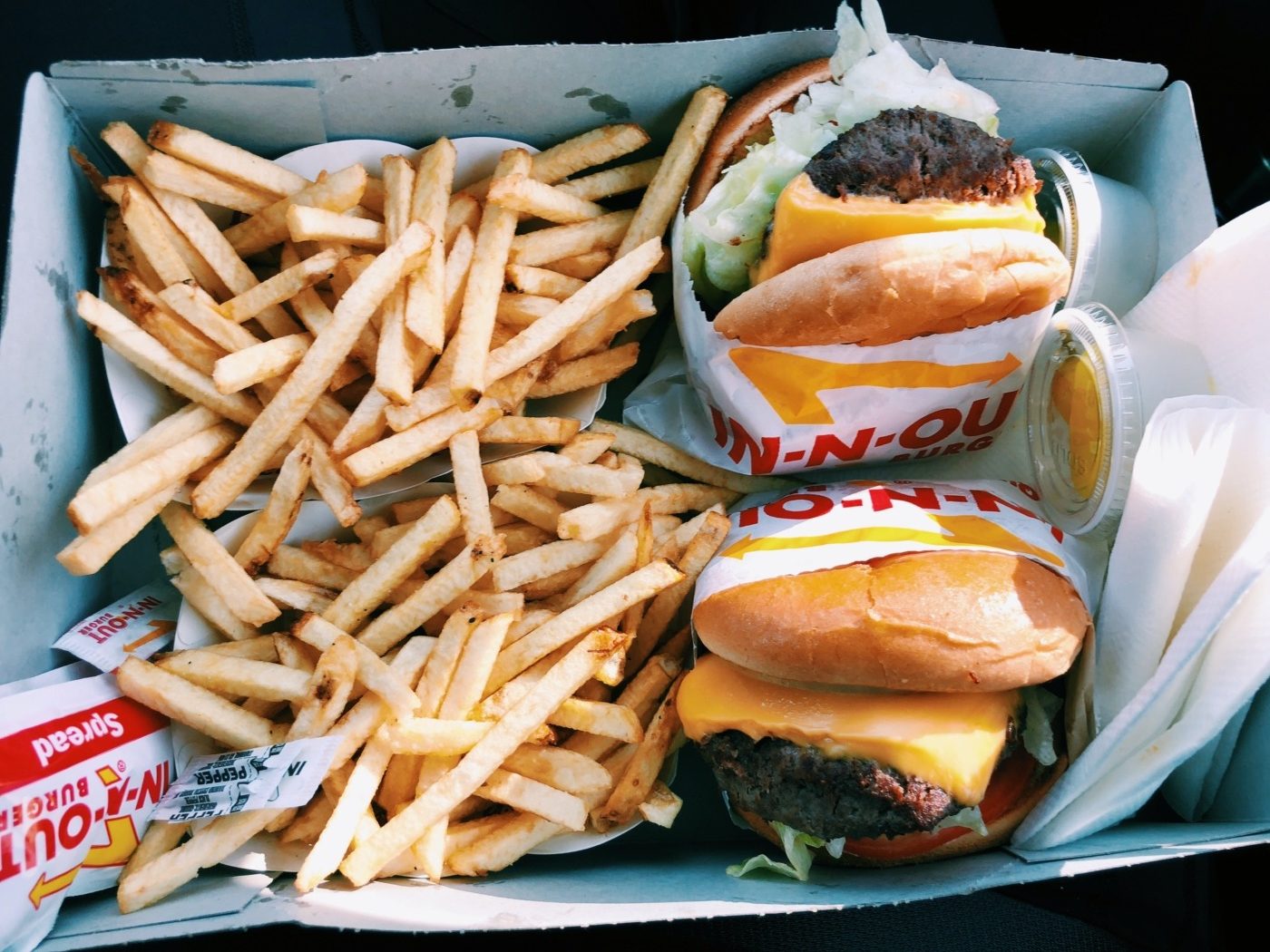 Two of our writers comment on the implications of the government’s new plans to tackle obesity.

Following his first-hand experience of coronavirus, Boris Johnson has turned his attention to another crisis: obesity. With the threat of a second wave still looming, the general poor fitness of the average Brit is a huge concern. Most adults (63%) in the UK are overweight or obese, leaving us particularly susceptible to a range of diseases, including diabetes, heart disease, and coronavirus. Public Health England estimates that obesity costs society £27 billion and that obesity and overweight-related illnesses cost £6.1 Billion to the NHS alone, around 5% of its total budget.

In tackling this issue, however, there is always a balance to be struck between liberalism and public health. An overweight population is less physically healthy and therefore less productive, the NHS faces greater costs, and there are serious public health concerns, such as coronavirus, that are exacerbated by obesity. Beyond that, many people want to maintain a healthy weight, but struggle to, causing psychological distress. On the other hand, government control is an infringement of our freedoms. People get enjoyment from eating and should be afforded choice. If people want to be overweight, and it doesn’t harm anyone else, they should be allowed to.

The government deserves credit for finally taking these first strides

Here, the government has remained firmly on the liberal side of that balance. The biggest plank to their announcement – forcing restaurants to publish calorie counts on menus – doesn’t prevent anyone from doing anything. This is just a simple information campaign allowing consumers to make more informed decisions. Ignoring many important nutritional metrics, the calorie count is a blunt tool but it’s better than nothing. In the future, the government should add more dimensions to this information, but a calorie count is a good start.

A review of fast food advertising has also been announced. Advertising of fast food is very common, and if it wasn’t effective, chains wouldn’t pay for it. Banning it doesn’t prevent anyone from consuming whatever they want, but it is likely to reduce consumption nevertheless. Again, this measure is likely to reduce impulse consumption of fast food, reducing the harmful effect without limiting people’s choices. People with a burning desire to watch fast food adverts, after all, can always seek them out on YouTube.

‘Buy-one-get-one-free’ offers will also be forbidden for certain unhealthy foods. This move, whilst slightly more intrusive into people’s lives, will help many people who impulse-buy fast food on the go. However, this does fail to address the serious link between socioeconomic situation and obesity that exists in this country. Those who are most likely to take advantage of fast food offers- low income, busy, working people- are being punished with this measure. That’s not to condemn it; further support is simply needed to tackle the relationship between deprivation and poor diet in the UK.

Overall, these measures are like trying to treat a gunshot wound with a paracetamol. They are most likely to be of use to people who are only a little overweight in the first place, but more robust measures are also needed. The government should maintain its liberal approach, avoiding outright bans, and provide more education and resources on eating and cooking. Doctors should be further empowered to prescribe exercise programmes and diet plans to people who are overweight. Obviously, no one should be compelled to adopt them, but lifestyle changes are clearly important in health.

We should also tax harmful products more heavily, such as high calorie foods and red meat. Clearer, more compelling messaging is also vital – contradictory messages, such as announcing a subsidy for fast food outlets at the same time as a campaign to eat more healthily, won’t do. Better information, better education, and behavioural nudges can together improve our health, our wellbeing, and our productivity.

This is a good start from a Prime Minister who, until now, has been wary of the so called ‘nanny state.’ We are finally talking about obesity as a health crisis, rather than a moral failing. To prevent an unfolding crisis of poor health in our ageing population, the government now needs to go further. Measures to tackle this crisis are long overdue, however, and they deserve credit for finally taking these first strides.

63% of adults are ‘above a healthy weight’ – this is a startling figure and suggests the need for change. However, this new policy shames rather than solves. The government’s strategy includes banning unhealthy food adverts until watershed, ending ‘buy one get one free’ deals on unhealthy foods, calorie labelling, expanding NHS services (which includes prescribing exercise), and front-of-pack nutrition labelling. This doesn’t stop obesity – it embarrasses eating habits. I agree that we should explore how to be healthier especially since many of us are left in a state of stagnancy at home, but shame culture in the 21st century will have devastating impacts.

We live in a fast-paced world. The time and financial constraints of healthy living must be acknowledged. It is time consuming and often more expensive to cook from scratch and buy the groceries to do so. The new obesity plan does not seem to take this into account. It is much easier to buy frozen food or a ready meal when you come home exhausted after a 12 hour day. Unless the government are willing to look into ways to provide flexible working hours, provide healthy catering in offices, or decrease the price of raw fresh ingredients, this new plan is sure to fail.

The same can be said of ‘prescribing exercise’. Many people do not have active jobs, but rather sit at a computer all day. Some might be able to find time to go on an evening run, but what if you have family responsibilities? Your life is overtaken by menial tasks. Even if you have the time to cook a healthy meal, exercise is a separate matter. Some people will work through their lunch break which means they do not have time to go for a walk.

My mum is a classic example, starting work at eight and finishing at six. We’re lucky that one of us cooks after work and we’re able to maintain a healthy diet. However, she is unable to exercise because by the time we have finished cooking and cleaning it is 8pm and she’s too tired. It is not enough to demand a healthier lifestyle from people if they are unable to achieve a work-life balance. Having a gym membership is expensive (and also now a health risk in a post-lockdown Britain). The government need to address this time and cost issue for its plan to succeed.

1.25 million people have eating disorders in the UK. The shame culture that a calorie count may produce is distressing, and could escalate the problem. If we all start to really consider what we’re eating in restaurants, instead of using the outing as an opportunity to treat ourselves, this may cultivate unhealthy mind-sets. Recent movements by companies to include models of every size are now obsolete, as the country seems to regress into body shaming.

Unless the government are willing to look into ways to provide flexible working hours, provide healthy catering in offices, or decrease the price of raw fresh ingredients, the plan is sure to fail

The government’s plan is also counter intuitive given the fall in the hospitality industry. The new ‘eat out to help out’ initiative is supposed to kick start the restaurant business. But if we’re supposed to be eating consciously, we won’t go to the many ‘junk food’ chains which are included in the scheme. If we’re trying to save the economy, then damning fast food chains at this time seems counterproductive and contradicts the government’s focus on tackling obesity.

Johnson has already stated that the details of such a policy will define its success. Until he looks at the schedule of working parents, he will never have a full understanding of what is and isn’t feasible. The health ‘halo’ surrounding many brands such as Innocent Smoothies should also be investigated as many processed, sugar-packed ‘healthy’ foods are not what they seem. In an age of social media, the last thing we need to be doing is encouraging people to obsess over how they look when many of us already face self-esteem issues. The shame this policy encourages doesn’t implement anything. It only prompts one to consider whether their body is good enough for society and now, for the government. 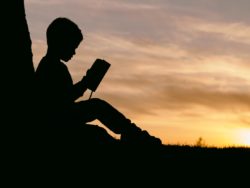