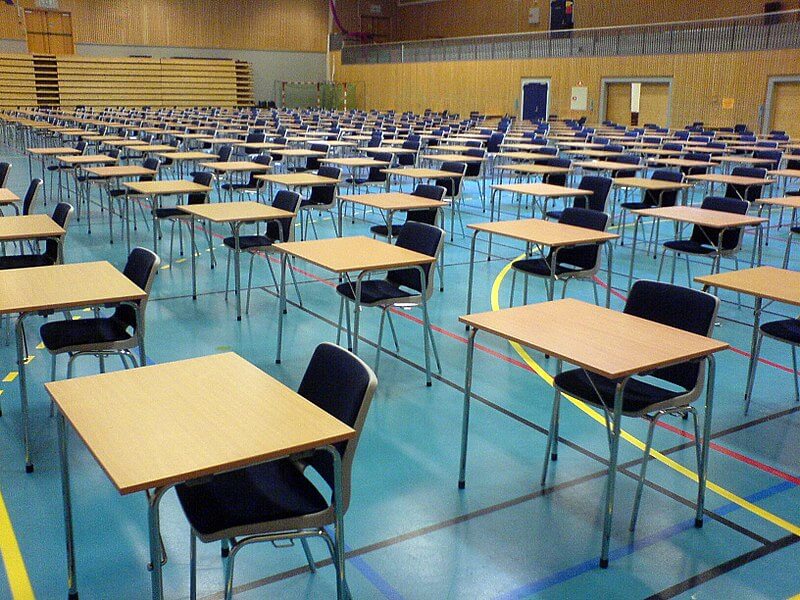 A-level and GCSE results will be higher this summer

A-level and GCSE results this summer are likely to be higher than previous years, England’s exams regulator Ofqual has said.

It has predicted that these results will be “better” than last year’s, with an increase of 1% for GCSEs across the grades, and around 2% for A-level grades.

Written exams this academic year were cancelled as a result of the Covid-19 pandemic, and pupils’ results will be based on grades based on their predicted outcomes.

The regulator noted that many students would receive at least one grade next month that was adjusted amid standardisation by exam boards to ensure results are not significantly higher.

Ofqual said it was “not surprising” that grades calculated by many schools and colleges were more optimistic, as teachers “naturally want to do their best for their student”.

However, it warned: “Improvement on such a scale in a single year has never occurred and to allow it would significantly undermine the value of these grades for students.”

In tiered exams, Ofqual said students will not fall off the higher tier and be ungraded if centre assessment grades are adjusted downwards, something that could see the national results improve.

It expects that all grades students receive will be the same as the centre assessment grades “or within one grade”.

Results for students will therefore almost always be broadly in line with centres’ and teachers’ expectations, reflecting the skills, professionalism and integrity of those involved

Ofqual said: “Results for students will therefore almost always be broadly in line with centres’ and teachers’ expectations, reflecting the skills, professionalism and integrity of those involved.”

The regulator also said that it is confident, based on preliminary results, that there has been no “unconscious bias” in predicted grades that would have disadvantaged ethnic minorities or poorer students, something that MPs warned against last month.

It said that “there will generally be no widening of the gaps in attainment between different groups of students.

“The concern that identifiable groups of students would lose out from this year’s arrangements have not been borne out.”

Nansi Ellis of the National Education Union welcomed this “commitment to equalities”, stating that “there appear to be no obvious differences between the grades of different groups of students”.

Paul Whiteman of the National Association of Head Teachers backed the replacement grades, saying “while not a perfect solution, this is the fairest and most pragmatic alternative to sitting exams”.

Geoff Barton, General Secretary of the Association of School and College Leaders, said: “With thousands of schools and colleges assessing millions of GCSE and A-level grades, it would have been incredible if every grade had perfectly matched a national statistical model, and there were always bound to be adjustments.

“This was recognised from the outset with schools being asked to rank pupils so that adjustments could be made either down or up when exam boards standardised the grades.

“We can assure parents and pupils that schools and colleges set about the task of grading and ranking pupils in unprecedented circumstances with the utmost diligence and care.”

If students are unhappy with their grades, they will be able to take written exams in the autumn.

Gallery image with caption: A quarter of A-level students preparing to start university not set work by teachers