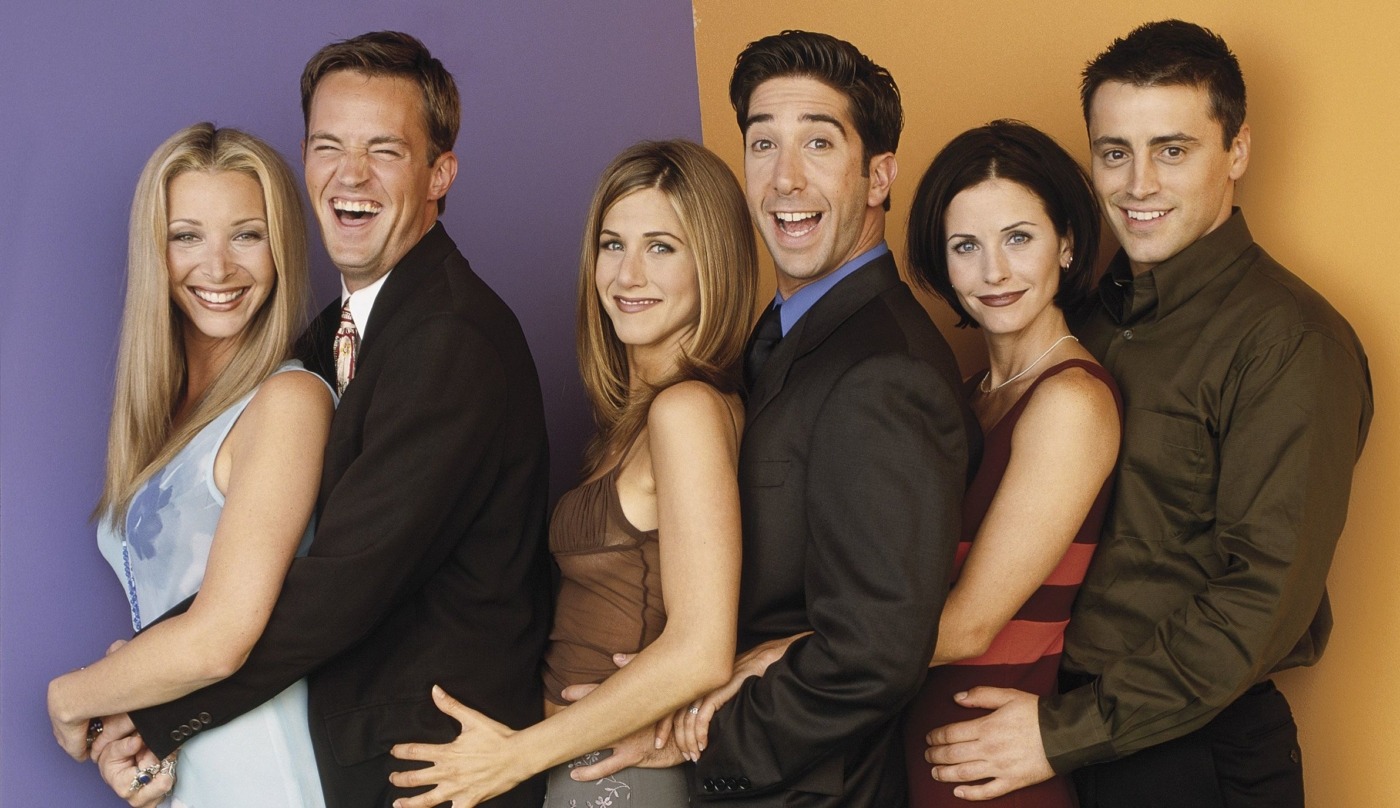 When Friends aired it stood out from its contemporaries. Garnering much acclaim and commercial success, it rightfully catapulted the six main cast members to stardom. Although sitcom purists would probably cite Seinfeld (1989-1998) as the more seminal work for the genre, it’s unquestionable that Friends perfected its established formula – so much so that when it ended, it was clear that the traditional sitcom format had run its course.

The writing in this show is generally incredibly strong. Of course, the first season is a bit stilted (like with most sitcoms) with the exception being the splendid ‘Blackout’ episode. However, it’s without a doubt that seasons two till five is when Friends hit its peak and never looked back, with seasons three and five especially having very few bad episodes if that. The writing, sharp, full of wit and charming absurdity, cultivated a myriad of iconic moments such as: the hilariously awkward battle of wits between Phoebe and Chandler culminating in Chandler professing his love for Monica in season five’s best episode in ‘The One Where Everybody Finds Out’, or when Joey impersonates Chandler and proceeded to do lunges whilst commando and wearing Chandler’s clothing in season three’s best episode ‘The One Where No One’s Ready’, or even the helplessly embarrassing moment when Ross says Rachel’s name instead of Emily’s in his wedding ceremony at the very end of season four. The writing is constantly engaging throughout the series, and at its best it’s packed with memorable moments.

Admittedly, despite her being many people’s least favourite friend, Phoebe Buffay has to be the best character from a writing and acting perspective

The characterisation of all six friends is solid too. All the actors did a splendid job portraying their respective characters. Admittedly, despite her being many people’s least favourite friend, Phoebe Buffay has to be the best character from a writing and acting perspective. Undoubtedly Lisa Kudrow had the toughest job (given she played Ursula too), but she delivers with aplomb and was justly rewarded with an Emmy for her portrayal of Phoebe in season four. Initially Phoebe may come across as aloof, ditsy and unduly sarcastic with her gimmick of grossly overestimating her musical talent perhaps seen as slightly cheap – she was an oddball to say the least. Nonetheless, Phoebe’s decision to be the surrogate mother to her half-brother’s children allows the viewers to witness how she truly values family and has a unique warmth to her, which makes her character “flaws” more a reflection of her difficult upbringing which was full of abandonment, loneliness and deprivation.

Post season four, Phoebe is much more charming in her quirks as we get to see that she believes humans can be intrinsically altruistic through her perspective on selfless good deeds, or her amusing appreciation for Ross’ terrible music, which makes her perspective on her own music seem more a consequence of her general misunderstanding of good music rather than hubris, making her more palatable and oddly likeable to the viewer. Her resolution is well conceived too. By her finding normalcy and stability in marrying Mike, Phoebe finally gets the chance to lead a conventional life which she has been lacking and craving throughout the series. Also, despite one growing to appreciate Phoebe’s contribution to the group by the end, it’s fitting she attains her desires through someone outside the friendship group, as she was the oddball.

The writers did an excellent job in developing characters and their respective relationships with one another, leading to an experience which is full of depth, breadth and heart

Chandler would be many people’s favourite friend. His quick wit, dry humour and occasional eccentricity is enticing to all demographics. Matthew Perry was perfectly cast, as all he did was turn his personality up to eleven. Chandler is another character whose development is commendable, since his blossoming friendship with Joey in the earlier seasons is a joy to watch and his growing maturity as a result of going out and marrying Monica is also rewarding. He has to be the only one out of the six whose values are quite hazy to begin with due to his inherent cynicism and juvenility.  However, his relationship with Monica enabled the viewers to see a more sincere side to his character and, in hindsight, she was the perfect facilitator for such a growth in Chandler’s character.

The linchpin of the whole series has to be the relationship between Ross and Rachel. David Schwimmer and Jennifer Aniston did an amazing job throughout the show’s runtime, and their respective characters’ relationship is aptly paced, and its intensity modulated accordingly to facilitate the development of other subplots as well as to develop their respective characters individually too. With all things considered it leads to a very rewarding pay off at the very end of the series. Generally speaking, the writers did an excellent job in developing characters and their respective relationships with one another, leading to an experience which is full of depth, breadth and heart.

Ultimately, Friends is an exceptional sitcom. It pretty much has it all, from hilarious celebrity cameos from the likes of Bruce Willis and Brad Pitt, to engaging with topics such as masculinity, the validity of altruism and infertility, to the aforementioned strong writing of their characters and relationships. It’s with very good reason that this show has left an indelible mark on pop culture and it is rightfully regarded as one of the finest of its genre. It is a show with ample sincerity, hilarity, and replayability. I wholeheartedly recommend this show to anyone who wishes to know why sitcoms had to be transformed by the turn of the century.