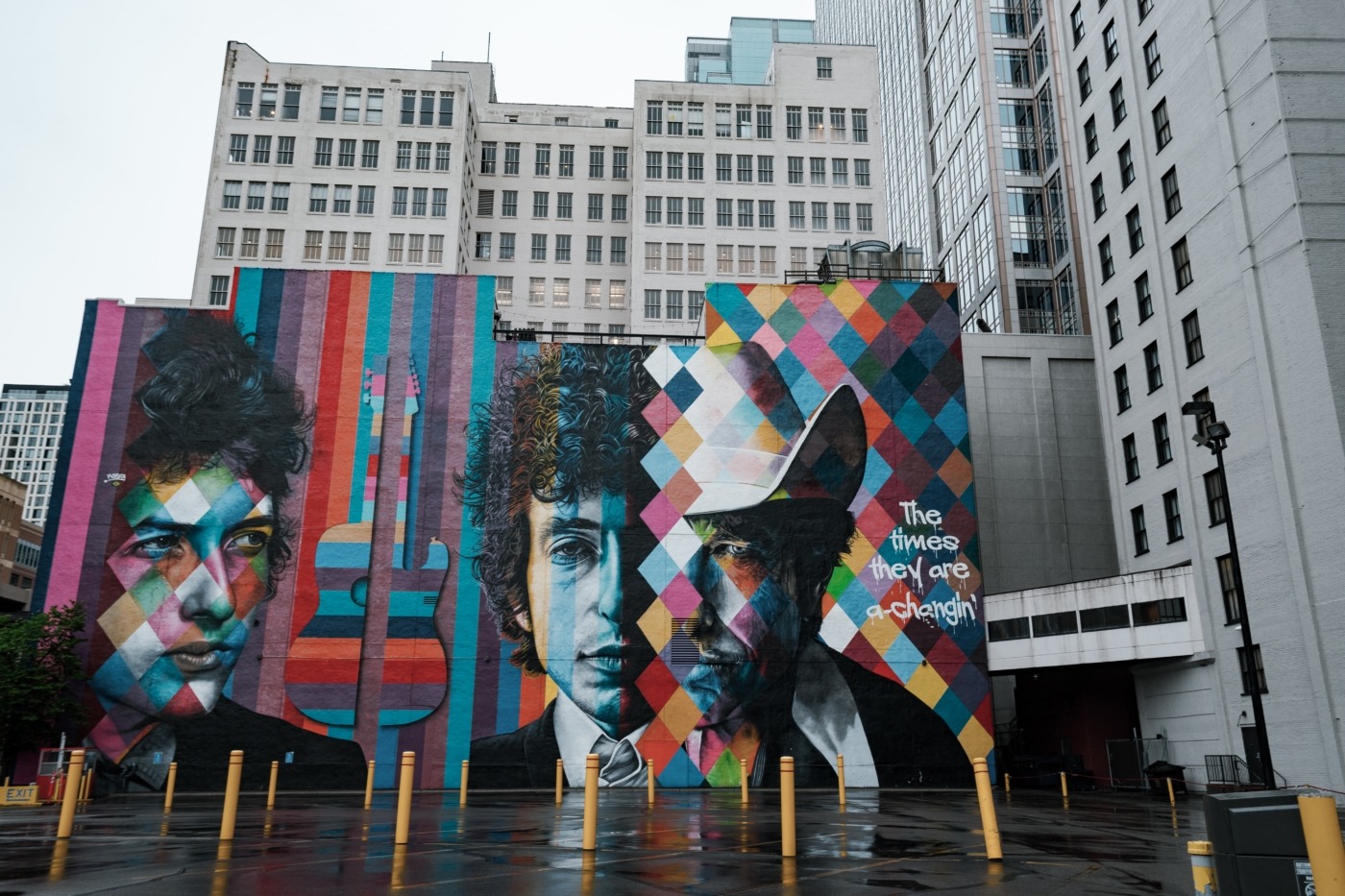 Beginning on the Walt Whitman-inspired self-portrait ‘I Contain Multitudes’, Dylan ranges far and wide before ending with ‘Murder Most Foul’, a 17-minute meditation on the JFK assassination. The varying levels of instrumental accompaniment intertwine perfectly with Dylan’s enticing poetry to create an album that will satisfy all from the most casual listeners to hardcore fans.

Rough and Rowdy Ways has come as a bit of a lockdown surprise, precipitated by the release of the aforementioned ‘Murder Most Foul’ and ‘I Contain Multitudes’, as well as ‘False Prophet’. The release lacked any fanfare, with Dylan only having done one interview about the album, and even that was impromptu. In many ways, it mirrors 1967’s John Wesley Harding, which was released with no publicity in stark contrast with its contemporaries Sgt Pepper and Their Satanic Majesties Request.

Dylan moves from death in ‘Black Rider’, to saluting the Blues in ‘Goodbye Jimmy Reed’, to crying a paean to the Greek muses with ‘Mother of Muses’

Dylan’s lyricism is at its startling best. Moving from bitter – “They killed him once and they killed him twice/Killed him like a human sacrifice” – to wry (“I’m just like Anne Frank, like Indiana Jones/And them British bad boys, The Rolling Stones”) almost seamlessly, even into the absurd when he declares in ‘Black Rider’ that “The size of your cock will get you nowhere”. It’s easy to get buried in Dylan’s lyrics, the mere mention of a “city of God” on ‘False Prophet’ sparked discussion on Augustine’s City of God and the Augustinian allusions which run through Dylan’s music. For some, this is how to enjoy Dylan, but it’s not the only way.

His poetry is not good because it’s such a puzzle of references, but because it moves. Dylan carries you along with him as he slips from topic to topic, giving you time to reflect but then pushing you back into the current so that you can flow further. He himself said that he’s almost in a “trance state” when writing, insisting: “the lyrics are the real thing, tangible, they’re not metaphors”. So when Dylan quotes Walt Whitman’s line “I contain multitudes”, he’s being serious – the album’s multiplicity is its strength. Nowhere is this more clear than in the heart of the album as Dylan moves from death in ‘Black Rider’, to saluting the Blues in ‘Goodbye Jimmy Reed’, to crying a paean to the Greek muses with ‘Mother of Muses’.

We are the Phaeacians trapped in the clutches of Dylan’s story, we see what has made him who he is today, but also are left with a sense of what will befall our hero on his next journey

The frequency of death as a motif in the album has led to some speculation that Dylan is wondering more about his own mortality, like Leonard Cohen on You Want It Darker. When asked about this, Dylan responded that he thinks about the “death of the human race. The long strange trip of the naked ape”. Even if it is not mortality that Dylan sings about, the album has a great amount of self-introspection. It is here where it shines brightest as Dylan paints a self-portrait, encapsulating all from his influences to his religion. The reference to a “pirate philosopher” in the penultimate track, combined with myriad allusions to his personal influences, provides the perfect description of Dylan. Not since 1997’s Time Out of Mind have we seen him examine himself so closely.

In his Nobel Lecture in Literature, Dylan names three books which have stuck with him since school: Moby Dick, All Quiet on the Western Front, and The Odyssey. It is the final of these that seems most relevant to Rough and Rowdy Ways, not only in the constant classical references, but in the way Dylan casts himself as Odysseus. When Odysseus finds himself in the company of the Phaeacians, he recounts the tale of his wanderings up to that point, and is that not really what Dylan is doing on Rough and Rowdy Ways? We are the Phaeacians trapped in the clutches of Dylan’s story, we see what has made him who he is today, but also are left with a sense of what will befall our hero on his next journey.

While I mentioned that enjoying Dylan isn’t always trying to find deep meaning, I have ended up with comparing him to Odysseus, which probably tells you something about how I get my enjoyment from his music. Either way, the takeaway from Rough and Rowdy Ways is that Dylan’s powers are undimmed. That ‘Murder Most Foul’ was a billboard chart success is a demonstration (as if one was needed) of the hold Dylan still has over music – that his voice is as important as ever.

We recommend: ‘I Contain Multitudes’