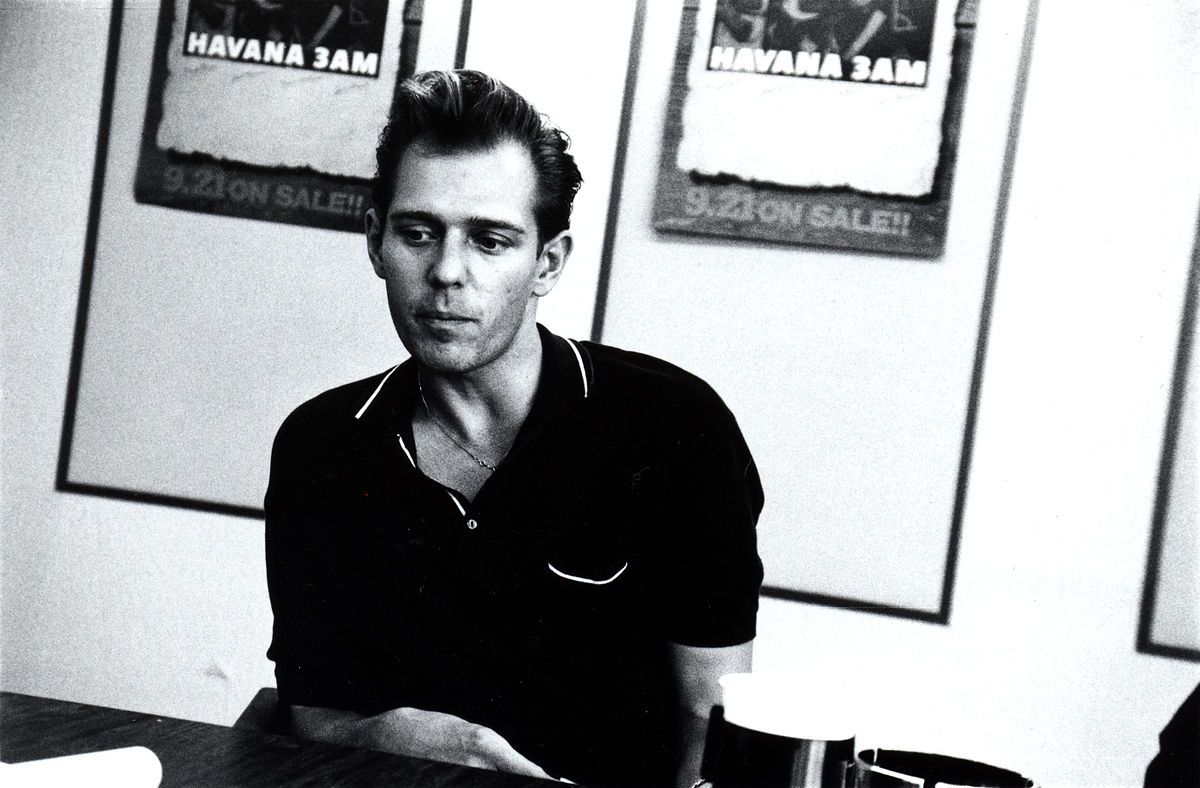 Musicians as artists, artists as musicians

A foray into other art forms introduces a range of pretensions from both critics and fans and, just as equally as they may be thrust into success in the art world due to their previous achievements, there is the urge on the behalf of others to ridicule this privileged position. This is understandable as the inevitable favouritism afforded to pre-established artists can overshadow struggling artists who desperately need a platform for their work.

However, within many of these critiques is an air of snobbishness and a willingness to use any flaws as a sort of blanket dismissal of an artist, as if there is no possible way in which an artist could be talented at two different forms, which is obviously untrue. Besides, musicians’ artistic endeavours are often relatively low-profit and simply done for passion, there is no real sense of a musician merely creating art for the money. As with any debates around authorship, we should judge mostly based on the quality of the work – sort of. I mean, surely there are implications to producing two different types of art?

The answer is something of a paradox. It would be nice to separate the art from the other art, but this is a notion that has proved itself beyond comprehension somehow. Readers, for example, are justified in their dislike of JK Rowling’s retrospective comments on the Harry Potter universe not because the text of the book can be changed, but because the new texts (or tweets) generated provide no reason to be dismissed except due to a fondness towards what came before. Each painting produced by Bob Dylan or Miles Davis, to name two distinguished artist-musicians, becomes another prism through which to view their work, either positively or negatively.

Dylan himself established a clear relationship between painting and music with the cover of his poorly-received 1970 album, Self Portrait, which features a rather grotesque looking (you guessed it) self-portrait of the famous folk singer. The painting somehow achieves the feat of being both garish and dull, and like the album, it jars against wonderful records such as The Freewheelin’ Bob Dylan and Blonde on Blonde, which both have notably understated covers. On the other hand, Dylan’s later watercolour and gouache paintings offer interesting impressionistic visions of America, with stark, simple, and slightly messy renditions of industry and architecture, from motels to famous bridges. Indeed, the folk-singer image itself is twinned with the bohemian world of modernist art, and many folk singers, including Joni Mitchell, appear to take inspiration from early modernist movements such as Expressionism and Impressionism, very rarely venturing to the unknown plains of conceptual or abstract art. So, Dylan’s artwork has come to heighten his image to a certain extent, and Miles Davis’ paintings can be similarly paired with his music in all their fragmented beauty.

Indeed, particularly in the folk and rock genres, there are numerous examples of artists who are certainly at least talented, and I would add the former Clash bassist Paul Simonon to the those mentioned above. On the other hand, there are some examples that aren’t spectacular, with Ringo Starr’s MS Paint art being exactly what it sounds like. I would assert that none of these musicians are quite at the level of creating masterpieces, perhaps putting my views in line with the writer Jonathan Jones, who wrote in The Guardian that “if you are successful in one creative field, you are probably wisest leaving it at that”. I use the term ‘perhaps’ rather purposefully, as, even though I agree that much of the visual art of musicians isn’t amazing, I find the snide tone and dismissal of artists to be regrettable.

The only proof of good art is in the piece itself, and to anticipate failure is a silly exercise, especially for a critic. While my conclusion here is broadly an attempt to welcome the individual art of musicians, the other side may be appeased by how similar many musicians’ artworks are to their music. It sometimes (returning to the case of Bob Dylan) completely reasserts the power of the other art. We may take the ultimate lesson on the topic from the Nobel prize-winning folk-singer himself. I saw him perform a couple of years back, in a set where the only words were the lyrics of the songs – no introductions, no niceties. Like all good artists, he is careful about what he puts out into the world.