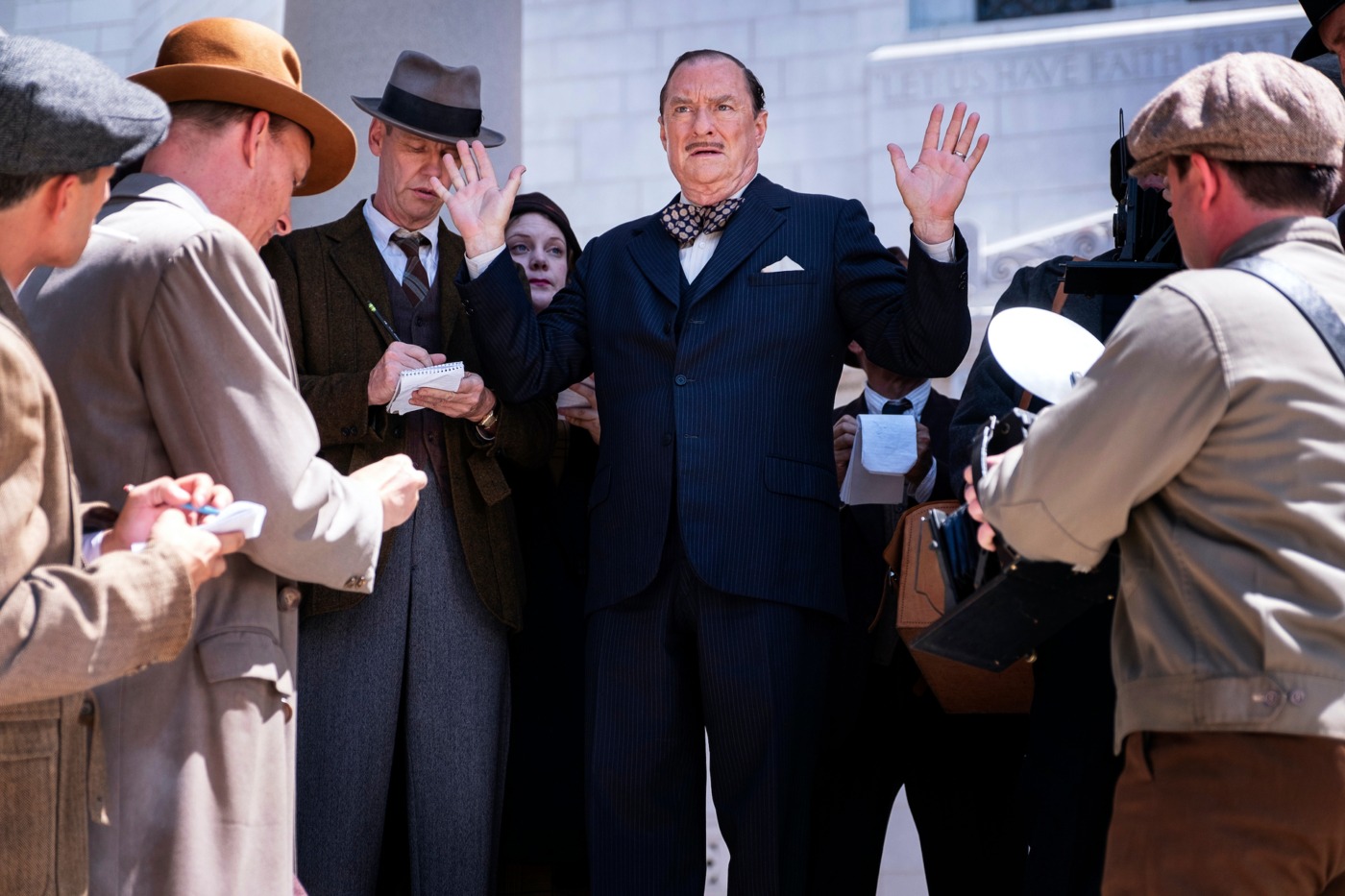 The Dodson case first goes to court in ‘Chapter Three’ of Perry Mason, and it’s another compelling watch. More pieces are revealed of the narrative, emotions run high and every character gets something to do – perhaps the episode’s biggest fault is how much it tries to fit into its 50 minute runtime.

This week, the story is propelled by the public revelation of Emily’s affair with the deceased George, one of the men linked to her son’s kidnapping. Everyone is turning against her but Jonathan, Della and Mason, the latter two of whom are convinced that she is innocent. As Jonathan scrambles to put together the best possible case for his client, Mason is pursuing more leads connected to the case, leading him to butt heads with Paul Drake. Meanwhile, Sister Alice is struggling to keep her mind on her preaching as she feels she must help Emily Dodson.

More pieces are revealed of the narrative, emotions run high and every character gets something to do

Now our characters are well established, we get some great character work. John Lithgow plays E.B. Jonathan as a man who seems to be unravelling under the pressure of events – he’s physically sick, struggling with his client and having to beg old friends for help. There’s even the hint of some kind of impropriety in his past, something that is hard to square with his reputation as one of the good guys. The beautifully directed sequence that opens the episode, seeing Jonathan and Maynard present their version of the case to the eager press, is fantastic – it sets the pace, and it’s the kind of thing you expect from a Perry Mason series.

Two more actors with a lot to do here are Gayle Rankin and Andrew Howard. Save a court appearance, Emily spends all of the episode in prison being judged and feeling incredible guilt for her affair – she doesn’t say a lot, but Rankin’s face sells it. As Della and Sister Alice fight to protect her, it’s clear that the light is going out. Even the police attempting to beat a confession out of her doesn’t seem to shake her out of her self-imposed stupor. She may not be guilty, but she feels guilty in her heart, to the extent that she essentially gives herself up in one of the episode’s most thrilling scenes.

On the darker side of the series, Ennis is busy this episode being villainous. He’s everywhere in ‘Chapter Three’ and up to no good anywhere – harassing Drake, taking protection money, assaulting Emily, following Mason. There were points in which I thought his Detective Ennis was almost a pastiche of an evildoer, but when he sold it, he really did. When he encounters Drake and his wife, he pats her pregnant belly and predicts that it will be a boy – it’s a small action, but it’s so intimidating and creepy that it made my skin crawl. The one positive here is that it encourages Drake to give some vital evidence to Mason, putting him on the right track once again.

Although the path ahead seems a fairly obvious one, I really have no idea what is coming next, and it makes for gripping television

My issue with this third episode is that it tries to find a place for everyone, and some feel very under-served as a result. I’ve not yet mentioned Mason’s relationship with Lupe (Veronica Falcon) in my reviews because I’ve no idea what to make of it, or what it is adding to his character. It’s a shame, because Falcon is a really charismatic presence, but in a packed episode, this subplot feels like one diversion too many. Similarly, there’s a single use of Robert Patrick, hinting towards a property storyline, and it feels a bit of a waste – hopefully he’ll get more to do in future instalments.

Now that Emily’s arraignment is over, we’ll be heading to court soon, and that will be compelling stuff – seeing all these characters face each other will be a highpoint, I expect. But the real tantalising element of the end is the potential for a miracle – Sister Alice tells her mother that she will resurrect the deceased child. It’s unexpected and Maslany sells it, her sincerity for the lost shining through. And, as the episode concluded, I realised two things about Perry Mason. Although the path ahead seems a fairly obvious one, I really have no idea what is coming next, and it makes for gripping television.