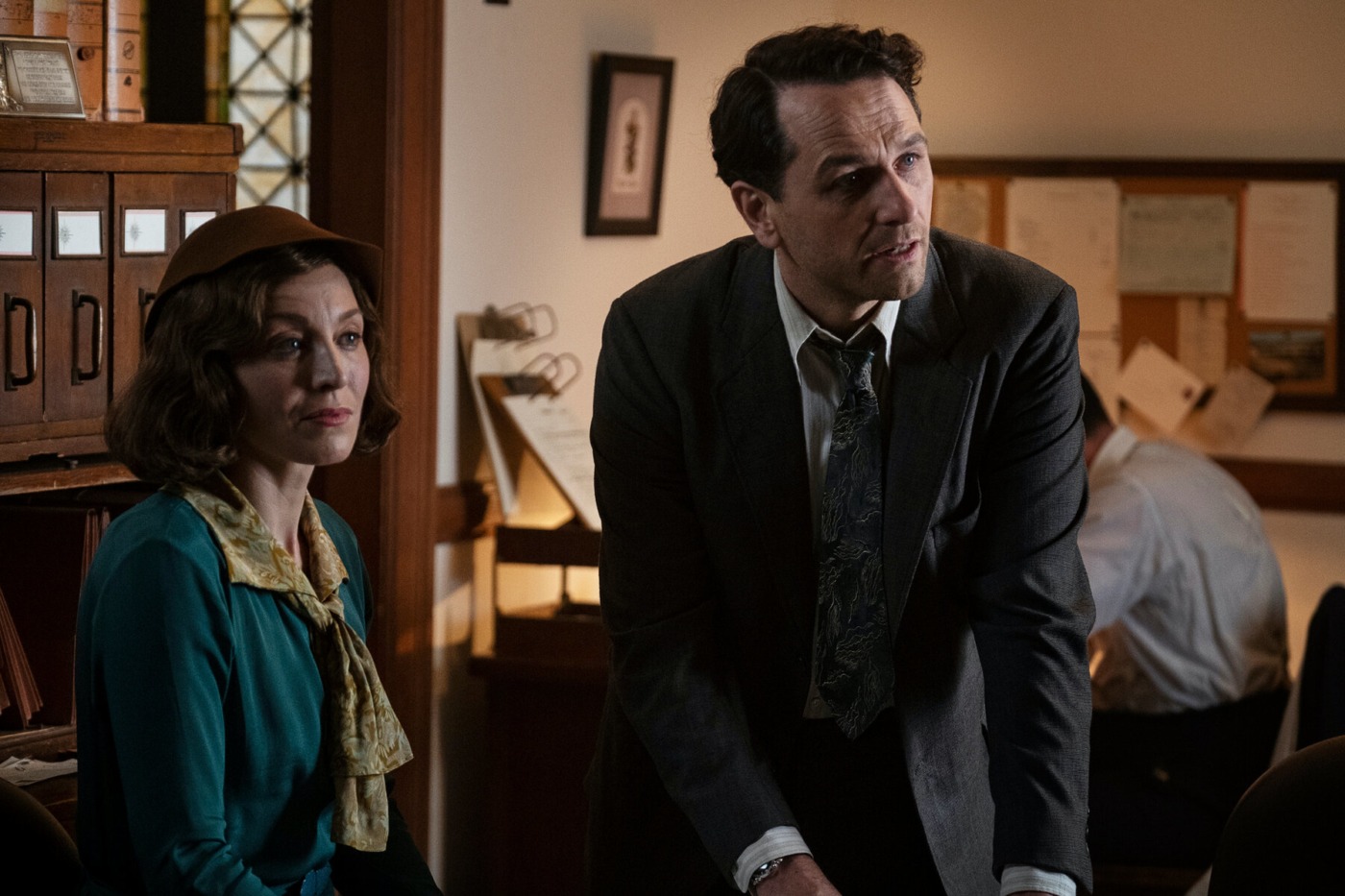 Six chapters in, and Perry Mason has finally become the courtroom drama it was always going to be, getting even better in the process. It’s the turn of the prosecution to lay out a case, and the strong acting and rapid plot progression makes this another compelling watch.

Mason has his first day in court, facing DA Barnes as the prosecution lays out its case against Emily Dodson. The established attorney may not have much of a case, but he has circumstantial evidence and innuendo, and he intends to use both to destroy Mason’s client. Mason manages to get a few hits back, but his lack of legal experience becomes painfully clear. Emily’s only hope is that Mason can prove who really killed her son, and his team is starting to make progress. Della and Strickland are chasing leads, and an encounter in court encourages Drake to rethink his priorities.

Perry Mason has finally become the courtroom drama it was always going to be, getting even better in the process

I grumbled in my blog last week that the character of Drake has been far too distant from the rest of the narrative, and ‘Chapter Six’ finally puts that right. Drake faces Mason in court, and Mason faces the choice of using the dental evidence or keeping his word. When Mason decides to protect Drake’s integrity, and when Drake receives a pay-off from his precinct captain for making the station look good, he realises that he needs to make a choice. Chalk’s acting has always been controlled and measured, with a hint of something else behind it, and it imbues his scenes with Rhys with a lot of gravitas. Few people could make putting a denture in a paper bag as effortlessly dramatic as he does here.

Much though I’d have enjoyed seeing Lithgow and Root butt heads in the courtroom, it’s hard to deny the energy between Root and Rhys. As Barnes, Root excels, grandstanding and making him just slimy enough for the viewer to dislike him – it’s clear that he thinks nothing of destroying an innocent woman for his own advancement. He is completely in control, summoning witnesses to destroy Emily’s character (including her husband and a motel owner), and even recruits the matron who protected Emily to lie about a confession. We can see the pieces fall into place in Barnes’ case, watching as he guides the jury into placing a noose around Emily’s neck.

Mason, meanwhile, is not yet the attorney we know. He manages to induce a breakdown in Matthew Dodson’s testimony, but his lack of experience is continually exposed by his rival. Frustratingly, all the evidence he has assembled up to this point, from the denture to a second autopsy on George Gannon, is all ruled inadmissible – Mason, who wears his heart on his sleeve, makes no secret of his frustration that the law is getting in the way of the truth. It all boils away until, at breaking point, Rhys channels the spirit of Lithgow for a one-sided conversation, letting out all the rage and sadness. His final scene is just one of his great scenes this episode.

His team is working on the case, and it’s clear that they’re discovering lots (although I’d be lying if I said I understood half of it at this point). Strickland winds up in Colorado, searching for a link between the kidnappers and Ennis, and soon learns that the church is likely involved – a photo on the wall points to the involvement of Elder Seidel (Taylor Nichols). Della goes through a bunch of public records that indicate connections with Herman Baggerly. It seems as if this is all pointing at the church, although the mystery culprit still remains a mystery. We’re really picking up pace now, and even this manual footwork feels gripping to watch.

It feels like the home stretch, with all of the team on the same page and making progress

With the focus on the case, other elements of the plot fall to the periphery. Sister Alice only has a few scenes, including a clash with her mother and a chat with Mason, and it’s only 10 days before the resurrection. You get the sense, as the net closes in on the church and the prospect of a miracle seems very unlikely, that her time is running out. Emily is now pinning her hope on Charlie being resurrected, and Della’s heart-broken reaction says it all – this will not end well. Mason’s girlfriend Lupe crops up just to remind us that she exists, and the character still contributes little to the experience. And we wrap up with Holcombe’s (Eric Lange) inevitable realisation that his partner is dirty, and involved in the Dodson murder – a ray of hope is shattered, however, as he swears that he’ll protect Ennis, even if it means murder.

Perry Mason is becoming the courtroom drama we knew it would be, and it really shines – it feels like the home stretch, with all of the team on the same page and making progress. Next week, it’ll be Mason’s turn to present the defence side of the case and, with his compelling performance on the backfoot, it’ll be brilliant when he finally starts to hold the guilty accountable.