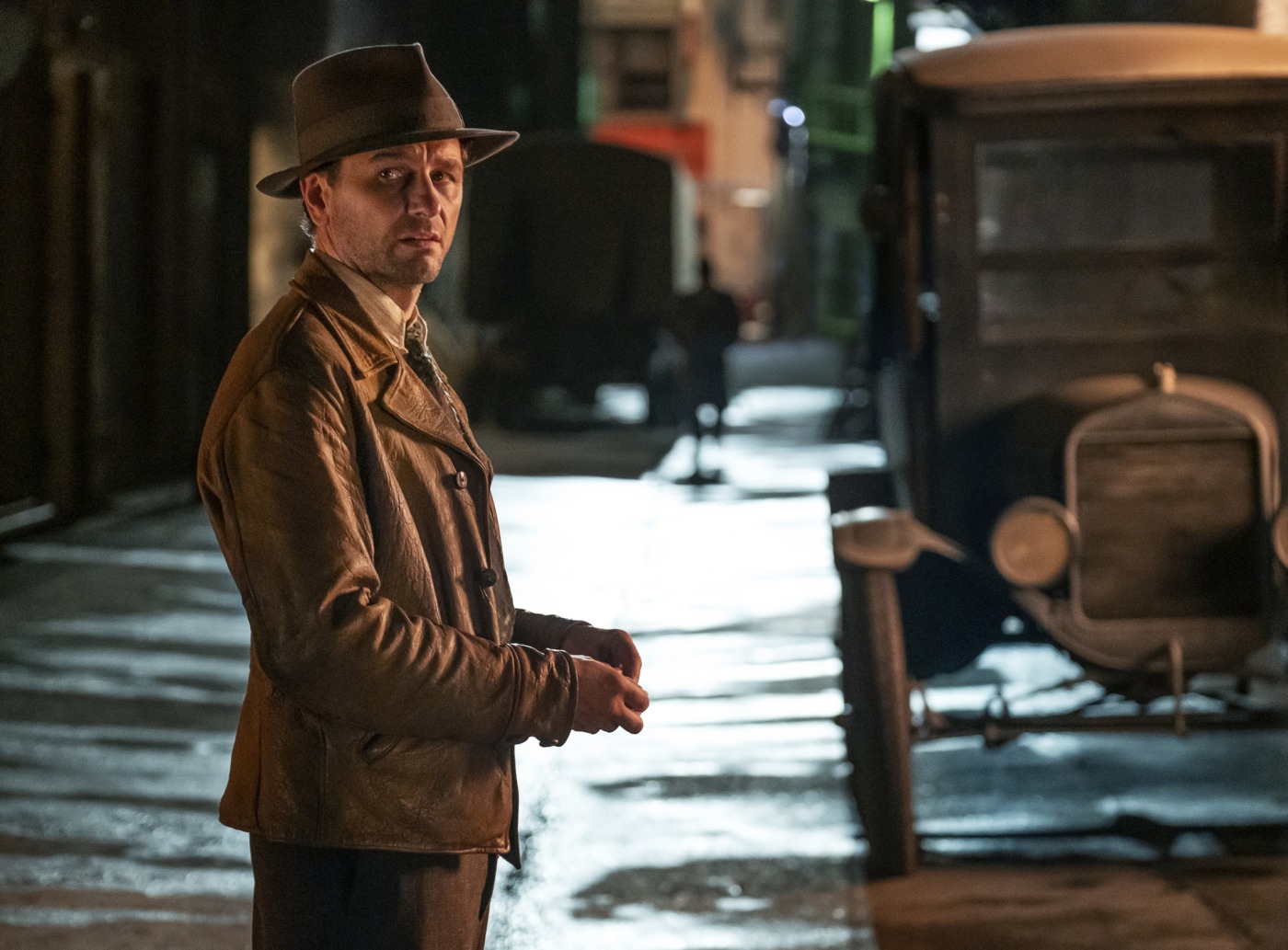 When I was little, I used to love courtroom dramas (I was an odd kid). There were two of particular interest – Matlock and Perry Mason. The Raymond Burr-starring series followed a defence attorney who always tried to do his best for his clients and, after finishing in 1995, it resisted the calls for a reboot. Until now, that is. A new, darker reboot of the show has just begun airing.

It should be stressed, however, that this is not Perry Mason as we know him. This is a Mason before the classic novels and the TV series, one who struggles through life and isn’t yet a lawyer. We may see some familiar names, but this is a time in their lives prior to the courtroom adventures. The setting has been relocated to Depression-era Los Angeles, and there’s a huge air of gloom around it. This opening episode is a sombre affair, sumptuous but incredibly dark in places, and it really sets the tone for what’s to follow.

This is a Mason before the classic novels and the TV series, one who struggles through life and isn’t yet a lawyer

The crime that features in the opening is an awful one, something that wouldn’t be out of place in a horror film. Two worried parents, Matthew and Emily Dodson (Nate Corddy and Gayle Rankin), are on the phone to the kidnapper of their one-year-old Charlie. After a tense sequence in which the family leave the ransom money and attempt to reclaim their son, they’re greeted with a horrifying site – the murdered child, his eyes stitched open to fool the parents that he is still alive. If you were expecting a Perry Mason series like the earlier ones, or any nostalgic look at the past, this lets you know otherwise.

A benefactor of the Dodsons’ church, Herman Baggerly (Robert Patrick), commissions an independent investigation of the crime, in large part because he doesn’t trust the police department. He turns to his old friend, lawyer E.B. Jonathan (John Lithgow), who employed private eye Mason (Matthew Rhys). Rhys shines as Mason, a character who is down on his luck and struggling with the darkness of his past – we learn that he was dishonourably discharged from the army, he’s divorced, he misses his child and he flirts with blackmailing one of his clients. But he also has kind, observant eyes, and you have a definite sense that he cares. It’s a fine performance, which says a lot through understatement.

Rhys shines as Mason, a character who is down on his luck and struggling with the darkness of his past

Mason takes on the case, aided by Jonathan’s assistant Della Street (Juliet Rylance) and butting heads with the police. He finds a hole in Mr Dodson’s alibi, but is unable to point a finger at the grieving parents, and so continues his search for the kidnappers’ car. The episode ends with him piecing something together as he looks at his photos and newspaper clippings, although we’re yet to find out exactly what it is.

‘Chapter One’ does have several issues, some expected and some not. As it’s setting up the world, there’s the necessary exposition in points, and it can feel as if it’s merely stacking the deck for later episodes. As an HBO production, it almost goes without saying that there’s gratuitous sex and nudity, with one lovemaking scene teetering on the end of comedy. Ironically enough, for a plotline concerned with morality clauses and the censorship mandated by the Hays Code, I wondered if a little discretion would have done a lot more here. One very violent death felt like definite overkill.

My two bigger concerns will pan out over the course of the show. There’s a lot of progress made towards solving the case in this episode, with a last-minute revelation that says a lot, and I do wonder if this storyline has the legs to run over seven more instalments. We know that we’re going to meet a character called Sister Alice in the next episode, so what bearing will she have on events? And then, we have an issue with our main character – as good as Rhys’ performance is, it rarely feels like he’s doing Perry Mason. A courtroom confrontation is a hint of what is to come, perhaps, but he’s currently a generic private investigator with a brand name.

So, this opening episode of Perry Mason is a mixed bag. The case is interesting and the acting compelling, but it does seem that everything recognisable from the IP has been completely stripped away – it feels more like a Sam Spade or Phillip Marlowe story than Perry Mason. I’ll keep watching, because it’s a solid drama, but I hope it’ll justify the brand name in the process.