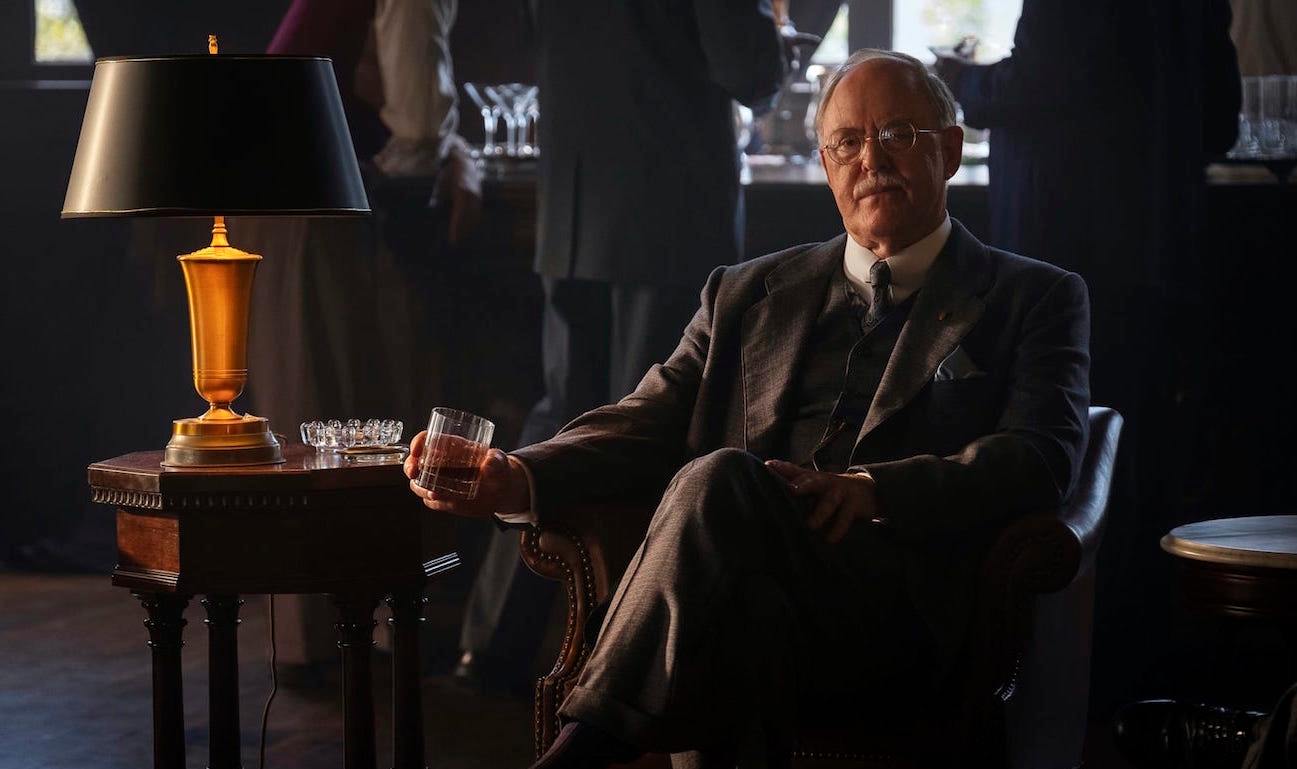 At the halfway point, Perry Mason is proving a phenomenal show. Wonderful performances, a gripping narrative and beautiful production design is making this a must-watch, but ‘Chapter Four’ is here to shake things up. Focusing more on character than the case, this instalment of Perry Mason is a heart-breaking one.

Jonathan faces the challenge of his career in getting Emily Dodds bail, but his pull may not be what it once was. After a confrontation with District Attorney Maynard Barnes, he realises that his options are limited and he will have to make a horrendous choice. Mason continues his investigation into the kidnapping and murder, and he begins to make some progress, even identifying a new suspect. Meanwhile, the church struggles with the aftermath of Sister Alice’s resurrection prophecy – they encourage Birdy to reign in her daughter, but Alice’s faith may not be cowed that easily.

Focusing more on character than the case, this instalment of Perry Mason is a heart-breaking one

Once again, this is Lithgow’s episode as Jonathan. The lawyer’s world is falling apart, and he’s gradually realising that his days as a high-flying attorney are gone – he’s turned down for a bank loan, and his request for a bail reduction is turned down. Although he begins ‘Chapter Four’ with a blustering speech about how only he can serve justice, events are conspiring against him, as is Mason’s persistence in proving the truth. He’s got some wonderful moments in this one. He shares a touching scene with Mason reminiscing about the time they first met, and an absolutely heart-breaking scene as he struggles to reconcile his ethics with selling out Emily. All this builds to a genuinely shocking cliff-hanger, and a week will be a long time to see how it pans out.

The Sister Alice feels worlds away from the main case this time round, but it’s no less interesting for that. On the back of her revelation that she intends to resurrect the deceased child, Alice is recovering at home and attracting crowds of supporters and protesters alike. Birdy is furious at the assembly of elders demanding control of her daughter’s empire, but she finds it hard to balance the spinning plates of maternal love, religious belief and the financial upkeep of the church. Maslany shines, with her public statement to the masses a wonderful scene. I can’t see where this plotline is heading, and I like that – Perry Mason is clearly not the kind of show where we’re seeing kids rising from the dead, so how will it play out?

Although this is based on character moments, we get a lot of advances in the plot. Mason and his partner Strickland (Shea Whigham) are now convinced that a fourth man was involved in Charlie Dodson’s death, and they are on the way to proving it. They bring mortician Virgil (Jefferson Mays) to Mason’s house and show him a horrifying sight – George Gannon’s body, stolen from the mortuary at the end of the last episode. A second, genuine autopsy will help prove the two and, after a bunch of good lines, they come up with a hugely inventive way to get it. The trail then leads to a chilling encounter with Detective Ennis, and it’s clear Mason suspects him.

Pieces are starting to come together, but there are still a lot of plot threads to develop and it’s hugely exciting to see what will come next

‘Chapter Four’ was fantastic TV, but there were some minor issues. The Chubby Carmichael storyline from the first episode returns, and it all pays off as a way to get Mason beaten up – I didn’t even realise who it was for a minute. Mason’s girlfriend Lupe returns for another scene that adds very little, and it still feels like a waste of her character. Paul Drake is completely absent, a surprise given his canonical importance, although I did enjoy the character development afforded to Della this week.

We’re now halfway through Perry Mason and, after an iffy start, the character and narrative work has been on point. Pieces are starting to come together, but there are still a lot of plot threads to develop and it’s hugely exciting to see what will come next. However, the show resolves this week’s cliff-hanger (and I fear it’s going to be the worst-case scenario), it will completely change the momentum going forward.