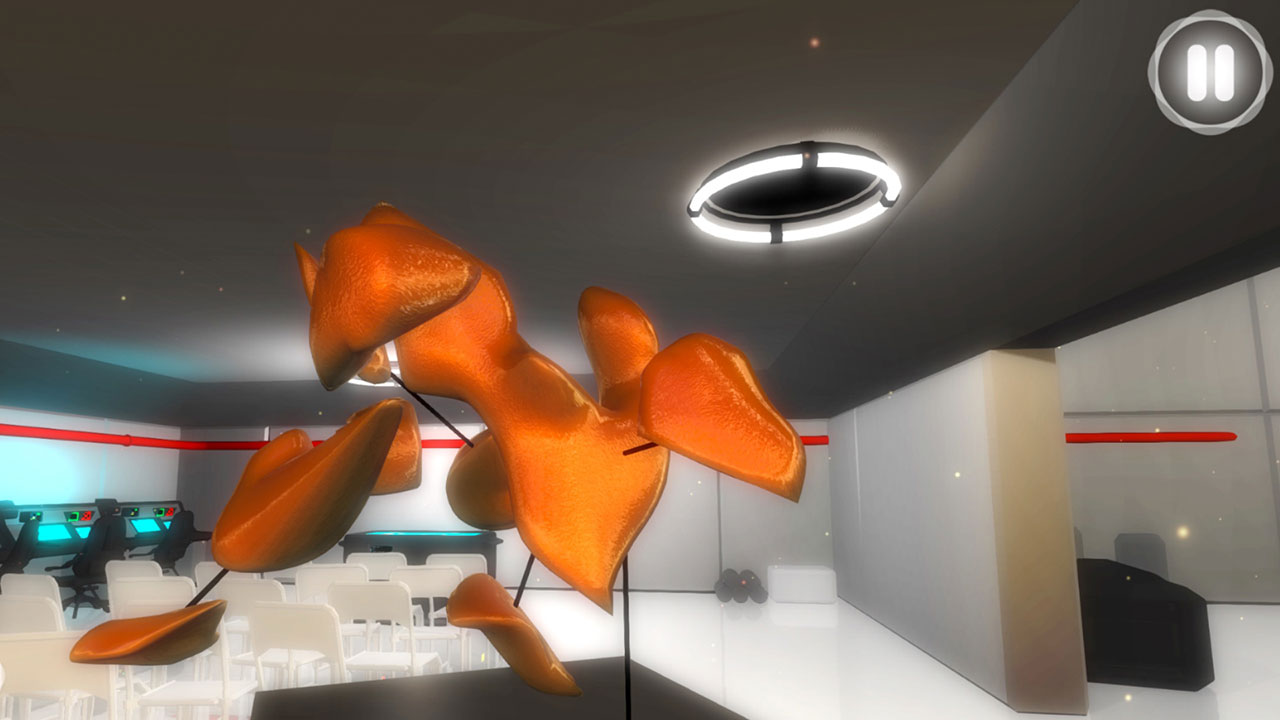 If you know me, you know I like puzzles. I often seek out new puzzle games to test my brain, and a friend recommended Ivanovich Games’ Perfect Angle, a game of optical illusions and perception. But although it has an intriguing set-up, it’s really let down by a poor execution.

The premise of the game is a simple one. Each stage takes place in a different location, and you have control of the camera. You must rotate the world, finding the perfect angle so that the random items show a certain object or item. At its heart, this is all you need to do, although there are a number of new mechanics introduced. You may be given a rocket launcher, with which you can destroy unnecessary pieces of the environment, or you may have to flood the area, changing the perspective and moving fragments to a different plane.

This is a good set-up for a puzzler, and some of these puzzles are a genuine challenge. There is a huge amount of satisfaction when you figure out how these random items will work together and you finally find that perfect angle. The game promises over 100 different puzzles, and these are mostly well-executed without being stupid. Both the physics and optical illusions used to create these puzzles are astounding.

My major issue, though, is that the solutions to some of these puzzles are so painfully obscure, it’s sometimes impossible to see where to begin. The game doesn’t tell you what shape you’re looking for, so it can be pretty difficult at the start. There’s a decent hint system that gives you five hints which tells you what you’re looking for and how you’re progressing without necessarily spelling it out. Don’t get me wrong, I’d prefer that I didn’t need the hints to even get started, but the system is an effective one.

Playing through the story does give you some motivation, but I don’t think it made much more sense when I was done

I think that Perfect Angle would have worked as a solid puzzle game, which presented the levels and nothing more. But for some reason, there’s a bizarre framing narrative that surrounds it. The narrator has amnesia and the puzzles are ostensibly a journey through his mind, but in practice, it’s just a feeble excuse to join the puzzles together. There are some nicely stylised cutscenes that linked the sections, but I could easily have done without them. They do contain some fantastic prose, though – lines that were either cringe-worthy or genius, I couldn’t decide. Playing through the story does give you some motivation, but I don’t think it made much more sense when I was done.

It’s also worth drawing attention to the graphics – outside of the puzzle elements themselves, this game is really a little ugly. The colour palettes are fairly monotonous, and the backdrops are lacking in character. The video transition between the locations is really plain and it feels like these were afterthoughts thrown in at the end of development. It’s all window-dressing, and, given the rather short play-time (maybe a couple of hours max), more care should have been taken.

I wanted to like Perfect Angle a lot more than I did. The ideas are magnificent and I thought some puzzles were brilliant, but they were often bogged down by frustrating design choices. As a result, the game feels like far more of a slog than it should. The fundamentals are fantastic, but the execution is a little too poor to make this as enjoyable an experience as it should be. With some more structure and better design choices, this could have been an essential title – as it stands, Perfect Angle will be easily forgotten once you’re through with it.