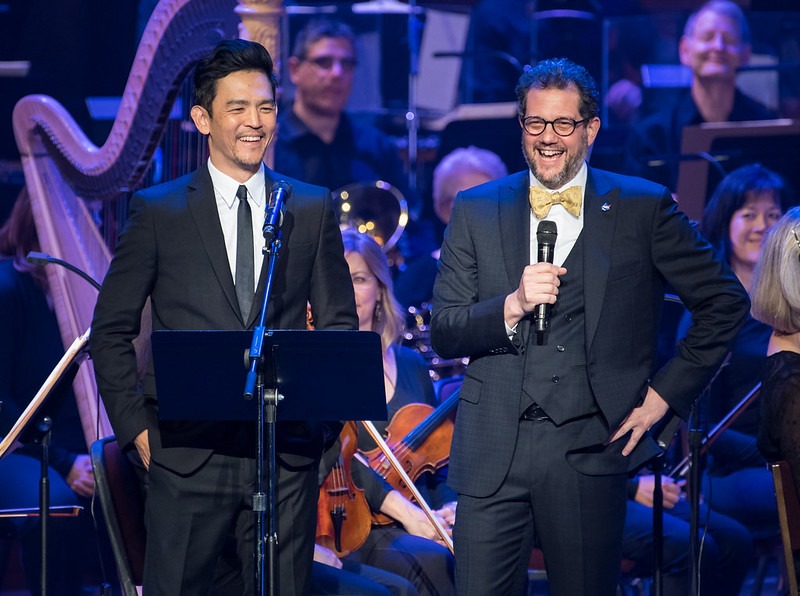 Michael Giacchino is one of the most prolific composers in Hollywood today, and his name on a project means it will be beautifully orchestrated and full of strong distinctive themes. Often touted as the heir to John Williams, Giacchino values a symphonic score and knows how to use it. Giacchino has reimagined a lot of cinematic classics, scored some of the most powerful animations of our times and provided musical identity to many recent classics too – so, in honour of the composer, here’s a selection of some of his best scores.

This is how you make an entrance in style. In his very first film score, Giacchino composed a superhero score that’s a fun homage to the classic spy film. It’s full of expressive brass and a big band jazz vibe that is an absolute joy to listen to – in a mode that continued throughout his film scoring career, it’s clear Giacchino has a great love for this older music as he offers his own unique spin. One of the reasons these two Incredibles films are so exciting is because of their scores – it has a main theme that screams heroism, and listen to ‘The Incredits’ for perhaps the most enjoyable and exciting music in Pixar’s repertoire.

John Williams scored every Star Wars movie since 1977, and stepping into his shoes for this spin-off was an unenviable task. And yet, this score is wonderful – it feels like it belongs to the Star Wars universe, but it also has its own themes and clear identity, a hugely impressive task. Composed in just a month, Giacchino builds his own Imperial theme for the bureaucratic Krennic and a melancholy piece for our hero Jyn Erso, matching the tone of the film perfectly. Giacchino takes care to reflect the orchestrations of the Original Trilogy but puts his own spin on the material, offering a score that is deeply nostalgic yet highly original.

On the subject of John Williams, Giacchino took the musical reins when the prehistoric franchise was rebooted. The composer drew on Williams’ themes (in what I would arguably is the maestro’s best score) but he added his own original motifs, with a new theme that feels like a logical evolution (have a listen to ‘The Park is Closed’, and you’ll hear what I mean). My preference is the score for Fallen Kingdom, the more interesting of the two – at points, it’s essentially a horror score, as the wonder of the earlier films has given way to a near-apocalyptic future for humanity. Giacchino is slated to score the third film, Dominion, and I’m looking forward to seeing what he does with the identity he has developed in these two scores.

Everyone knows the ‘Married Life’ sequence in Up, which showed you a couple’s life and absolutely broke your heart in the process – many said that that cue alone helped win Giacchino’s Oscar for Best Score. But the whole score is beautiful, a breezy, easy-going and whimsical mix of jazz and waltz rhythms that are full of emotion. It hits the action beats perfectly, particularly in an evolving theme for the insane explorer Charles Muntz, but it feels painfully intimate at the same time. At the heart of Up is an old man missing his wife who seeks one last adventure, and the score never loses sight of the emotion.

Giacchino first came to this franchise for its eleventh instalment, and he delivered a set of three scores that are big and bold, and which redefined Star Trek’s musical landscape while still feeling true to the series. The composer goes big, with action sequences full of soaring strings and heroic brass, driven by a percussive beat that is always driving forward – this is sheer adventure, and the music screams it. It takes skill to write themes as exciting and joyous, meaning these scores are perhaps his best action entries. And, if you’re a purist, Giacchino pays homage to Alexander Courage’s original TV theme as well as Jerry Goldsmith and James Horner scores, working them into his own motifs – he pays homage to the past as he brings the series into the future.

Much though I dislike Benedict Cumberbatch and his ‘acting’, I must admit that the score to this film is just magical. Giacchino perfect captured the vibe of the film with a score that merges electronics with the symphonic, and which employs its main theme perfectly. The way he uses the harpsichord and the sitar, and contrasts them with the electric guitar, screams of culture clash, and of old giving way to the new, and it’s beautifully fitting. It feels like a superhero score, with a theme that evolves like it feels it should, yet it mixes in understatement that makes it all the more intriguing.

How do you score something as abstract as joy or sadness? Pixar turned to Michael Giacchino, for a score that is full of optimism and childlike wonder, channelling the perfect emotional beats for a film about emotion. It has a retro jazz vibe, which helps convey the bouncy of our main character Joy, although it employs the piano at its heart and is never short of a string movement for its sadder moments (see ‘Tears of Joy’). Few composers could have captured so much, from the nightmares of the subconscious to unbridled joy to coming to terms with sadness, and uniting these different identities in a cohesive and listenable score is an impressive feat.

Is ‘The Searchers’ truly one of the greatest films of all time?