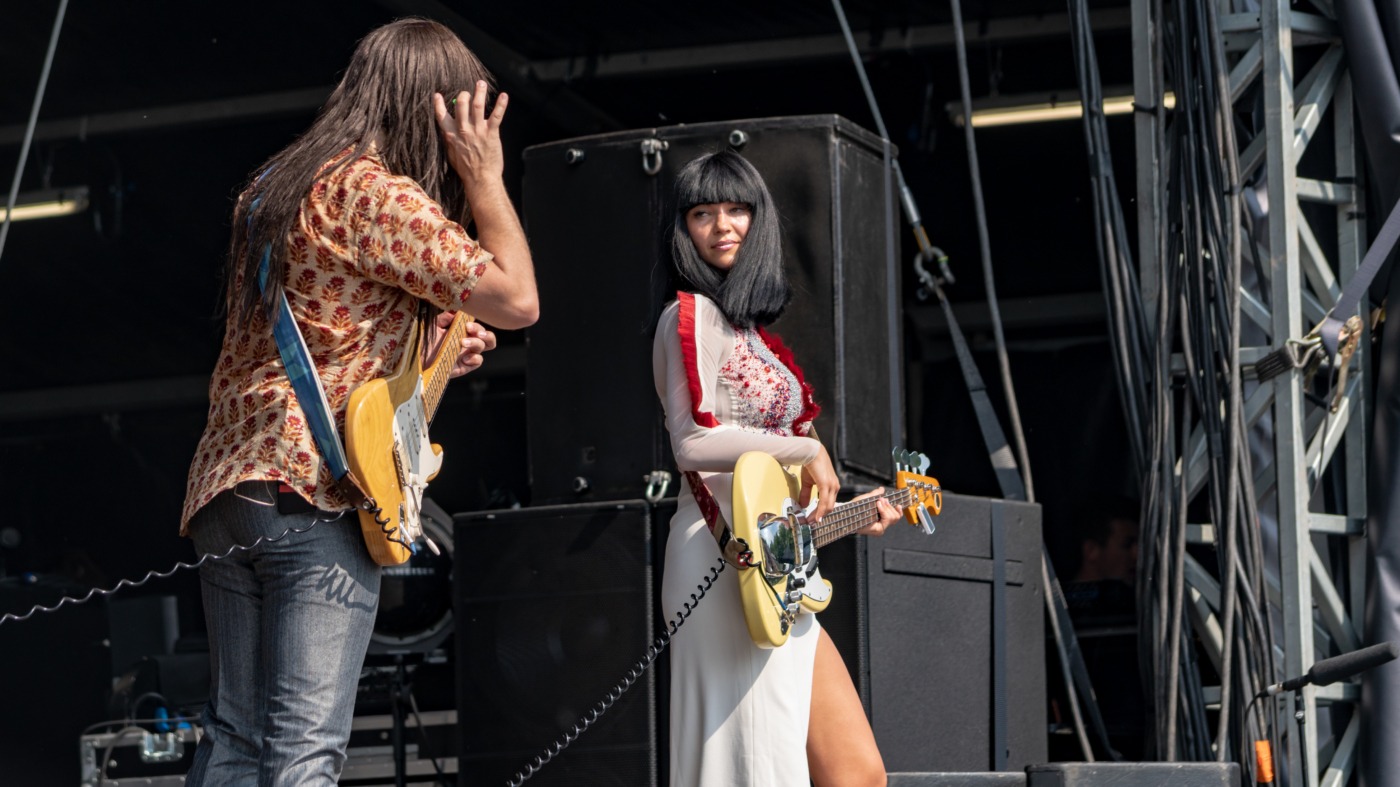 These are dark, brooding times. This presents a problem for the more atmospheric album, in that we exist already in a more oppressive atmosphere when we consume the art than perhaps was imagined at the time of the record’s conception. For abrasive albums, this is not so problematic – the Run The Jewels, Currents and Charli XCX’s of this world create such arresting art that it cuts through the fabric with precision to make Philip Pullman blush.

The task for the more explicitly atmospheric album is different: it must completely displace this atmosphere with a new one of its own creation. It must prove technical and interesting enough to pull you into the space it needs you to be in to appreciate it, without being so concerned with getting you in the mood that it lacks actual substance once it gets you there. Faced with these twin genii, several records have completely failed to make an impression on me during this lockdown period. However, Khruangbin succeeded. Mordechai is a balm for the soul in a time that has dire need of it and proves that a cohesive record still has the power to create a meditative and calm space, a brief respite from the world at large. That is the beauty of this kind of music.

Mordechai is, at its heart, a meditative, spacious funk record. While the tone is not consistent – the formula meanders from one track to the next – in many ways, it evokes the feeling of a walk around a lake: as the listener makes their way from one song to the next they gain another perspective on the same subject. The tone varies like the undulations of a path, rising and falling but never taking you away from the lake itself.

After establishing its core sound on opener ‘First Class’, we are drawn into the hypnotic but energetic funk of ‘Time (You and I)’ which reels you into its optimism and longing with cyclical looping. The first true highlight is its immediate response to this track, ‘Connaissais de Face’, which leans heavily on a dark but not sombre mood, consisting of snippets of a half conversation between two old lovers. For them, what is unspoken is that which is said the loudest. For the listener, what is unseen is that which is seen the clearest. The conversation evokes imagery of a smoky late-night, drawing heavily on some of the sexual tension of noir aesthetic. In this way it can establish narrative intrigue, without actually revealing much beyond hints – the contemplative instrumentals play their part, burrowing deeper into the listener as the conversation flits between surface-level remarks.

This fleeting half-memory is spirited away by the instrumental-only ‘Father Bird, Mother Bird’ before ‘If There Is No Question’ gives a more complex look at love and loyalty. These tracks either side of the instrumental demonstrate exactly how much the band has gained by adding vocals into their repertoire, as their previous works were primarily instrumental. However, on the back-half of the record, they are not employed in quite as novel ways as before. ‘Pelota’ leans too heavily on Latin pastiche and doesn’t fit the record.

Proceedings quickly pick back up again with ‘Dearest Alfred’, again utilising the vocals well to tell the story of a rekindled friendship via a letter, while the instrumental is drenched in reverb to give a contemplative atmosphere. This then builds into the more tropical ‘So We Won’t Forget’, the true highlight of the second half: an engaging cyclical bass meanders with complex rhythms far denser than anything else on Mordechai, balanced by vocals and more jovial ambience. The album closer instrumental ‘Shoda’ slowly returns us to the spacious melody of the introductory track as if we have completed our walk and are back at the start of the path.

Mordechai may prove to be the record for the group that propels them to more mainstream Anglosphere success. From the cyclical arrangement of the album to the similar style of the bass riffs, this album is all about creating a comfortable and sensitive space for reflection, and despite a few missteps it achieves this – I never felt taken out of the experience. Its highs are truly excellent and show how much potential the band have.

The experimentation with vocals works wonders on ‘Connaissais de Face’ and ‘So We Won’t Forget’, however in several others these are still too sparse, merely signposting a meaning but not effectively enough for true engagement. It is in large parts more inclined towards the meditative than the profound. That is more than enough to make a great record – something you could enjoy listening to in isolation, or while you work or play. That said, there are enough high points on here to indicate the musical trio have a truly profound album in them too.