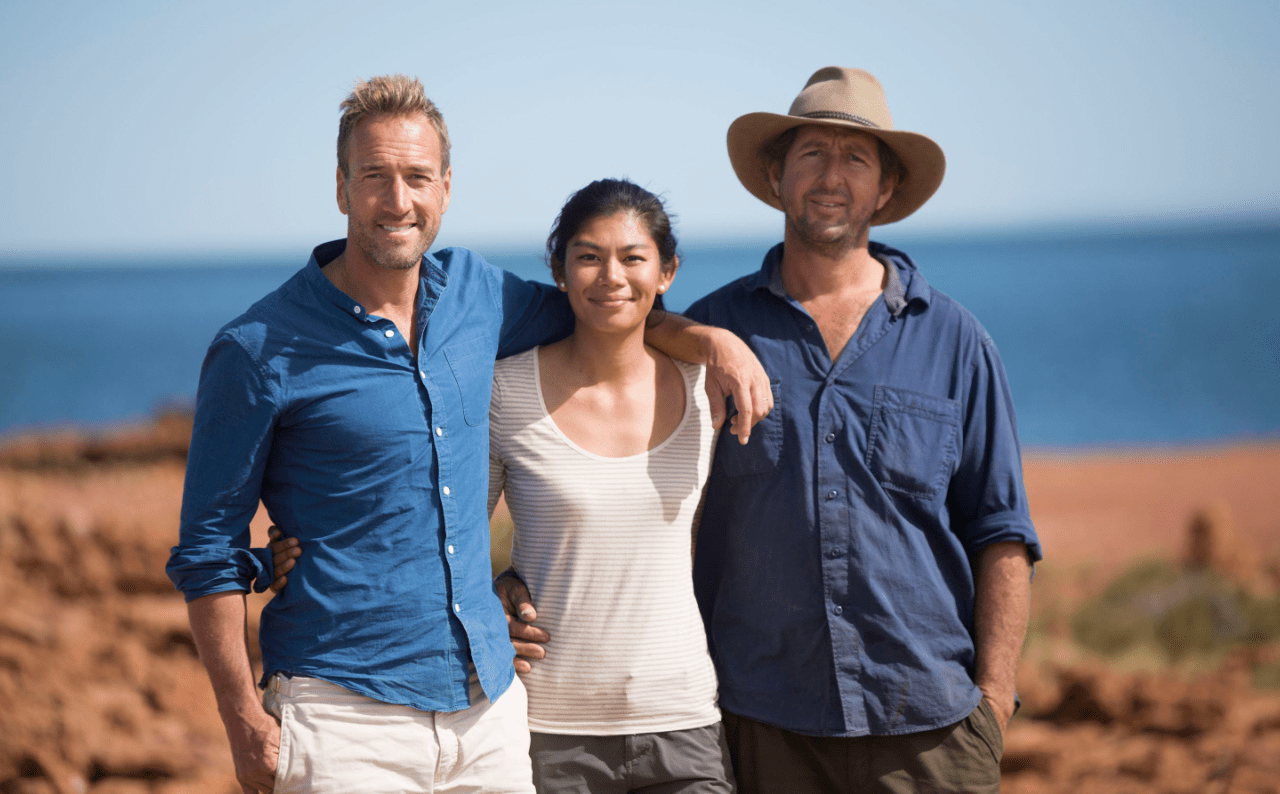 Ben Fogle’s New Lives in the Wild provides a feeling of escapism, as the adventurer documents his travels to some of the most remote locations in the world. Fogle explores the possibility of living off the grid permanently, staying with those who have abandoned their conventional lifestyles to move to the wild.

The 12th series sees Fogle revisiting hosts, to see how they continue to live in such challengingly isolated locations. In returning to the same places, he documents their long-term commitment to the abandonment of convention, in favour of independence and self-sufficiency. The juxtaposition of clips from Fogle’s first visit with his return makes the progression of the hosts’ livelihoods particularly impressive.

Fogle revisits 70-year-old Colbert, who abandoned his mansion and six-figure annual salary to live in a swamp in Georgia. The changes he had experienced between the visits were both painful and inspiring, as his hand-built wooden home had burned to the ground, and he had been forced to restart from scratch.

Fogle explores the possibility of living off the grid permanently, staying with those who have abandoned their conventional lifestyles to move to the wild

Yet in spite of losing every last possession, Colbert was not tempted to leave the swamp and return to urban life. Instead, he told Fogle: “I saw it as an opportunity to rebuild my life and ever since that day I’ve been nothing but thankful”.

Colbert conveys the choice to redefine success that is shared by so many of the hosts Ben visits. Rather than measuring it by a qualification, position or salary, it is simply based upon feeling content. Describing himself as “overwhelmingly blessed” and “the luckiest, maybe one of the richest people in the world”, Colbert offers inspiration for prioritising emotional wealth over material wealth.

Observing the courage of people like Colbert, who have sacrificed security in the pursuit of contentment, one is left with a sense of overwhelming respect. Whilst the lifestyle certainly would not appeal to many, the sense of self-awareness demonstrated by the people Fogle visits can be deemed universally inspiring.

It encourages the viewer to question their own views of success and whether we have become too comfortable or complacent in our own lives. In providing a raw insight into the experiences of those who have chosen to risk everything they had, Fogle makes us question whether what we are working towards is what we truly want.

Indeed, the series is of a deeply thoughtful nature. The peace and freedom obtained by those who pursue a self-sufficient life in the wild is absolutely evident. Whilst some locations certainly seem more appealing than others, the fundamental idea of escaping the rat race and seeking a simpler life is highly tempting.

Whilst the lifestyle certainly would not appeal to many, the sense of self-awareness demonstrated by the people Fogle visits can be deemed universally inspiring

However, Fogle is careful to show the experience of living in the wild as a whole, not merely the highlights reel. For some, the drawbacks of living in such remote areas start to outweigh the benefits: Ben also revisits Jim and Kim, who had put their desert island up for sale, describing it as a “money pit”. The relentless high temperatures and extreme isolation meant the couple were struggling to continue to enjoy their lifestyle, whilst also making it financially viable – reflecting that this level of freedom comes at a price.

The series also explores how self-sufficiency forces people to hold themselves accountable for every element of their lifestyle, something which can all too easily be avoided in developed society.

“I don’t think I could bring myself to do it” said Fogle, when asked if he would kill a possum in one episode – despite admitting that he ate meat and understanding that it was also vital to maintain the fragile ecosystem. His visible moral conflict highlights the hypocrisy of funding meat production, encouraging the viewer to reflect upon their own stance regarding eating meat, if feeling morally incapable of killing animals.

The discussion of responsibility is furthered by the exploration of climate change; whilst it had been a topic in earlier series, it was particularly pertinent most recently, as Ben was able to witness the changes that landscapes had undergone between his visits and hear the words of warning from the people who are being directly affected.

By revisiting people in this series, he demonstrates that such isolated living can be sustainable, regardless of adversity

Ben Fogle offers an insightful view of the realities of living off the grid. By revisiting people in this series, he demonstrates that such isolated living can be sustainable, regardless of adversity. In this light, pursuing a life in the wild is shown not only as tempting, but also achievable.

However, his presentation of the challenges faced reflects that such extreme lifestyles require sacrifice, resilience and an absolute passion for your surroundings. Whilst the practicalities would outweigh the attractions for the majority, Fogle’s conversations and experiences both elicit respect for those willing to take the risk and inspire a consideration of smaller changes we can all make, to lessen the impact of our own lifestyles.