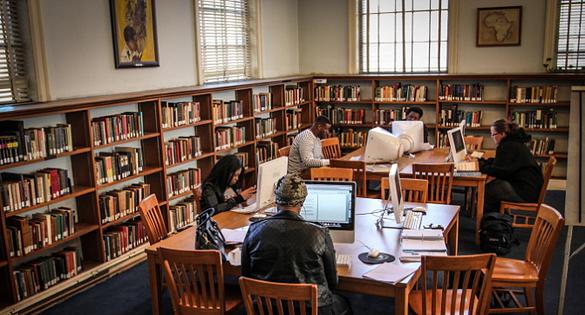 Thirteen universities in the UK could face bankruptcy following the coronavirus pandemic if they do not receive a bailout from the government, a study has revealed.

Although high-ranking universities with large numbers of international students will likely have the largest drop in income, it will be the least prestigious universities who encounter the greatest risk of insolvency, according to the Institute for Fiscal Studies (IFS).

The sector as a whole has faced numerous financial challenges in the wake of the pandemic and those are set to continue into the next academic year.

Universities face a drop in income from a loss of international students, who pay higher fees, the cancellation of conferences, losses on long-term investments, and reduced student numbers if many prospective students choose to defer the start of their higher education.

The IFS has estimated the overall loss to be around £11 billion, although it could be as high as £19 billion.

The IFS has also stressed that universities’ pre-pandemic financial situations will have an influence over how much difficulty they could be in. The i reported in 2018 that there were already three institutions who were facing bankruptcy and were reliant on short term loans to keep them open.

The report said: “Whether Covid-related losses put a given institution at risk of insolvency largely depends on its profitability and its balance sheet position before the crisis, rather than on its predicted losses from Covid-19.

Whether Covid-related losses put a given institution at risk of insolvency largely depends on its profitability and its balance sheet position before the crisis, rather than on its predicted losses from Covid-19

The IFS has recommended a targeted government bailout for these institutions and has stated that this is the most cost-effective option. The study identified that such a bailout would amount to around £140 million.

IFS research economist Elaine Drayton said a targeted bailout would be by far the cheapest option.

“However, rescuing failing institutions may weaken incentives for others to manage their finances prudently in future,” she warned.

“General increases in research funding avoid this problem, but are unlikely to help the institutions that are most at risk, as few of them are research active.”

Jo Grady, general secretary of the University and College Union, has called for the government “to step in and guarantee lost funding for universities so they can weather this crisis and lead our recovery on the other side”.

The IFS are assuming there will be 10% fewer UK students, yet the latest UCAS figures show the opposite trend. Who would choose to have a gap year at the moment, when travel and job opportunities are so limited?

Nick Hillman, director of the Higher Education Policy Institute said the report should be “taken with a lorry load of salt”.

“The IFS are assuming there will be 10% fewer UK students, yet the latest UCAS figures show the opposite trend. Who would choose to have a gap year at the moment, when travel and job opportunities are so limited?” Mr Hillman suggested.

The National Union of Students said the crisis had “exposed many of the flaws inherent in running our education like a market”.

“When funding is so unstable, it’s no wonder that our universities and the jobs of thousands of academic and support staff are now at risk,” said a spokesperson.

“We are of course especially concerned about the risk to students that this instability poses.”

The Department for Education has reiterated that a government package announced in May can provide access to job retention schemes and general business support for universities.

Gallery image with caption: Up to 10% of British students may defer their university places, UCAS chief officer says

Gallery image with caption: University of Bolton branded “irresponsible” over plans to reopen in September

Gallery image with caption: Graduates likely to be hit hardest by coronavirus-linked recession