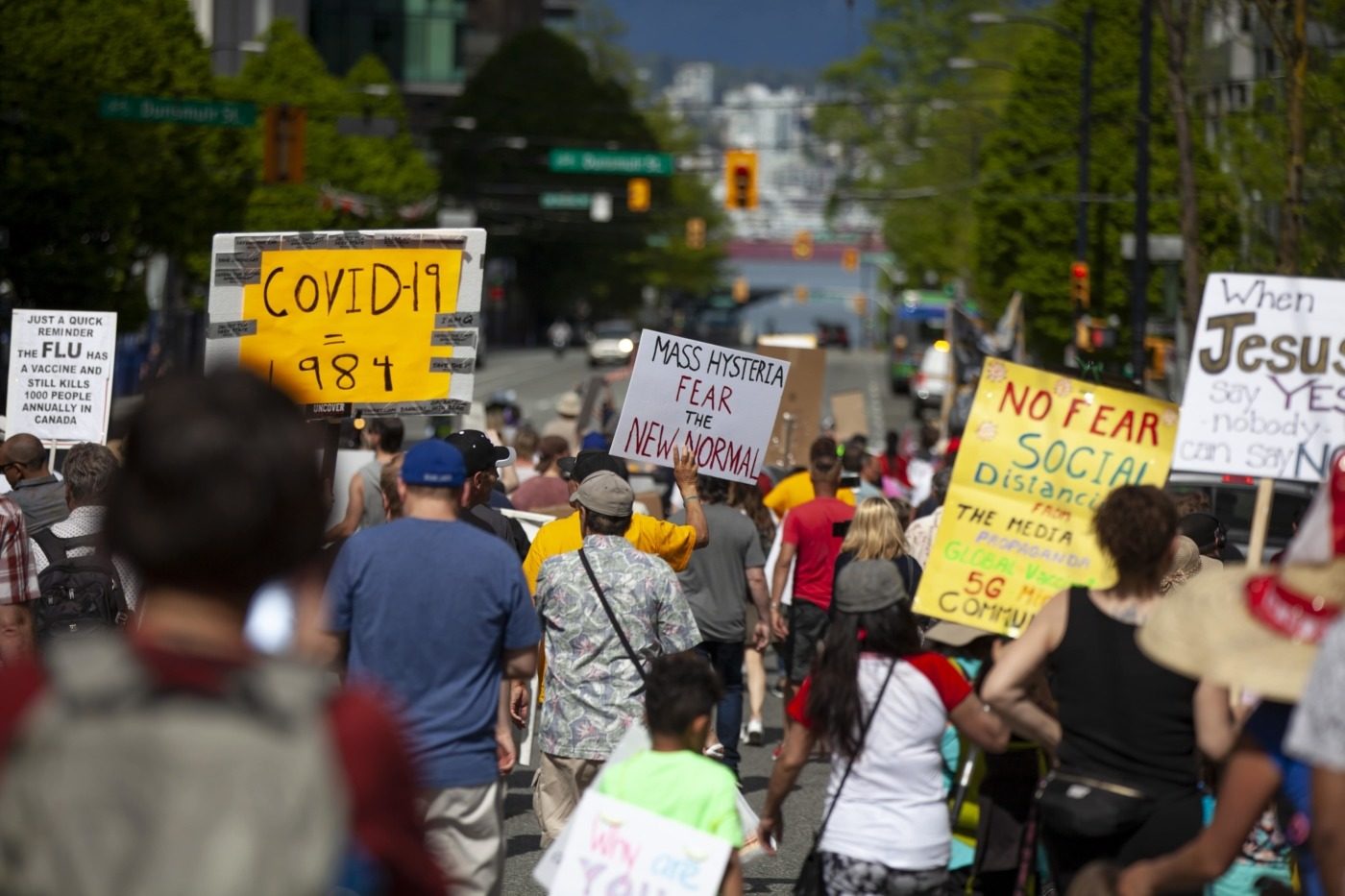 What are the key components of a free, liberal society? Many would argue freedom of movement within a state is key: the ability to move around a country without state interference, surveillance or regulation. Similarly, freedom of association is regarded as a vital part. Individuals have always viewed the ability for groups – religious, political, cultural – to associate without state intrusion as a bedrock of freedom. It is often this right that religiously conservative or culturally rebellious organisations have fought for over generations.

These rights have been transformed by coronavirus. Numerous government enforced lockdowns have been enacted in most states, especially in Europe, affected by the coronavirus pandemic. The movements of individuals have been timed and controlled, with many citizens only able to leave their home to go shopping, for exercise or to help a vulnerable person. Shared cultural and religious organisations like theatres and places of worship have shut their doors, forced to move online to enable effective social distancing to take place.

While most individuals have willingly conformed to this sacrifice of individual liberty, there has been dissent. Protests against the lockdown have taken place around the world, especially in the USA. Many fear that these protests fail to retain social distancing measures.

While most individuals have willingly conformed to this sacrifice of individual liberty, there has been dissent

Historically, protests have been a powerful political force to demonstrate disagreement and opposition to government policies. In 2003, over a million people worldwide marched against the Iraq War, with reports in the aftermath of war suggesting the protestors had been vindicated by arguing the case for war hadn’t been made. The day after President Trump’s inauguration in 2017, the ‘Women’s March’ became the largest single day protest in US History. For centuries, peaceful protests have been a powerful, essential way for citizens to express their discontent with those in power.

Americans opposing the lockdown have recognised the public and political attention they will garner from gathering together unsafely. According to the Independent, a group of lockdown protesters in North Carolina, for example, were seen carrying fake weapons made out of ‘plastic and wood.’ Their aim was clearly to attract social media attention by arguing society should fully reopen. That small protest mirrored a protest in Michigan, where armed individuals entered the Michigan State Capitol in Lansing. It is clear then, that some Americans are attempting to intimidate the individuals who have enacted this lockdown.

It may seem surprising that protests are mostly in the US. The country has both the highest number of cases and deaths from coronavirus. Yet thousands, according to The Journal, have taken to protesting against restrictions. Individuals including the President have been more relaxed about re-opening businesses and gradually ending the lockdown. While the White House wants to enter ‘phase one’ of easing the lockdown, which would allow restaurants, cinemas, sporting venues and gyms to reopen, state governors have disagreed.

The US has both the highest number of cases and deaths from coronavirus. Yet thousands have taking to protest against restrictions

The Governor of Virginia Ralph Northam called arguments over perceived testing levels ‘delusional.’ It was clear that the infrastructure enabling significant levels of testing, which is required to control and contain the virus, are not in place.

Much of the protests originate from a specific political ideology. At rallies across America, including New Hampshire and Minnesota, many protesters have been wearing pro-Trump merchandise and shouting their support for the President. This has shaped the President’s response, with multiple tweets calling for states (with Democratic governors) to be ‘liberated’.

The effect of coronavirus on America medically and economically has been extraordinary. Rhode Island, according to Euronews, has seen a continuous increase in deaths and infections, with those in nursing homes accounting for more than 90% of the deaths. This means the death rate is around 10 per 100,000, among the highest in the US. Despite this, major protests in Texas have focused on people being allowed to work. It is unsurprising therefore that Trump should choose to side with those wanting to reopen the economy, given that the protestors largely appear to be Trump supporters from the 2016 election.

It’s unrealistic to completely generalise what the different beliefs and visions of the protestors are. Marches are often defined by attracting groups from across the political spectrum united by one cause. However, it is also impossible to deny that the groups are free from a dangerous far right contingent. According to the Guardian, one of the key anti-lockdown grounds, American Revolution 2.0, has received ‘extensive assistance’ from far right actors, including a co-founder of the Tea Party. Similarly, Al-Jazeera reported groups including the neo-fascist Proud Boys were present at a rally, making symbols linked to the far right, while notorious conspiracy theorist Alex Jones attended a Texan rally where he shook hands with protestors.

In America, there is a clear conflict between the actions of the federal government in Washington and those of individual state governments. As TRT World highlights, while protests have taken place around the world, the scale of their presence – especially the armed presence – in America is unprecedented. Why are the protests happening? It is clear the reasons go beyond fears of an inevitable world recession that would have taken place whether or not America entered lockdown. According to Al-Jazeera, many conspiracy theory groups, like anti-vaccination groups, those who believe in a ‘deep state’ and anti-China rhetoric, have been present at demonstrations along with racist ‘Patriot’ groups. The situation is clearly dangerous. As Michigan governor Gretchen Whitmer makes clear, there is a strong far right presence with ‘swastikas and Confederate flags and nooses and people with assault rifles.’ Arguments of a government conspiracy may be further exploited by news that Facebook plans to remove content advertising protests that defy the government’s guidelines on social distancing.

The right to protest has been ingrained in America’s history. It is a key part of the Bill of Rights, according to Business Insider, with protestors viewing both the lockdown and opposition to protests as anti-American. Since America’s founding, there has always been a great scepticism and fear of big government, demonstrated through the Second Amendment, which gives citizens the right to ‘keep and bear arms’ against an authoritarian government. Many of the protestors who aren’t on the far right would simply argue this what they oppose. Protestors have argued they simply want to feed their families and lead their lives. There is therefore both a combination of extreme economic poverty and a continual desire from families to fulfil the American Dream, that is, to live a prosperous life with their family, free from government interference. As one protestor argued, America is the ‘Land of the Free’ with China being the place for ‘communism’ and oppression. Individual liberty has clearly taken a priority for many over the collective medical safety of the vulnerable.

The situation is not exclusive to America. Protests, albeit on a significantly smaller scale, have taken place in the UK. According to Sky News, officers separated a group of 40 to 50 people in central London, arresting individuals and issuing fines. Many of the banners were based on conspiracy theories like the belief 5G networks cause coronavirus, despite no evidence existing for this claim. There were some fears individuals were being tracked and traced, which could link to the new contact tracing app currently being trialled on the Isle of Wight. Groups were also arrested in the UK for taking part in a group hug, demonstrating the clear defiance towards social distancing rules.

Protests, albeit on a significantly smaller scale, have taken place in the UK

However, these protests are a minority opinion within the UK. According to Business Insider, an Ipsos Mori poll found over 60% of UK citizens would be uncomfortable engaging in activities like going to bars and restaurants. Social gatherings society had been so used to until a few months ago now seem completely abnormal. The level of conformity in the UK could again be linked to our history. Despite a Civil War in the 17th century, Britain’s history has been far less based around rebellion and revolution, with less opposition towards government than in America. Despite factually incorrect, misleading conspiracy theories though, any protest does help to further the discussion and ensures governments have to justify their actions.

The situation in Australia has also been similar, where, according to the Guardian, ten people were arrested in Melbourne for protesting against ‘self-isolating, social distancing, tracking apps and 5G being installed’ with the conflict between protestors and police leaving an officer hospitalised. The main demonstrations took place outside Victoria’s Parliament, again highlighting how the protestors want to intimidate those in power. Many of the protestors used stereotypical anti-vaccination and anti-5G rhetoric. This evidently mirrors US protests with individuals accessing incorrect information online, which has even led to protests against Microsoft founder Bill Gates, who supports the lockdown.

Countries on the European continent, which have undergone an even more authoritarian, conformist approach to lockdown, haven’t been immune from protests or opposition. In Germany, according to Reuters, the government has worried about conspiracy theorists engaging in protests against lockdown. Nonetheless, there have been a significant number of protests in Berlin and Munich, with, like Australia, many violent clashes against the police. While debates on the scale of state interference and economic damage are legitimate – no doubt being a part of many inquiries after the pandemic – conspiracy theories appear unable to extend the discussion by resorting to historic tropes about actions of supposedly malign governments.

A simplified, binary decision between saving lives and reopening the economy is often presented in anti-lockdown protests. As Dr Anthony Fauci, a member of the White House Coronavirus Task Force argues, an economic recovery cannot take place until the virus is under control. If people are ill, they cannot work and won’t choose to go shopping.

A risk of both a second peak of infections and further economic damage could occur. Nonetheless, according to Pew Research Centre polling, 66% of Americans fear restrictions could be lifted too quickly compared to 32% for too slowly.

While anti-lockdown protestors make themselves known and visible, there may still be a silent majority in America who, if not support, accept the lockdown.