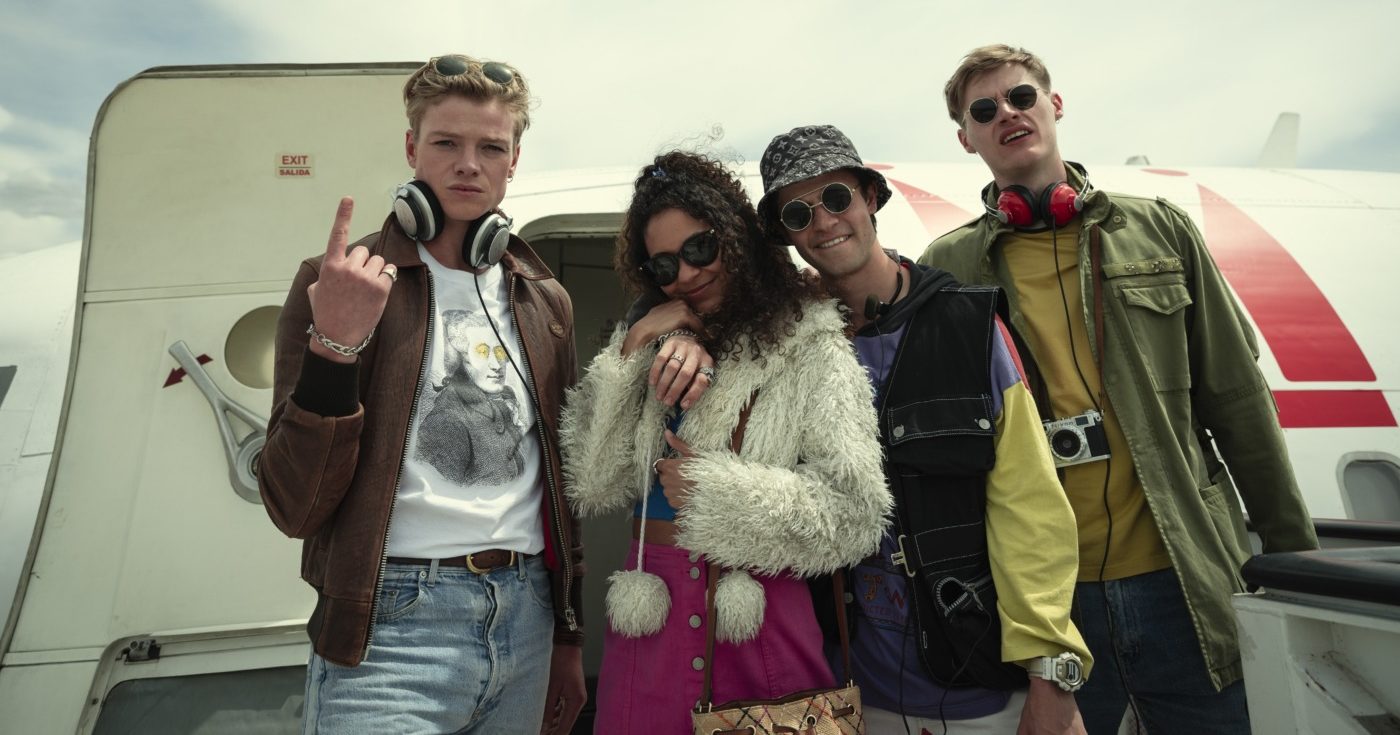 What happens when your dreams actually come to fruition? When pleasure-seeking becomes self-destructive? Or when you realise that the best years of your life were twenty years in the past?

Those are some of the questions White Lines, Netflix’s latest British drama, asks in its 10 episode stretch. It’s a show of excess and extremes, the dark and often unexplored chasm between our exterior and interior selves.

Sixteen years on from her brother Axel’s disappearance, librarian Zoe Collins returns to Ibiza to identify his body. Now married with her own child in Manchester, she decides to stay in Spain in order to discover what, or rather who, killed him, soon getting wrapped up in the debauchery and deceit that is commonplace to the island’s inhabitants.

If the title wasn’t a giveaway, it’s a drama, which, in typical Ibiza fashion, is fuelled by drugs, sex and plenty of 90’s era raves

White Lines isn’t your typical murder mystery. If the title wasn’t a giveaway, it’s a drama, which, in typical Ibiza fashion, is fuelled by drugs, sex and plenty of 90’s era raves. It features perhaps some of the most epic party scenes in television as we flashback to Axel and his friends in Ibiza, living the life your average twenty-something could only dream of as they open their own clubs, DJ for thousands and give Project X a run for its money with their indulgent, drug-addled and orgy-filled raves.

However, just as how Ibiza is not just a stag holiday resort, White Lines doesn’t aim to glamourise or misrepresent the sunny archipelago. That’s one of the show’s main, and most impressive, aspects: breaking through the flashy exterior of one of Europe’s number one party destinations, and the people who call it home.

All of the characters have a little bit more to them than originally appears: the wealthy, club-owning Califat family are rife with secrets, Zoe’s obsession with Axel’s death sends her teetering on the edge of a breakdown, and Axel’s friends – now a small-time drug dealer, sex party madame and a born-again Buddhist, respectively – have never truly gotten over the life they lived when they were young. All of these characters seem to hold the key to what happened the night of Axel’s murder, yet the show’s intricate sub-plots keep you guessing as to whether or not they’re guilty – or, with the cocktail of drugs they consumed on the regular, if they can even remember if they did it.

All of these characters seem to hold the key to what happened the night of Axel’s murder, yet the show’s intricate sub-plots keep you guessing as to whether or not they’re guilty

One of the show’s most compelling aspects is in its study of how we deify ordinary people. Axel, a cheeky, charismatic 20 year old kicked out of his broken home with dreams of becoming a DJ, lived his short life in complete command of those around him – reminiscent of classical YA mean girls like Alison Dilaurentis. We all know someone like Axel: he’s the kind of person that, despite not being the kindest, still makes you want to impress him, befriend him, date him. And when he disappears, those who felt his presence spend the next two decades living in the shadow of who he was. And as Zoe soon discovers, who he actually was was not the brother she so revered.

All of the characters are well-developed, with depth, grit and raw emotion. They feel like people that, despite their glamorous lives, we all know. The lineup includes a few familiar faces: Axel’s best friend Anna is played by soap star Angela Griffin, and the stellar Laurence Fox impresses as David, the other ¼ of the original friendship group that left Manchester for warmer climates and better parties. White Lines also features some great Spanish stars in the Califat family, such as Juan Diego Botto (Oriel) and Marta Milans (Kika).

Cinematic scenes of beautiful beach stretches, long, empty highways and state-of-the-art mansions populate most of the screen time and provide the show’s artistry, whilst shots of blood dripping down Axel’s toothless mouth and Zoe screaming underwater are aesthetically stunning. In a world driven by music, the soundtrack is also fittingly five-star: Death In Vegas, Rosalía, Happy Mondays and CamelPhat are just some of the names that compose one of Netflix’s best musical accompaniments to date.

Is White Lines the most shocking of modern mystery thrillers? Not quite. Will the finale make you open your mouth in horror? It’s unlikely. Despite somewhat of an anti-climatic ending, the show is far more commendable for its study of human nature: how crises can bring the more unlikely of people together, and in some cases, blow relationships apart. How violence, sex and substances are used to cover up our most vulnerable traits. It’s a beautiful and grittily-realistic snapshot of life in the peak of 90’s rave culture, and how the lives of those who reigned those beach parties fall apart once the revellers go back home.