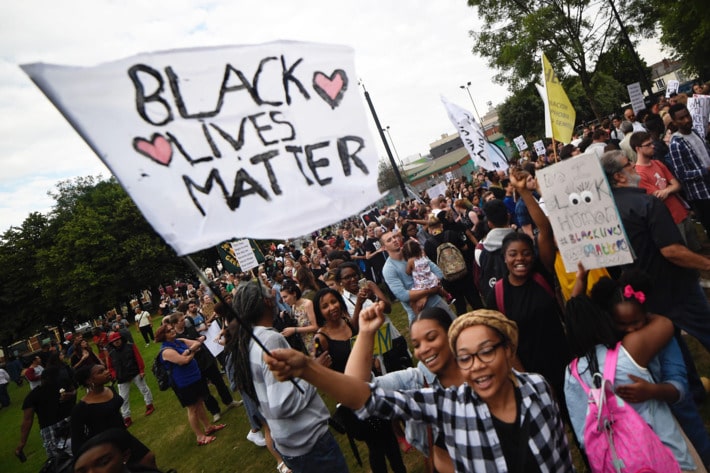 Although you may have been hearing the term increasingly over recent years, the concept of white privilege has existed for centuries.

First and foremost, it’s important to clarify exactly what it means. There are lots of great explainers and graphics out there but one stood out to me the most because of how clearly it explains it. Having white privilege does not mean your life has not been hard. It simply means that the colour of your skin is not a factor in making it more difficult.

White skin privilege has its roots entrenched in European colonialism but one of the first times it was written about was when American sociologist W. E. B. Du Bois described a “psychological wage” held by white labourers over black labourers that made them feel superior and granted them access to privileges, such as voting rights and better schooling.

White skin privilege has its roots entrenched in European colonialism.

It was in the late 1980s, however, that the term rose to greater prominence after Peggy McIntosh published an essay in 1988 where she referred to it “an invisible package of unearned assets.” It may feel strange to acknowledge this for many white people, but a lot of these “invisible” privileges granted range from what may seem like small-scale privileges to large disparities.

McIntosh, a white woman, lists in her essay some of these privileges that she benefits from. Feeling assured that her neighbours in any location she chooses to live in would be pleasant or neutral towards her. Her children’s curriculum attesting to the existence of their race. Having little fear of ignoring the power and perspectives of people of other races. Being assured that if she requires medical or legal help, her race will not work against her. Not having to teach her children about systemic racism for their own protection.

Perhaps the greatest of these privileges is not having to deal with the effects of systemic and institutional racism. McIntosh explains: “I was taught to see racism only in individual acts of meanness, not in invisible systems conferring dominance on my group.”

White privilege has led to the over-empowerment of white people, through the historical and present-day oppression of people of colour. Benefits of white privilege include being the dominantly and positively represented on media, not being viewed as a representative of your entire race, working and living in a system and buying products that are catered for you.

White privilege has led to the over-empowerment of white people, through the historical and present-day oppression of people of colour.

However, this oppression seeks to harm us all.

In the US, black students are three times more likely to face suspension than their white counterparts, for the same behaviour. Moreover, Black Americans are twice as likely to be unemployed.

US states imprison Black people at five times the rate of white people and Black and Hispanic inmates make up over 33% and 23% of the US prison population despite representing only 12% and 16% of the US adult population, respectively.

1098 people were killed by police in the US in 2019 and 24% of those killed were black, approximately double their representation in the US population. An increased number of Americans now admit that there seems to be systemic racism which has made Black Americans disproportionate targets of police brutality. The Netflix film 13th recounts decades of US governmental policy criminalising black bodies to win white votes.

It’s not just a US problem, it happens in the UK too. Black, Asian and Minority Ethnic group (BAME) overrepresentation in the UK prison population costs an estimated £234 million annually. While black people make up only 3% of the UK population, they represent 12% of prisoners. This proportion of black people being locked up in the UK is even worse than in the US.

In March 2019, 28% of young people held in custody in England and Wales are black, which has doubled since 2006. Black people in London are four times as likely to be stopped and searched by police compared to white people.

Racism still affects workplaces with over 70% of ethnic minorities facing racial harassment at work. Black women suffer a higher maternal mortality rate, dying at a rate five times higher than white women. And in 2020, racism is one of the reasons why BAME individuals are dying at disproportionate rates from COVID-19.

Dr Francis E Kendall explains, “the subject is extremely difficult to talk about because many white people don’t feel powerful or as if they have privileges others do not.” A perfect example of this is in Lee Mun Wah’s 1994 documentary film, ‘The Color of Fear’ which brings together eight American men of different ethnicities to speak about race.

One of these men, David Christensen, who identifies himself as “American” or “White American” does not believe in the existence of white privilege. Even after being told statistics and personal stories of other participants who are of Asian, African and Latino descent, he says, “Why is being white such a unique thing? Why is it such an important thing? I’ve never felt that way.”

In response, Loren Moye, a black teacher says, “As a white man, he doesn’t have to think about his position in life, his place in the world. The history books tell him, as they’re written, that this world is his.”

Another black man, Victor Lewis, responds, “I’m not going to trust you until you’re as willing to be as changed and affected by my experience and transformed by my experience as I am, everyday, by yours.” Like Peggy McIntosh wrote in her essay, one of the privileges afforded by being born into white skin is being ignorant of other races and cultures and that fact having very little impact on your life chances.

Addressing and acknowledging white privilege is a necessary first step. The road to racial equity will be a long one. Centuries of European colonialism and the Transatlantic slave trade have embedded implicit and systemic racial bias at the hearts of our societies and institutions. However, fundamental reforms to our laws, training, education and the unlearning of implicit racial bias are part of the way forward.