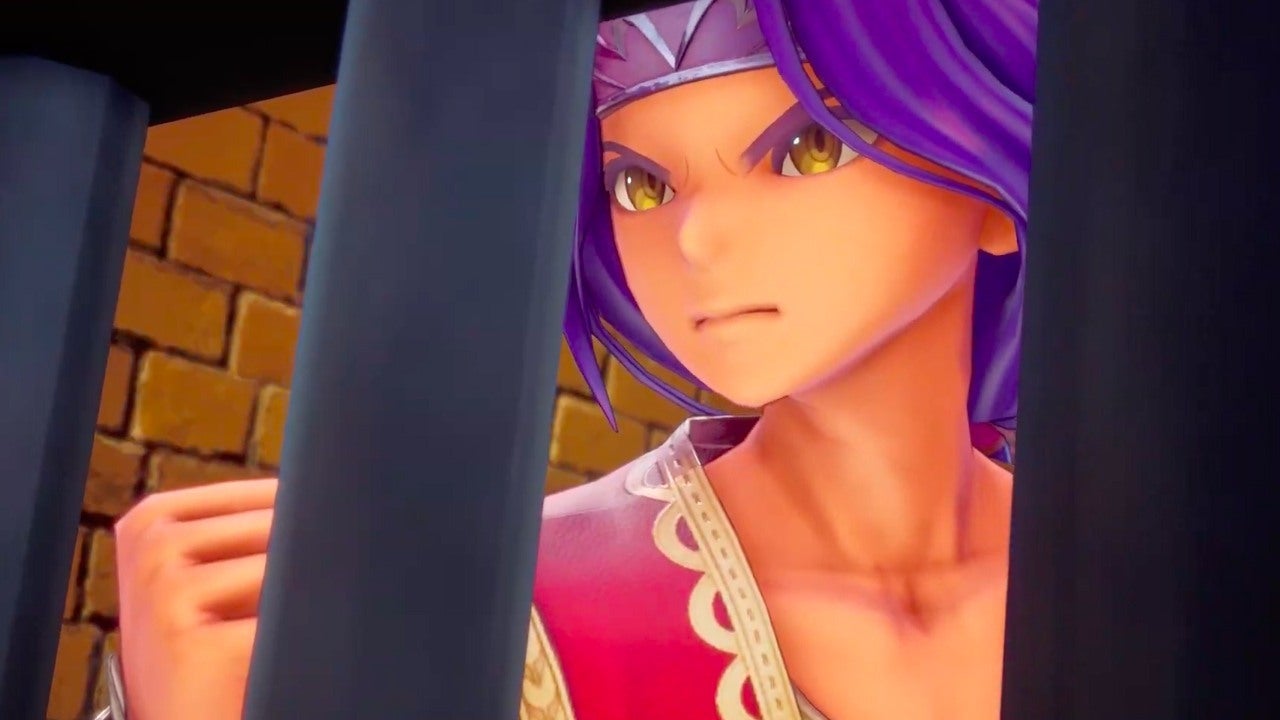 Square Enix is well-known for its many RPG franchises, and perhaps lesser-known amongst them is the Mana series, which has often been overlooked when compared to Final Fantasy, Kingdom Hearts, and even something lesser-known like Dragon Quest.

At E3 2019, Square Enix announced that the first three games would be bundled together on Nintendo Switch under the title Collection of Mana. Of particular significance was that the third game in the series, Seiken Densetsu 3, was translated into English for the first time.

On top of this news, Square Enix also announced that this game was receiving a full-blown remake known as Trials of Mana, complete with voice acting, new gameplay mechanics, and it was entirely in 3D, whilst the original was a 2D Super Famicom game. However, fans were sceptical about the remake, as the company had previously tanked the remake of the cult-classic Secret of Mana due to its cheap budget and lacking presentation.

I thought the remake of Trials of Mana would be the perfect point for me to jump into the series, given that I’d often heard that the original version was the best in the series. The question is, does Trials of Mana serve as a good game and entrance to the series? The short answer is no, given that the game almost drove me to quitting out of frustration twice before I eventually succeeded.

I can only hope that if Square Enix wants to bring the Mana series further into the mainstream, they can do a better job than they have here

Trials of Mana offers an interesting premise from the start, as it gives the player a choice of six characters to choose from, each having their own story and specialities in terms of combat. Duran, for example, is a typical warrior who uses swords and shields, whilst Hawkeye is a thief.

You pick a main character to begin the game as and two support characters who join you shortly into your quest. The game allows you to experience the beginnings of your support characters’ stories, which, while being a nice way to get their backstories, slows down the pace considerably.

As far as the overall story goes, frankly, there’s nothing too special here. There are eight Mana Stones in the world, each representing one of eight elements in the game, each sealing away a Benevodon, formidable elemental creatures that once threatened to destroy the world.

Various evil forces are trying to use the Mana Stones to open a portal to the Sanctuary of Mana, a place where the legendary Sword of Mana lies. Whoever has the Sword has the power to shape the world as they see fit. While this is ultimately a story from the 1990s, it is sad to see that not much has been done to update the story and make it more interesting to play.

Fans were sceptical about the remake, as the company had previously tanked the remake of the cult-classic Secret of Mana

I felt the pace was all over the place when I was playing. At first you just hop between towns and locations at what feels like every five minutes, with there being no real significance to any of the places you go. Essentially the party is travelling to each of the Mana Stones across the world to seek the help of the respective creature that guards each Stone. Bearing in mind that there are eight of them to find, as well as the fact that each location is so short-lived, there is no real impact to finding a Stone and it never really felt satisfying.

While each character has their own story and motivations, there is considerable overlap within the overarching narrative. There are three main villains of the plot, and the final boss depends on which character you selected as your main character at the start. At first, I thought this was a nice touch that immediately offered up some replay value, but eventually it just became too repetitive given the way these villains are made.

In my opinion, the overall pace of the story is just all over the place. For a while nothing of much significance happens until all the Mana Stones are activated, at which point the party is able to retrieve the Sword of Mana. Some shenanigans happen that lead to the villains having possession of the Sword, and the Benevodons are released and once again threaten the world.

What doesn’t help the underwhelming story is the frankly terrible voice-acting. There are moments where some characters sound ok, but for most scenes it’s just awful. There are multiple instances where the voices given to characters just don’t sound right. This is more so an issue with the voice direction rather than the acting itself, but it ruins what are meant to be some more serious moments as characters do not sound like they care. The remake’s shoddy voice acting and lack of updates to the original story leaves it feeling flat, especially when placed next to more recent RPGs like Persona 5 Royal and Final Fantasy VII Remake.

However, it is the gameplay of Trials of Mana that ultimately made me give up out of frustration. The original was a top-down 2D action RPG where each character could attack an enemy and use special abilities and items. At its core, it plays like a primitive version of something like Xenoblade Chronicles or Final Fantasy VII Remake. However, the major problem is the clunkiness of everything. It can be confusing trying to dodge out of the way of larger enemy attacks, and because the game now uses a third-person-camera rather than a top-down angle, you can no longer see all the action at once, meaning it is harder to keep track of your allies and other enemies.

The game essentially boils down to button-mashing for me, as I did not want to waste my special Class Strike attacks on normal enemies given how hard it is to fill up the required gauges. Each normal fight felt pointless in that it was just devoted to hitting the Y button until the enemies died, not to mention that experience and money gained is quite pitiful unless you use rare items that can temporarily increase this.

Boss fights proved to be even worse, as some were not a challenge at all and just devolved into the usual button-mashing, whilst others were so frustrating that on two separate occasions I wanted to stop playing entirely. On top of this, the other characters’ AI can be painfully bad at points, which is particularly noticeable in certain boss fights.

In most RPGs, using an item just involves opening a menu and choosing whatever you need to use, and there is usually no limit as to how much you can carry. In Trials of Mana, this is not the case. You need to assign each item you want to use in battle to an Item Wheel, which is awkwardly brought up by pressing down on the D-Pad in battle. There is the baffling decision to only allow each item to be used a maximum of 9 times per battle, meaning that you can only revive your allies a total of 9 times per battle.

The hardest bosses take what feels like an eternity to kill, meaning that this is just dragged on for even longer. It was during these boss fights that I wanted to give up, eventually doing so when I found out that each Benevodon fight played out this way. The only benefit to boss fights is that they offer significantly more EXP than regular fights, yet this creates such a disparity as it makes normal fights feel pointless since they offer practically no reward, meaning that I essentially ignored each encounter and just ran straight for the boss of each area.

Sadly, these are not the only problems with Trials’ gameplay. Overworld exploration isn’t very interesting given how frequent enemy encounters are. While you can run away from them, doing so is still annoying, especially given that the next encounter can be placed so quickly after the previous one.

Towns don’t offer any significance, having only the basic shops and an inn. There’s nothing to particularly distinguish each town and they all feel forgettable as a result. I previously mentioned that money was hard to come by in Trials of Mana, and this ties into the issues with weapons and armour. Each new town will likely have some new weapons and armour for each of your characters, but the problems are that everything is quite expensive, and they also do not offer much of an improvement. I would spend practically all of my money to keep my characters up to scratch with their equipment, only to feel no meaningful increase in battles: it didn’t feel like my characters were doing more damage or surviving longer than normal.

As far as presentation goes, while the voice acting is awful, the graphics and music are actually decent. The character designs all look good, and while the graphics aren’t anything mind-blowing, it’s clear that Square Enix put in some effort as the graphics are vibrant and are easily a step-up.

Ultimately Trials of Mana proved to be quite the disappointment for me, as an underwhelming story and frustrating gameplay made me give up on the game, and it sadly didn’t leave me wanting to give the other games in the series a shot.  I feel your time and money is better spent elsewhere, and I can only hope that if Square Enix wants to bring the Mana series further into the mainstream, they can do a better job than they have here.