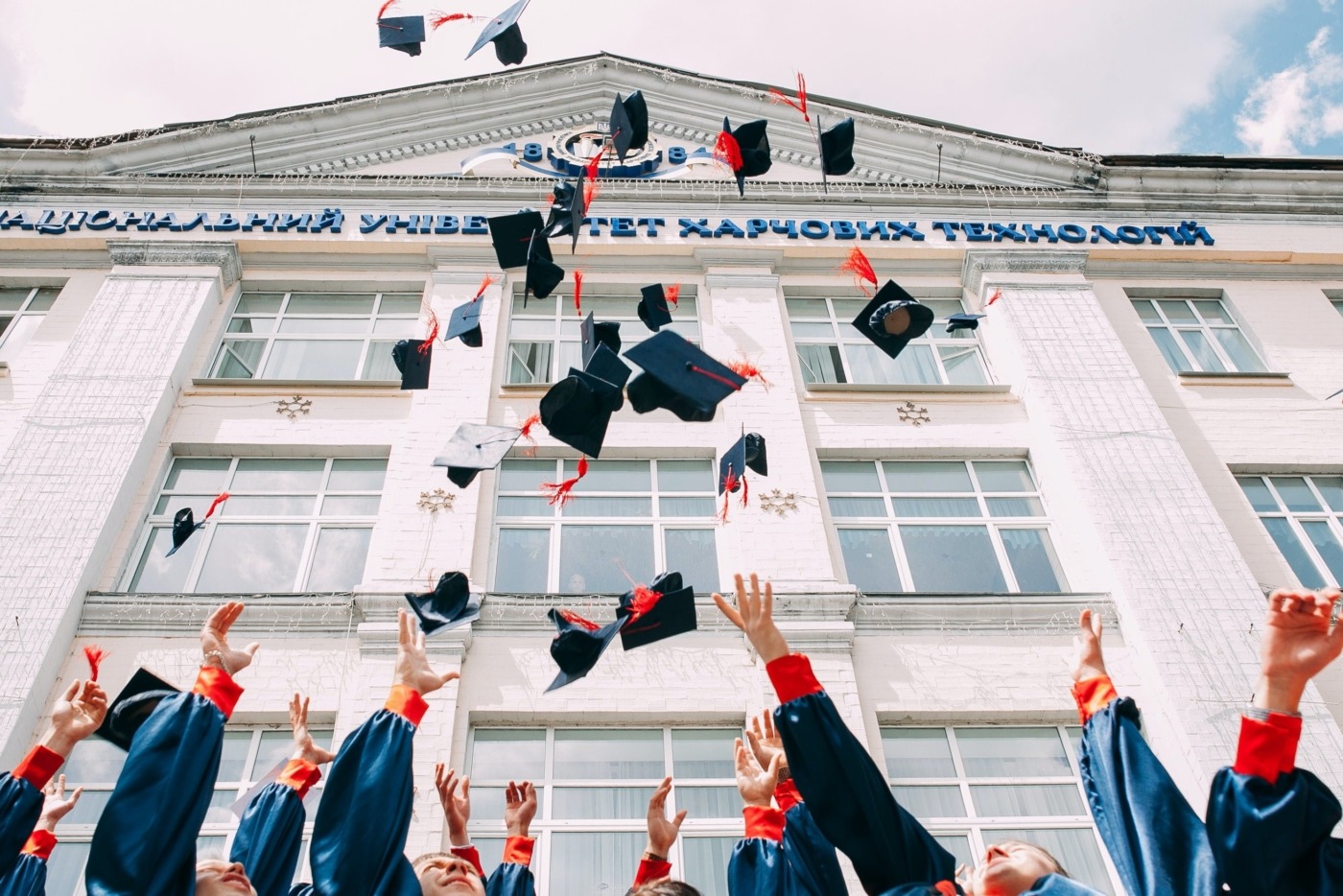 “We don’t believe students will be entitled to reimbursement if the quality is there” says universities minister Michelle Donelan. After months of inaction from the government, Donelan’s evasive statement reflects that students are being viewed as nothing more than a source of income.

As a result of two waves of strikes and the coronavirus pandemic, most university students have not received a single full term of education this academic year. At Warwick, students have had approximately 15 weeks of uninterrupted teaching – that’s exactly half the number of what was expected when students enrolled into the university.

As a result of two waves of strikes and the coronavirus pandemic, most university students have not received a single full term of education this academic year

The NUS has highlighted the injustice of charging students for such a heavily disrupted academic year, and launched a student safety net campaign, urging the government to provide: a £60 million national hardship fund for students, training grants for those leaving education in the current economic climate and the option for students to retake or to be reimbursed for this year. However, students are yet to see the government take action to meet any of these demands.

Many students are having to pay thousands of pounds for absolutely nothing, as courses at some universities, including Warwick, have not provided any online lectures or seminars throughout the pandemic. Online education is not just inadequate; in many cases it is non-existent.

Courses at some universities, including Warwick, have not provided any online lectures or seminars throughout the pandemic

Yet even if the quality of education could be matched online, university is about more than just lectures and seminars. Following demands for refunds over the UCU strikes, universities attempted to justify this by stating that a considerable amount of  tuition fees go into the upkeep of the facilities, not directly towards teaching.

Now, students have been told not to return to campuses, only essential facilities are open and there are minimal staff members on site. Yet students are still being expected to pay full fees, regardless of the extent to which their education (and now their entire university experience) is being compromised.

Students are being expected to pay full fees

Most students chose to go to a campus university for the whole experience: education, social life, societies, facilities, independence. Whilst staff members were within their rights to strike, no one could have anticipated the coronavirus pandemic and universities have had no choice but to suspend face-to-face teaching, many argue that there is no justification for making students pay for such a disrupted year of education. The delivering of information online is in no way equivalent in value to the much greater in-person experience at university.

The government is aware that online teaching is far less valuable than in-person education. As stated on the Open University website: “At today’s prices, the total cost [for online university] would be £18,576. That’s about two thirds the cost of an equivalent qualification offered at a campus-based university.” If online education was really equally as valuable as face-to-face teaching, both forms of higher education would cost the same amount of money.

Donelan’s argument that the quality of university education can be matched online has been met with criticism. The courses at the Open University are explicitly set up to be online and its students elected to take an online course. Yet, currently all other university students are being charged a third more than those at the Open University, for a lower standard of online teaching. These institutions were not set up for online education, many students have received no teaching online at all, and for those who have, it has been hastily put together in the wake of the pandemic.

Not only is it impossible to regulate or measure whether quality is maintained by universities, it is also impossible to make online courses accessible to all students. Even if universities did provide high-quality education online, thousands of students would be unable to access it due to a plethora of factors, from unstable Wi-Fi, to impossible working conditions at home.

It is impossible to make online courses accessible to all students

If Donelan truly believed that the “quality is there” for students, she would have created a straightforward complaints process, to investigate cases in which quality has been compromised. This has not been done. Instead, a student must first go to their university to make a complaint, then escalate it to the Office of the Independent Adjudicator (OIA) if they are not satisfied with the result.

With no guarantee of any refund, the lengthy process deters many students from making a formal complaint. Indeed, Donelan admitted that the OIA has only received “a small number of complaints” regarding tuition fee refunds, despite the overwhelming frustration that has been widely expressed by university students.

The universities minister knows that the quality provided at the moment is simply inadequate for the majority of students. Her suggestion that reimbursement should be considered on a “case-by-case basis”, ensures that only those who put a considerable amount of time into pursuing a complaint have any chance of getting even partially refunded for the significant disruption to their education this year.

Yet no student signed up for online teaching. Whilst the standard of online provisions has varied between universities, the fact remains that all 2.4 million UK university students have not received what they expected when they decided to invest such a substantial sum of money in their higher education.

With the strikes, students felt that they had been consistently let down by their universities and not supported by the government. Now, during the coronavirus pandemic, we are seeing the same absence of support. The refusal of both  universities and the government to reimburse students for the significant losses to their education suggests that we are solely valued as a source of income.

Of course, everybody has suffered significantly as a consequence of the coronavirus pandemic, and universities are no exception. Indeed, they are projected to lose as much as £800 million this year. However, Donelan’s ‘solution’ of charging students full fees for an undeniably inadequate education is shameful to students.

Rishi Sunak’s £350 billion bailout package does not include any provisions for university students, there is not one mention of universities in the government’s action plan, and press briefings led by education secretary Gavin Williamson have focussed exclusively on primary and secondary schools, without a single mention of higher education.

Donelan reinforced the government’s refusal to accept responsibility for students in an interview with the petitions committee. She stated that “students have continued to be able to learn” and that “universities have risen to [the] challenge” of providing equally valuable education online.

Yet the majority of students have not felt that they have received acceptable value for money this academic year, with many having had no seminars or lectures since the start of lockdown. Indeed, a survey conducted by the petitions committee revealed that 79% of students were either ‘dissatisfied’ or ‘very dissatisfied’ with the standard of education that they have received during the coronavirus pandemic.

The majority of students have not felt that they have receieved an acceptable value for money this academic year, with many having had no seminars or lectures since the start of lockdown

Donelan claimed that her “heart does go out to every student that has been affected”, after having stated that students will not receive any reimbursement from the government.

Instead of accepting its responsibility to help university students, as it has quite rightly helped many other sectors of society during this crisis, the government is attempting to deflect students’ anger onto their universities. Donelan says that “it’s universities’ jobs to get around the barriers we have at the moment”, therefore placing an onus on the individual institution to provide adequate teaching, throughout the pandemic. She has cemented the government’s refusal to take supportive action for students, by stating that: “a refund is really a matter for the university”.

Meanwhile, universities say they simply cannot suddenly transform all of their degrees into online courses. They are facing significant financial difficulties, as a consequence of the anticipated impact of Covid-19 on student intake for 2020/21, and therefore could not afford to reimburse all of their students for the significant disruption to this academic year. Nobody is taking responsibility and students are, yet again, being expected to just accept their losses.

Behind the United States, the university fees in the U.K. are the second most expensive domestic fees globally. Many of us will spend the majority of our working lives paying off the debt we have accumulated; indeed it is estimated that students will graduate higher education with more than £50,000 of debt.

Yet, many other nations, whose university fees are a fraction of those charged in the U.K., have already recognised their responsibility to support students. Canadian Prime Minister Justin Trudeau has rolled out a $9 billion Emergency Student Benefit. This provides $1,250 per month for students and for recent graduates who cannot find employment. For domestic students, university in Canada costs $6,463 a year, just over a third of the cost of U.K. fees.

Meanwhile, New Zealand’s Prime Minister, Jacinda Ardern, has temporarily doubled student loans, created a $130 million support package for students and promised tuition fee refunds where courses have been stopped due to Covid-19. Trudeau and Ardern are proving that it is both possible and necessary to support students through this crisis.

University students are already facing serious concerns about entering the job market at a time of huge economic uncertainty. Students will undoubtedly be dealing with the after-effects of this pandemic for years to come, paying off Rishi Sunak’s £350 billion bailout package in taxes.

Rather than try to divert student dissatisfaction towards lecturers striking for basic improvements to their treatment, universities need to take responsibility for the disruption caused by the UCU strikes and reimburse students for the many weeks of education lost.

Equally, rather than pretend that the online teaching we are receiving is in any way adequate, the government must accept its responsibility to reimburse students and support universities, throughout this pandemic.