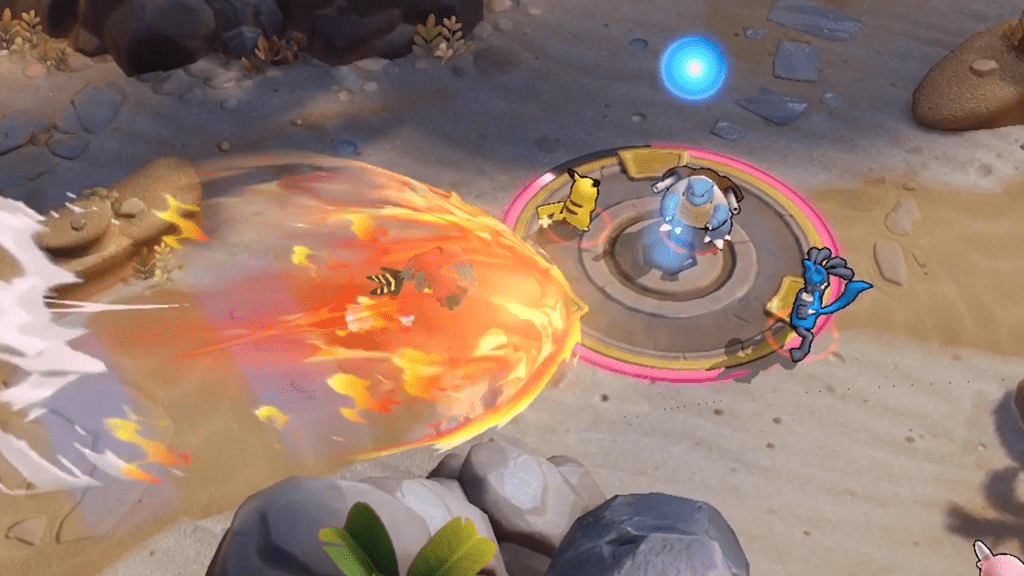 A free-to-start experience, the game sees players face off against each other in five-on-five team battles. During the battles, players work with their teammates to catch wild Pokémon, level up and evolve their own Pokémon. The objective is to defeat your opponent’s Pokémon and to earn more points than the opposing team within the allotted time.

In many ways, it is essentially a Pokémon version of League of Legends. Unite is being developed by Tencent’s TiMi Studios, the same studio behind massive free-to-play online games like Honor of Kings and Call of Duty: Mobile.

A release date hasn’t yet been revealed, although it was promised that more information would come in the near future.

Fan reaction to the game has been largely negative–the reveal had attracted 12,000 dislikes at the end of its stream. At the time of writing, the video reveal of Unite has 50,000 likes and 90,000 dislikes.

After the reveal of Pokémon Café Mix and New Pokémon Snap for the Switch last week and the promise of a big reveal today, many fans anticipated that the company would announce either a Let’s Go remake of the Johto games Gold and Silver or the long-awaited remake of the Sinnoh games, Diamond and Pearl.

As Chaoshand wrote: “I came into this expecting a remake or something, considering we had JUST gotten a Presents about Pokémon Snap. This was… a disappointment, for sure. And very tone-deaf considering they KNOW what the fans were looking forward to after a huge announcement.” If you scroll through the comment section of the YouTube video or use any relevant hashtag on Twitter, this is the general sentiment expressed by fans.

Some fans thought The Pokémon Company had played the reveal wrong. Right Place Gaming said, “This probably wouldn’t have gotten nowhere near the amount of hate it does if they had just combined it with last week’s announcement instead of hyping it up as its own announcement.”

Meanwhile, Damaris Jose suggested: “They should have made New Pokémon Snap the big announcement. That would have been more hype.”

Criticism has also been made of the fact that the game is being made in conjunction with Tencent Games. It has long been understood that the company facilitates Chinese government censorship and surveillance, and there is concern over how safe the data used in Unite will be.

One YouTube comment read: “You know this wouldn’t be the worst thing in the world but they just HAD to work with the shadiest company possible that wasn’t EA.”

All the goodwill built up by last week’s Presents has essentially evaporated with a single reveal. Unite may prove an enjoyable game, but the way The Pokémon Company has manipulated its fans once again leaves a sour taste.

Pokemon Direct: Crowning Achievement or in Need of a Rescue?