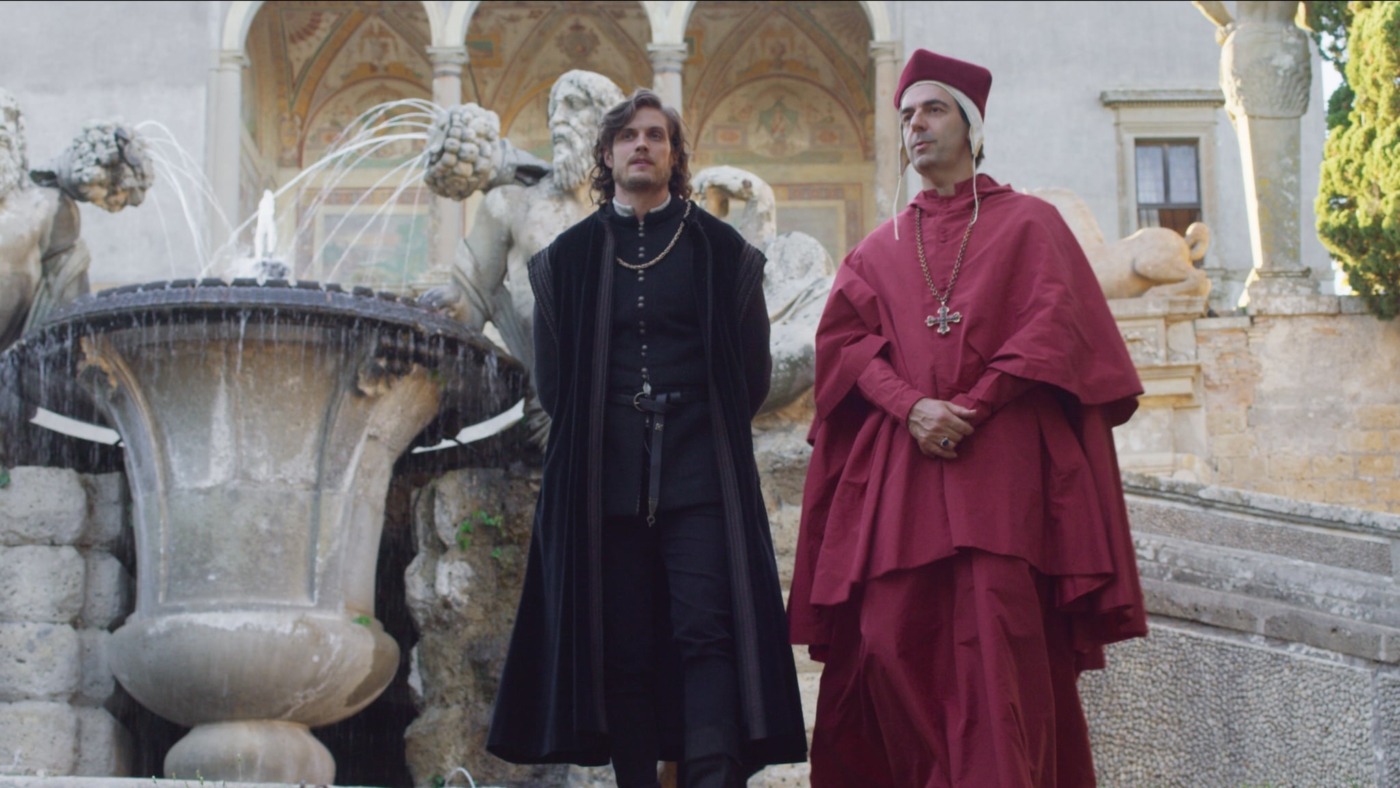 After three drama filled seasons, the small screen retelling of the lives of the heads of the famous Medici family came to a close as the final episode aired on Netflix. Season three had much hype to live up to, after the politics filled first season (starring Richard Madden as Cosimo de Medici), and the increasingly romance and drama heavy second season (starring Daniel Sharman and Bradley James as Lorenzo and Giuliano de Medici respectively). The show – produced by the Italian Rai and British Big Light Productions – has received high ratings for its previous seasons, a sort of Game of Thrones meets history, and the third is no exception in quality. Medici is neither a complete historical fiction or a documentary on the lives of those past, but a carefully-woven story mixing historical accuracy with a certain artistic licence. [Warning: there’ll be spoilers for all the seasons of Medici].

Following the brutal murder inside the Florence Cathedral of Giuliano de Medici in the last episode of season two, season three follows Lorenzo de Medici in the years following the death of his brother up to his own death. It’s a story of love and grief, of politics and war: there’s a bit of every genre in this gripping final chapter.

Medici is neither a complete historical fiction or a documentary on the lives of those past, but a carefully-woven story mixing historical accuracy with a certain artistic licence

The season kicks off straight after the events at the end of season two, following the immediate rage and grief of Lorenzo and his family at what the Pazzi did to Giuliano. Throughout the season – by grace of multiple time jumps – we see Lorenzo become a father whilst dealing with animosity from other Italian city states, causing him to eventually take too much power into his own hands in Florence. The plot is more similar to season one’s, following the politics of the era, capturing Florence’s move from a representative Republic, to a rule of the few with Lorenzo as the leader. Many of the significant events of the period are mentioned, but the storytelling is primarily centred on Lorenzo, who we come to have a love-hate relationship with; we want to root for him, but the morally questionable decisions he makes in the hope of avenging his brother make this hard at times.

The theme of the Renaissance isn’t forgotten amongst all the politics: the fan-loved Botticelli continues to make regular appearances, and both Michelangelo and Leonardo da Vinci are introduced. The scenes showing the production of various recognisable famous paintings and sculptures give an occasional welcome break from the overall intensity of the episodes, all acted on the backdrop of the stunning Italian countryside and the Renaissance cities. The last episode is the climax of everything, a tear-jerking finale where we witness Lorenzo’s final moments, surrounded by his family as he finally repents. After years of almost forgetting who he truly was due to being consumed by hate, it seems he’s once again free of the burden, as he smiles at his children and thinks of finally being able to see his brother again. Here the tears flow freely.

The acting is convincing, with Daniel Sharman truly shining as Lorenzo de Medici in this season. Where in season two his character was more in line with previous roles of his – a young man, coming of age – season three spans the next fifteen years of Lorenzo’s life, meaning Sharman has to portray a character who is a husband and a father, and later on a dying man with a continued duty to his city. This is all done believably, and nothing is more convincing than the persistent need he shows to avenge his younger brother’s murder. The rest of the cast more than hold their own. Standing out in particular amongst these are Sarah Parish (Lucrezia de Medici), bringing a highly layered performance, and twenty-two-year-old Jacob Dudman, whose character, Giulio, you immediately sympathise with and love.

Certainly, not all is perfect. Sometimes the plot moved too slowly; the scenes err on the longer side, which is good if you’re enjoying a particular sub-plot, but can seem to drag if you’re not. The fact that almost the whole cast have British accents can at times detract from the believability of everything, especially when a few actors with Italian accents are thrown into the mix. They may have been better off picking one or the other, as whenever someone with an Italian accent spoke, it was impossible not to think, ‘oh, look, that one has an Italian accent,’ pulling you out of the narrative even if only temporarily.

Medici is a magnificent (no pun intended) retelling of one of the most wondrous periods of ‘recent’ Italian history. Season three doesn’t disappoint. The characters are as enthralling as in previous seasons, and it’s impossible to not fall in love with at least one. Available on Netflix now, there’s no Renaissance show I’d recommend more!