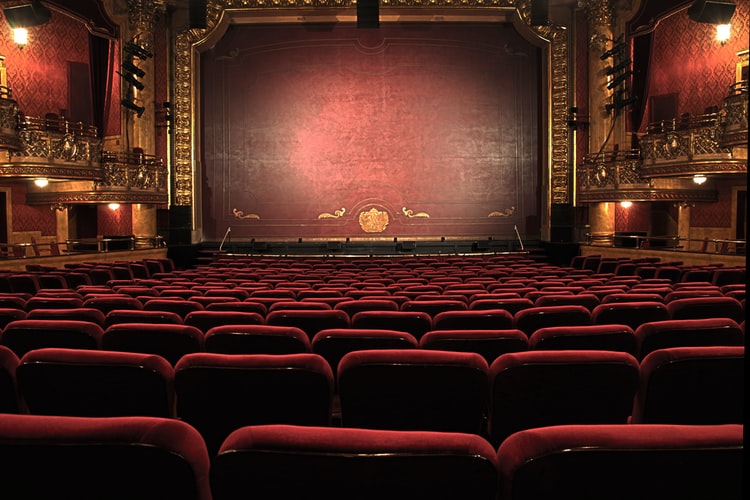 ‘One Man, Two Guvnors’ is the perfect antidote to lockdown stress

The repeated light in the otherwise awful tunnel of the coronavirus pandemic has been culture. From watching TV shows and films, to reading books, to listening to music, I’ve spent time trying to take my mind off the pandemic by enjoying culture. In the busy lives we all lead, finding time to celebrate the latest groundbreaking cultural experience has often been tricky. Now that time is here. One of my favourite ways of doing this has been enjoying National Theatre productions, the best of which has to be One Man, Two Guvnors.

I must confess that The National Theatre at Home production was not the first time I had seen the play. Last autumn, Warwick Arts Centre broadcast a screening which, as a steward, I was lucky enough to see. Watching the performance again brought back all the humour and laughs I had experienced the first time, except, on this occasion, it was with my family.

One Man, Two Guvnors is the perfect play for lockdown times. Written by Richard Bean, it is based off the 1743 Italian comedy play The Servant of Two Masters by Carlo Goldoni. Set in 1960s Brighton, it follows the experiences of Francis Henshall (James Corden), an unemployed man who becomes the servant of both Rachel Crabbe (Jemima Rooper) and Stanley Snubbers (Oliver Chris). The main plot follows Henshall trying to stop both of his governors from realising he is employed by another governor. Humour, therefore, is inevitable. While serious plays can be moving and profound, something light-hearted has never been more necessary.

I wonder how different the experience would have been within the theatre itself.

Beautiful sets can often be deeply majestic but deeply overpowering. This play thankfully manages to grasp a sense of place without overwhelming the entire audience. I wonder how different the experience would have been within the theatre itself. A few key sets provided a sense of belonging and awareness of the different locations within the production. From the house in which Pauline Clench (Claire Lams) is supposed to be marrying Rachel’s brother to the restaurant run by Gareth (David Benson) and his eccentric waiter Alfie (Tom Edden), I felt a real contextual understanding as to where the action was taking place.

The set changes were also beautifully accompanied by music. I think it’s easy to forget how vital music is for appreciating a play. The emotions it provides can often be the perfect reflection of the inner feelings of the audience. Thankfully, the songs throughout this production were jovial and upbeat, keeping a positive atmosphere throughout even when some tension existed. It really gave the sense of being in 1960s Brighton, and kept the audience feeling involved with the cast and their struggles.

Her desire for freedom, expectations of others and wicked sense of wit and humour are the cherry on the cake for a star studded performance.

A play is sometimes limited in its humour and its performances can be weak. I’m pleased to say that wasn’t the case whatsoever in One Man, Two Guvnors. Every character was superbly performed and created a sense of acting wonder. Fred Ridgeway as Charlie ‘The Duck’ Clench, Pauline’s father, was superb in revealing his love for his daughter and desire that she could marry as planned. Similarly, the man who desired Pauline’s affections was Alan Dangle (Daniel Rigby), whose amateur actor character was performed masterfully. But the standout performance must go to Suzie Toase, who plays Dolly, Charlie Clench’s housekeeper. Her desire for freedom, expectations of others and wicked sense of wit and humour are the cherry on the cake for a star studded performance.

It is a true recipe for both disaster and comic genius.

The production is defined by flamboyance and exaggeration. On one occasion our protagonist Francis has to serve a three course meal to both of his governors at the same time – always without them knowing of the other’s existence, of course. Given that waiter Alfie is a deaf, blind 80 year old on his first day at work, it is a true recipe for both disaster and comic genius. Similarly, both governors order Francis to the post office to collect letters, which inevitably leads to confusion. The time for delight and majestic wonder is there, allowing the audience to celebrate the humour and jollities. Audience involvement is also paramount to the plays’ success, with unsuspecting audience members becoming involved – with terrible consequences.

In the end, the play contains little tension or anticipation. There is a sense from the start that things will resolve themselves eventually. The characters will all get together and allow a sense of wonder and community. That is fine. Whether in or out of isolation, certain cultural pieces will always be perfect without needing to contain unnecessary drama. One Man, Two Guvnors is first and foremost a rollicking, entertaining comic genius of a play. In these lockdown times, what more could you ask for? 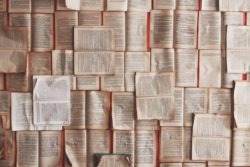 How can Warwick students still enjoy the arts in isolation? 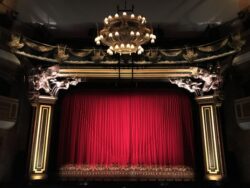 Arts industry “at the point of no return”, warns Andrew Lloyd-Webber