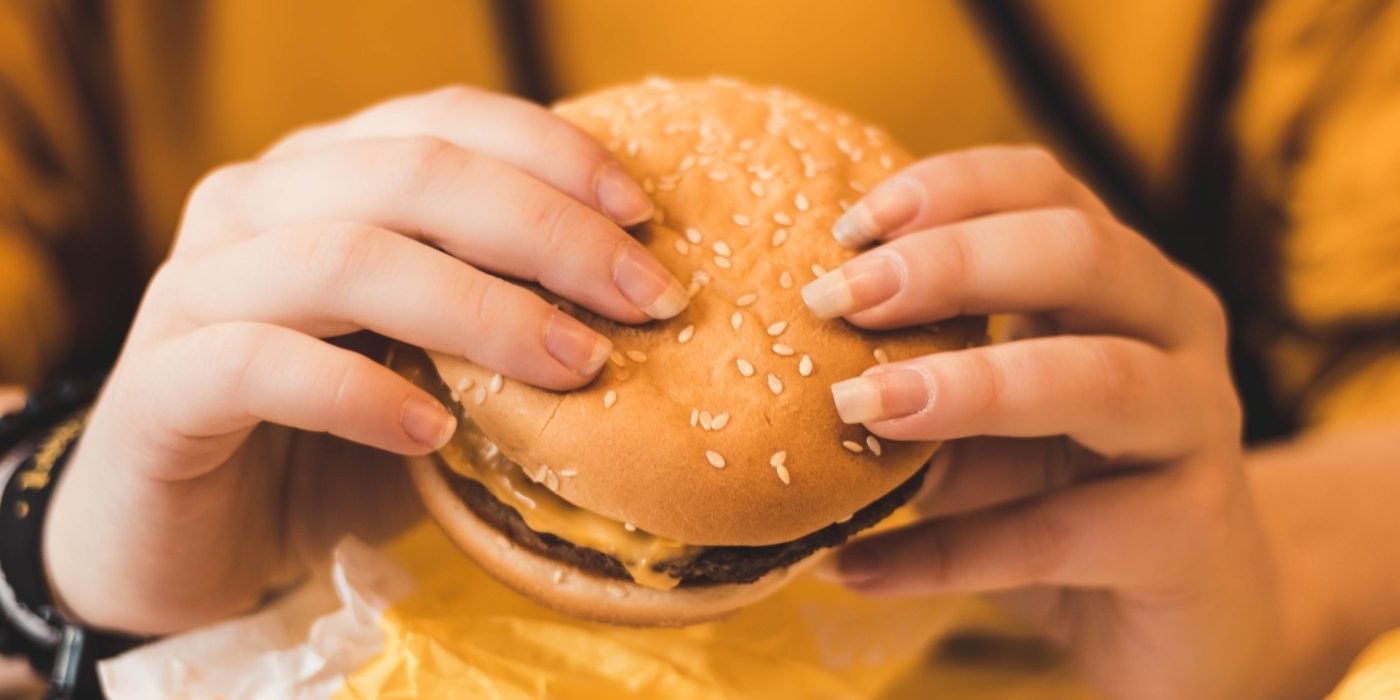 Fast food chains have spread rapidly across the globe over the last few decades with over 37,000 McDonald’s restaurants around the world and many of its competitors racking up similar numbers. While this means it is easier for travellers to find familiar food to snack on, does it distract us from trying local foods and take away from local businesses? Two Boar Travel writers argue the pros and cons of eating at chains abroad.

Yes, we should – by Hayley Ho.

Lots of people would say that eating at chains abroad is a bad idea with chains often being presented as a boring choice. It is often believed that you should try local restaurants for more authentic and exciting food. Some might even argue that it is a waste of money to fly to another country, only to eat the same food that you can find at home.

While I feel we should not solely eat at chains, it isn’t as bad as it is made out to be, for two reasons.

The first reason is that it is understandable that you want to eat something familiar after being abroad for a while. Therefore, you might turn to food chains. This is especially understandable if the local food is not quite to your taste. And even if you do like the local food, you might still miss home food. I think it is perfectly reasonable to eat at chains sometimes, to get something you are guaranteed to enjoy, or for a taste of home.

However, the main reason why chains don’t have to be a no-no is this: whilst chains are often cited as an example of the standardisation that takes place as a result of globalisation, chains are not as standardised as you think. Although a lot of them will sell the same foods in every country, some chains will also sell food that is specific to the taste of locals, with flavours that would be difficult to find anywhere else.

McDonald’s is a good example of a chain that alters its menu across the world, with lots of items on their menu unique to certain countries. For example, in Hong Kong, whilst apple pie is available, I have also tried a taro flavoured version. They also have very interesting ice-cream flavours, such as green tea, red bean sundae, and sesame flavoured ice-cream. These reflect flavours which are popular in local desserts.

Savoury items also have innovative variations, such as replacing the burger bun for rice patties in Singapore’s McDonald’s (although I am sure they sell the original too). In the USA, McDonald’s in New Hampshire sells lobster rolls as a summer speciality, and in Hawaii, you can get saimin, (a Hawaiian-style ramen), which illustrates the diversity between different branches. There are also some country-specific condiments. For example, McDonald’s in Malaysia have salted egg sauce, which might sound strange but is common in both savoury dishes and desserts in some Asian countries.

All these variations demonstrate how eating at chains does not equal to being unadventurous. In fact, it is quite the opposite, as a lot of these items are limited to that country, so you would be missing out by not going to food chains. Eating at chains allows you to experience how people around the world enjoy the same foods that you do but with a twist. It demonstrates the beautiful creativity that people employ in food making and the exciting mixing of cultures, which is seen across the world today.

It is not just about the foodie experience but the cultural insight that eating at chains brings. You can compare the food prices and décor, to see whether chain restaurants have the same status abroad as they do in your home country. It is also interesting to see who is consuming the food and when. Returning to my example of McDonald’s, I have noticed a lot of elderly people enjoying McDonald’s in Hong Kong, this seems less common in the UK. While in Japan, KFC is particularly popular at Christmas time.

Although I have drawn most of my examples from McDonald’s, they are not the only food chains which alter their menu across the world, with specialities suited to local culture. Lots of other food chains do this too: for example, in South Korea, Pizza Hut offers coconut shrimp pizza.

Next time you go on holiday, do not be ashamed to eat at chains, but do try some of these specialities!

No, we shouldn’t – by George Maxwell.

Burgers in Ho Chi Minh? Café Nero in Mexico City? KFC in Ulaanbaatar? I admit it. I’m guilty of indulging in the last of these. In fact, I first tried KFC in Ulaanbaatar, Mongolia’s capital city (it wasn’t worth it). That aside I strongly believe it is a great shame to eat at chain restaurants whilst travelling. Morally, too, it is questionable. I am not arguing that there’s never a reason to eat at an international chain abroad but that, usually, if we eat there we do ourselves and our host country a disservice.

Why do we travel? Primarily, I think it is to develop ourselves. By finding out how other communities live, we discover the narrowness of our own customs. We widen our horizons and learn the excitement of embracing difference. By living alongside those who have different attitudes, our assumptions are challenged. By sharing the food and experiencing the flavours that characterise a particular cuisine, one learns about the daily sustenance of local people and their traditions. This gives one an insight into how others live in an authentic and raw way.

As Peggy Gou explained in her recent Oxford Union address, speaking a language opens your mind up to different perspectives, that by only speaking the language can you truly understand a community. I propose that only by eating the food can you experience a culture. Food, like language, reveals local priorities, characteristics and perspectives. Food is one of the few means by which we can actively participate in the reality of life overseas.

In Mongolia, for example, which was for many years part of the Soviet Union, food is largely Russian in origin. It is largely meat-based, extremely fatty and simple. This is necessary to provide adequate energy to the (majority nomadic) population during the fearsome winters, using the few ingredients available in a climate which reaches minus fifty. Fermented mare’s milk (an alcoholic beverage of choice in Mongolia) is bizarre- so are the milk curds eaten as a snack, prepared by leaving the milk of camels, horses, cows or yaks out to curdle and dry in the sun. Yet each of these provided me with a means to connect with my co-workers and locals I met in a way not possible from the comfort of my apartment. I feel strongly that the pronounced differences in the accepted ‘primary’ tastes in Mongolia (rich, bitter and sour) highlighted the lessons I could learn from my time spent there.

The priorities of a culture are revealed and reflected through their table manners and traditions. By eating with locals, where possible, not only do you gain the opportunity to share in the joy of sharing food, but you are able to enjoy authentic social interactions which are difficult to share without participation. You gain far more by sharing food than by merely observing other people dining at a different table.

In India for example, dishes are made for sharing. This aspect of Indian cuisine provides an insight into the communitarianism of the East in contrast to the individualism of the West. My experience in France, too, has exposed a pride many people take in what they eat, in contrast to back home. This divergence in perspective, granted by interaction with food, has provided me with a basis to question British culture.

With this in mind, why would one eat at a familiarly branded international? I accept that visiting familiar chain restaurants can provide comfort to travellers who are seeking respite in times of distress. Not only are you meeting new people every day but people dress, speak, and interact differently. In addition to this, the reality (and frequency) of being unwell abroad can be awful. I can attest that familiarity whilst recovering from food poisoning is a welcome comfort. Foreign fast food chains allow you to eat something safe while you both physically and mentally recover. In times of anguish, I think turning to the homespun is understandable. This may be particularly important when travelling with children.

And yet, aside from the sparse exceptions where this is permissible, patronising chain restaurants prevents you from interacting with the culture you have taken the decision to visit.

We should consider the moral dimension of visiting your favourite chain restaurant in South America, West Africa or East Asia too. Of course, these restaurants enable locals to sample ‘international’ (Anglo-American) culture. However, in supporting multinationals, you are playing an active part in displacing cultural richness of the world. This contributes towards the homogeneity of the global marketplace and corporate fat cats benefit from your custom, not local families. By supporting these corporations, you are hurting the local economy whilst inflicting damage on the global diversity of international culture.

Food can help you get the most out of travelling. It can expose the shortfalls in your assumptions and teach you about a culture in ways that observation from afar cannot. I implore you, try not to eat at chain restaurants.

Yet with that all said, all I can say for sure is that when in Mongolia, don’t bother visiting the KFC in UB.