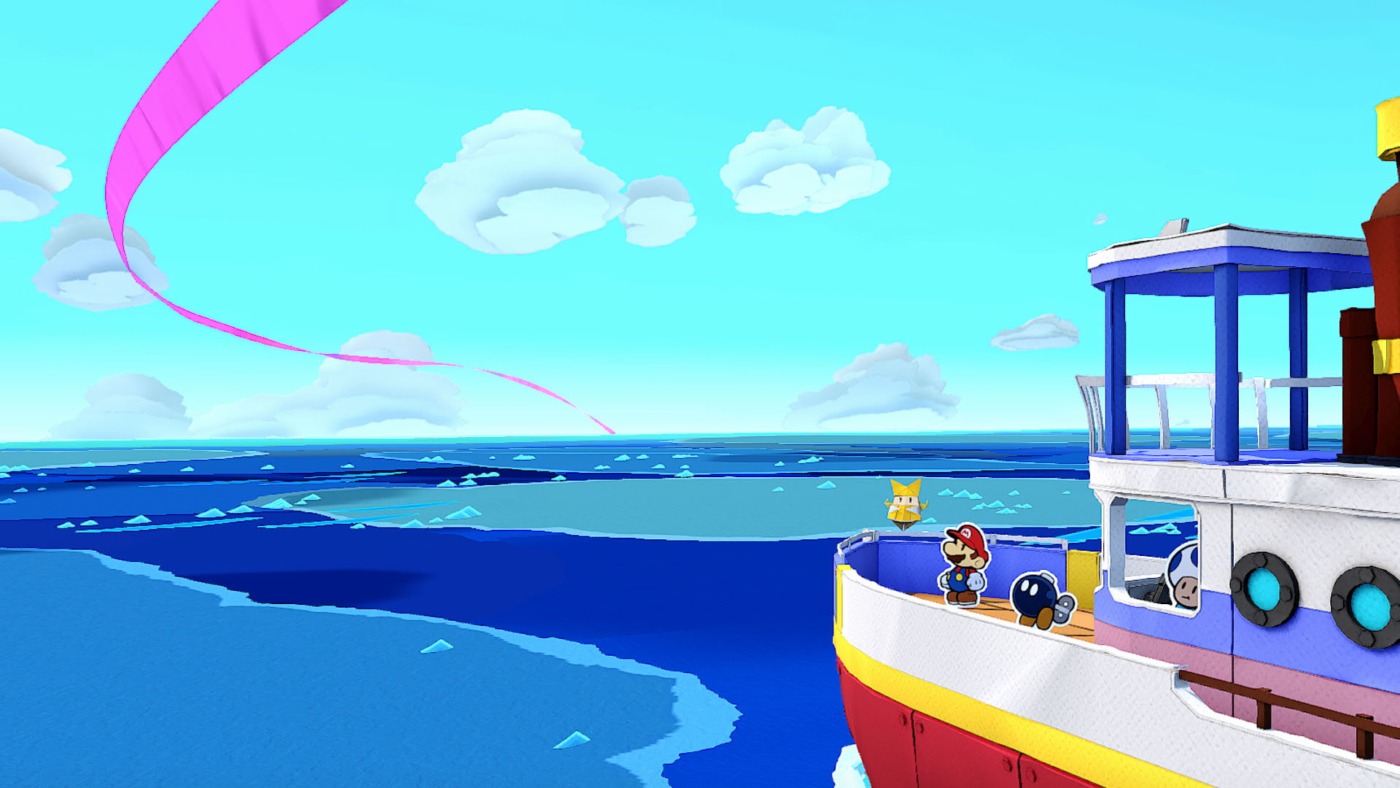 After a great deal of longing, Nintendo dropped a new Paper Mario game out of the blue. Fitting the series’ random style, fans are hoping that The Origami King will be the return to form that the series desperately needs. Given the franchise’s phenomenal reputation, what went wrong? Well, with a new game on the horizon, what better time to look back at the history of Paper Mario?

The series originated after the breakdown in relations between Nintendo and Square, the studio which developed the cult classic, Super Mario RPG: Legend of the Seven Stars. Towards the end of the N64’s lifetime, a sequel looked highly unlikely, so the company decided to introduce an RPG from an entirely new perspective. Working with Intelligent Systems lead art designer, Naohiko Aoyama, drew a sketch of 2D Mario characters against a 3D background, creating the impression of a storybook. This style eventually became the Paper Mario aesthetic that gamers came to love.

Released in 2001, Paper Mario was a hit and one of the best games on the dying system. It’s rooted in an RPG style, using a turn-based combat system in which Mario and his partners (for the first time, this included traditional enemies) worked to rescue Princess Peach. It built on the already well-executed mechanics in Super Mario RPG and offered a charming new aesthetic style that fans really enjoyed. As the N64 was on its way out, the game only sold 1.37 million units worldwide, but the game was still viewed a success.

The Thousand-Year Door is clearly a passion project, a labour of love crafted to perfection, and it stands high above the other entries in the franchise

There were still elements to improve though, including the writing and some occasionally iffy sprite work, and that’s where the next game really excelled. In 2004, The Thousand-Year Door landed on GameCube, and solidified the franchise. It did little to alter the combat mechanics, although it introduced an audience to watch during fights and a plethora of badges to customise abilities. It also worked on building character through comedy and providing a silly story, imbuing the game with a lot of charm. The Thousand-Year Door is clearly a passion project, a labour of love crafted to perfection, and it stands high above the other entries in the franchise.

That’s not to say that the next entry was a bad one. Super Paper Mario was released on Wii on 2007 and was hugely contentious with fans. It eliminated turn-based battles, infusing them with platformer elements that result in a weaker experience. The gameplay is incredibly solid, however, and each character (including Peach and Bowser) comes with an ability that adds a lot of puzzle elements – the most famous is Mario’s ability to flip the world from 2D to 3D. It also boasts the best story in the franchise, with Mario facing Count Bleck, who hopes to destroy the universe as a salve for his own personal suffering. Super Paper Mario sold 4.23 million copies worldwide, a series high.

Sadly, it was at this point that the franchise began to go downhill. Sticker Star came out on the 3DS in 2012 and, bizarrely, Shigeru Miyamoto insisted that the game ditch most of what made the series so memorable. It scrapped the RPG mechanics, replacing it with one that used stickers (which vanished after a single use). The interesting partners disappeared, and the fun story replaced with the usual ‘Bowser kidnaps Peach’ shtick. Although it stylistically still looked very beautiful, it lacked the whimsy and fun of earlier instalments. Fans’ biggest criticism was that this game doesn’t feel like a Paper Mario game, and they’re certainly not wrong.

We next saw Paper Mario in a 2015 spin-off game, combined with the Mario & Luigi series. Sticking with the 3DS, Paper Jam saw Luigi accidentally open the book containing the Paper Mario world – when the two Bowsers combine their armies and kidnap both Peach’s, the Mario brothers team up with Paper Mario to save the day. The paper plumber brought some new abilities and his incorporation added a third button to the combat system, but the game essentially stuck to the Mario & Luigi format. Critics generally liked the game, but they thought it suffered from pacing issues and a lack of genuine innovation.

As Colour Splash only shifted 186,000 copies worldwide, it was a clear failure, and the series was seemingly put on ice

In the main series, Sticker Star was followed by 2016’s Colour Splash on the Wii U, and the reception was similarly middling. It was certainly an improvement on its predecessor, looking stunning and amping up the funny dialogue, but these fixes didn’t amount to much in the grand scheme. It still lacked partners and failed to revamp or restore the battle system, the very issues that made Sticker Star so derided. It’s not a bad game, but it was hardly in the mould of earlier Paper Mario. Still, as it only shifted 186,000 copies worldwide, the game was a clear failure, and the series was seemingly put on ice.

And that leads us to The Origami King, which will be released on Switch next month. A trailer was dropped entirely out of the blue last month, and it got Nintendo fans very excited. Mario will face Folded Soldiers led by the villainous King Olly, aided by the origami Olivia and a bunch of partners, and will be able to interact with the environment via the use of origami arms. At the moment, we don’t know much more than that – the eShop description promises a journey of “laughter and emotion”, so hopefully it’ll be on the lines of the first three Paper Mario games.

The Paper Mario franchise (pre-2012) is a series of classics, and it completely deserves the praise it garners. Despite a bum run as of late, the early games are some of the finest Nintendo RPGs ever (perhaps even in the world of gaming). Hopefully, The Origami King will see Intelligent Systems back on form, ready to bring the series back into the fold.