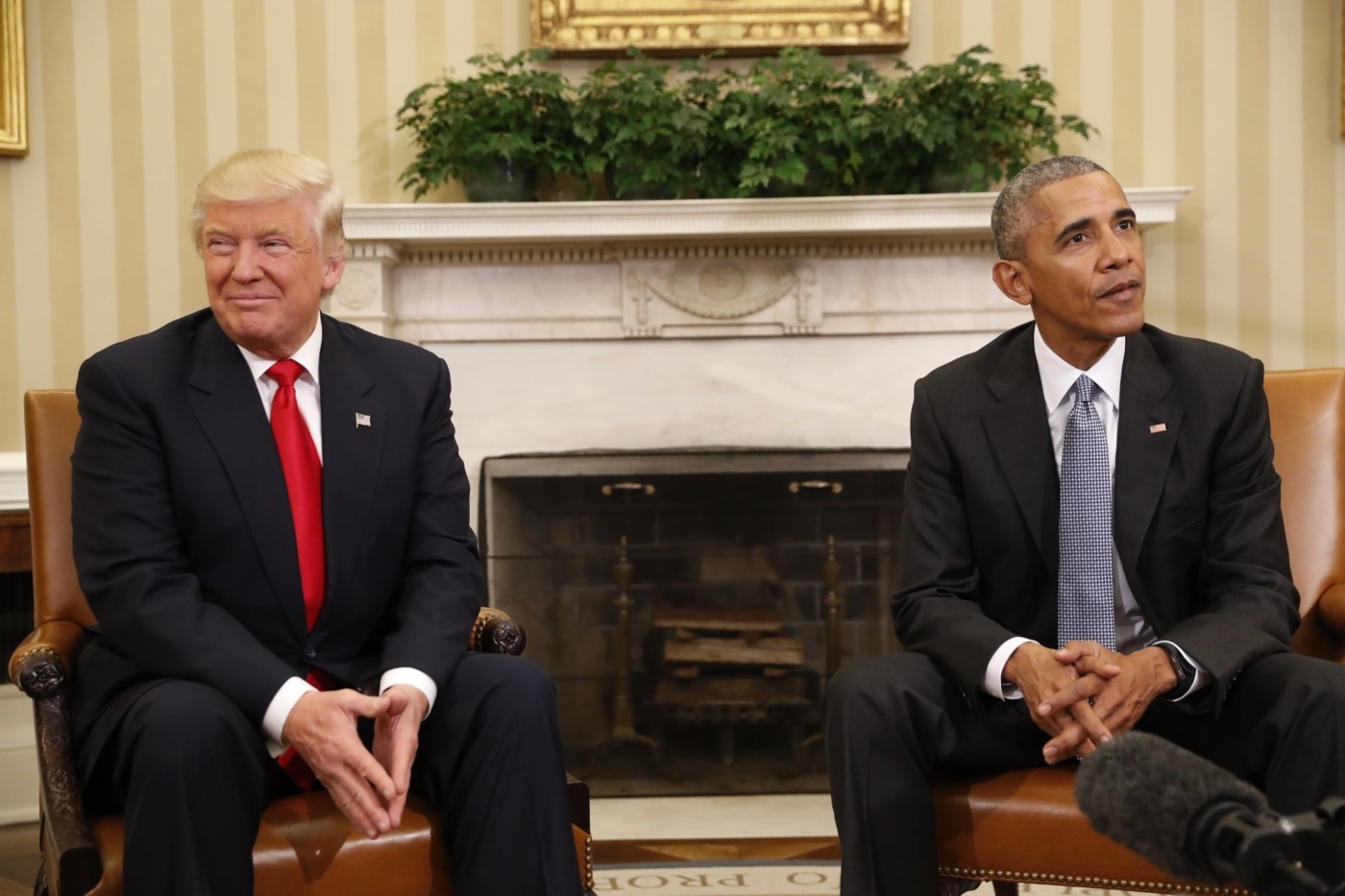 Over the past few months, the hashtag #Obamagate has been trending on Twitter. President Donald Trump keeps mentioning the phrase, while the media are telling us that there is no substance whatsoever to his accusations. But what is Obamagate, and why is it significant? Is it the major corruption scandal that the Right claims, or is the Left accurate that it’s a load of nothing?

There were suspicions that the FBI had monitored members of the Trump campaign since 2016, with Attorney General William Barr confirming in April of this year that “spying did occur”. Much of this was authorised through the use of FISA warrants, which are typically required when dealing with foreign intelligence within the USA – the suggestion was that the Trump campaign was colluding with Russia, and thus these warrants were necessary pieces of the puzzle. There were always questions about the FISA warrants surrounding the Trump campaign, particularly after the revelation that only 4% of the 75 applications submitted were unproblematic, with many relying on unverified and inaccurate information.

There were suspicions that the FBI had monitored members of the Trump campaign since 2016.

This leads us to General Michael Flynn. A former Democrat, Flynn fell out with President Obama over what he termed the latter’s “weak, spineless” approach to dealing with ISIS. Obama warned Trump to steer clear of Flynn during the presidential transition, and it initially appeared sound advice – a subject of Robert Mueller’s Russia inquiry due to his communications with Russian diplomat Sergey Kislyak, Flynn pleaded guilty to lying to the FBI and was jailed.

In January this year, however, Flynn’s story changed. He sought to withdraw his guilty plea, arguing that the FBI had broken the terms of his plea agreement, and evidence some emerged that he was the subject of a perjury trap. Under federal law, a false statement is only a crime if it is material to the action under investigation – so, if you tell an FBI agent that your hair is pink when it’s brown, it’s not a crime even if it’s a lie. It also appeared that the agents essentially blackmailed the General, threatening to indict his son unless he pleaded guilty to their charges.

May 2020, and the Justice Department (DoJ) dropped the charges against Flynn. His case was helped by the release of a number of FBI notes about his case, with one asking: “What is our goal – truth, admission, or to get [Flynn] to lie so we can prosecute him or get him fired?” Flynn was entrapped by the FBI on the basis of something that wasn’t a crime, and it appears that they were sanctioned to do so by then-FBI Director James Comey – openly admitting to sending the agents, Comey said: “[It was] something I probably wouldn’t have done or gotten away with in a more organised investigation, a more organised administration.”

Why was Flynn a point of interest at all? It all dates back to the Steele dossier, which said Russia had compromising material on Trump. The Democrat Party and the FBI paid for the document, which was criticised as fake news from the start, but it was one of the major bases for the Mueller investigation. We all know how that panned out – after two years, Mueller found no evidence of Russian collusion, and Trump said he was vindicated of the charges.

So far, you know all of this – so where does Obama come in? Information released as the DoJ dropped the Flynn charges also revealed that Obama was briefed on the Trump-Russia investigation in his final days in office. At the time, he knew the FBI had come up with nothing to support the Trump allegations, yet he told top officials who were staying on in the new administration to keep the crucial facts from Team Trump. Obama directed that the allegations be briefed to as many people as possible, and officials (including Vice-President Joe Biden, Comey, national security advisor Susan Rice, intel chiefs John Brennan and Jim Clapper, and Deputy Attorney General Sally Yates) took steps to ‘unmask’ US citizens like Flynn. If a US citizen comes up in an investigation of foreign agents, their identities are protected due to their constitutional rights. They can be unmasked on request, but the number of requests made for these specific cases is unprecedented.

With this near-total lack of information, leaks were then made to major newspapers such as the Washington Post and the New York Times, hyping up Trump and his team’s ties to Russia. The main players went on TV and openly said that the investigations were finding tons of dirt on Trump – the truth, as they swore under oath behind closed doors, was the exact opposite. Adam Schiff, Democratic head of the House Intelligence Committee, repeatedly said that he had seen direct evidence of Trump-Russia collusion, when no such evidence ever existed. Comey then gave Trump an intentionally-misleading briefing on the Steele dossier, and leaked that the dossier was the tip of the iceberg, rather than gossip that hadn’t even passed basic FBI scrutiny.

The problem is that this is near-impossible to prove, but it paints a picture of deliberate sabotage of the Trump administration. It appeared that Obama used his last weeks in office to target incoming officials and destabilise the Trump White House, and it worked – his first two years were completely taken up with refuting the Russia allegations, even as the supposed evidence looked increasingly flimsy.

The problem is that this is near-impossible to prove, but it paints a picture of deliberate sabotage of the Trump administration.

You may be asking why any of this matters now, years later. For one thing, many of these people are hoping to make a political comeback now, with Biden the most obvious. If the presumptive Democratic candidate was involved in high-level corruption, surely that’s worth a touch of journalistic curiosity. Importantly, we should note that this story implies the Obama administration used the levers of government to find damning evidence on a political rival. Sound familiar? Well, change the name Obama to Trump, and you wind up with this year’s impeachment – if it makes Trump unfit for office, why are the same questions not being asked of Biden?

So, what will actually happen now? The likely answer is surprisingly little, unless far more incriminating evidence comes to light. AG Barr has already said that he is unlikely to bring charges against Biden or Obama as, despite suggestions of abuse of power, it’s unclear if either of the two were actually involved in any crime. Although some in the media were quick to leap on his announcement as proof that the whole story was a big nothingburger, a recent public statement suggests that is far from the truth.

Discussing Obamagate, Barr said: “What happened to the president in the 2016 election, and throughout the first two years of his administration, was… a grave injustice and it was unprecedented in American history. The law enforcement and intelligence apparatus of this country were involved in advancing a false and utterly baseless Russian collusion narrative against the president. The proper investigative and prosecutorial standards of the Department of Justice were abused in my view in order to reach a particular result. We saw two different standards of justice emerge, one that applied to President Trump and his associates, and the other that applied to everybody else. We can’t allow this to ever happen again.” In truth, it’s a damning indictment.

The law enforcement and intelligence apparatus of this country were involved in advancing a false and utterly baseless Russian collusion narrative against the president.

As with everything in America at the moment, your stance likely depends on what side of the political aisle you sit on. The Democrats have immediately dismissed the story, and the media have followed suit, calling a conspiracy and a means of distraction from Trump’s other failings. Biden has received a few softball questions on the topic of unmasking, although his campaign has worked with the media and Capitol Hill to smear Catherine Herridge, the journalist who broke the story. If you’re on the Left, anything that impugns Obama (and, to a lesser extent, Biden) is ignored and ridiculed. Take a look at this sarcastic Washington Post article, which gives some idea of the tone the media hopes to convey.

For Trump supporters, however, this story has vindicated a lot of the President’s comments. It suggests he was the victim of a witch-hunt, exacerbated by a partisan FBI and government officials, in an attempt to delegitimize his presidency. The lack of coverage fuels a belief that the media is actively hostile to Trump, refusing to deal with a story that proves him right and which indicts President Obama, such that they’d rather bury a possible major scandal simply to avoid giving Trump any positive airtime. If Biden becomes the official Democratic nominee, expect to see Trump wield it as a weapon in many of the debates.

If the allegations are true, Obamagate should go down as one of the most corrupt political moves in history. With a story like this, we need our journalists to be impartial investigators more than ever – you may not like him but, if Trump was the victim of a massive conspiracy to undermine his presidency and attempt to remove him from office using baseless allegations, people do need to be held accountable.