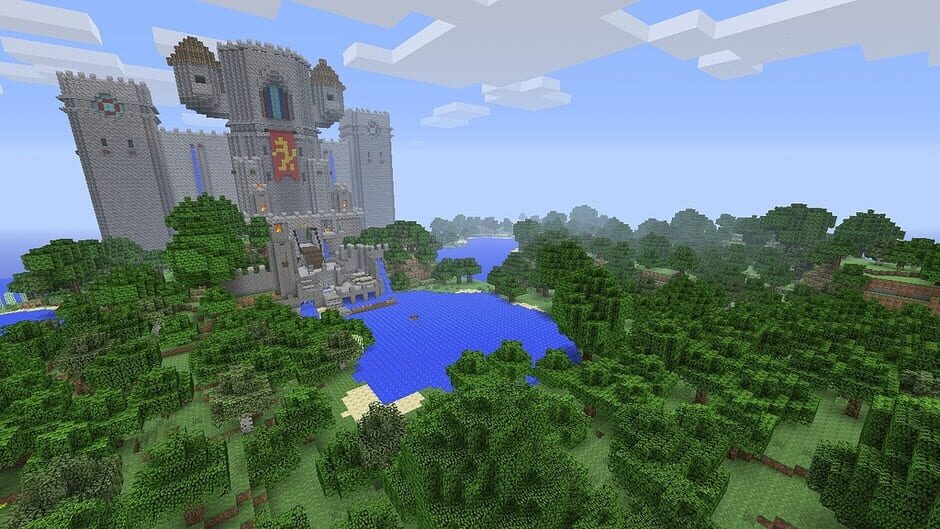 Throughout childhood, there are phases that define your experiences and reflections. It might be a particular TV programme watched every day without fail, or a weekly club that developed your social skills. While it didn’t apply to me, a certain sport could come to define your childhood, or potentially your entire life. In the modern age though, a video game or two is likely to play a significant part.

A key phase that defined my childhood, roughly between the ages of 12 and 14, was the video game Minecraft, Mojang’s internationally renowned sandbox game. It remains the bestselling video game of all time, shipping over 180 million copies across all platforms, with 112 million users still active in 2019. I can’t imagine any gamer – amateur or expert – being unaware of its existence. Whether they’re supportive or dismissive, Minecraft will always generate opinions.

Indeed, I first heard about the game through word of mouth. Some of my secondary school friends had already bought the game and were obsessed with it. Other individuals were far more critical and cynical of Minecraft. Wherever I went, the game had people’s attention. As a non-gamer, I decided to take the plunge and see what all the fuss was about. I had nothing to lose. At worst, I’d download the game and simply never play it again. At best, a love affair with a revolutionary game would commence. I’m pleased to say the latter was the case.

I found Minecraft to be so innovative. I hadn’t played a huge number of games before except on the Nintendo DS. On each of those – be it Sonic Racing or Professor Layton – there had been a set path for players to follow. The amount of freedom and personal choice was limited. Minecraft was the complete opposite. As a new character, I could do whatever I wanted.

This newfound gaming flexibility was far from being overwhelming, it was a liberating experience. There were such a range of choices. I could play in creative mode: this gave me the opportunity to build anything I liked, free from any fear of creepers or zombies trying to attack my character. With all the available Minecraft blocks in my inventory, this option was the perfect choice if I ever felt, quite literally, creative. This was so different from other games; players were trusted to use their imagination to construct something rather than have it designed for them.

My preferred Minecraft setting was always survival mode. Here, a life free from threats was never the case. I would spawn within a new world and have to fend for myself. From chopping down wood to make a crafting table, finding stone and exploring, there was always freedom and new experiences. This world was mine. Nobody else, apart from villagers, would be present. I’ll never forget the importance of finding wool to make a bed. That way, if my character was to perish, I would respawn by my bed instead of the initial spawn point. The latter would mean potentially losing all my resources.

Minecraft was, and still is, defined by flexibility. People can use the platform however they wish. Some of my favourite memories in Minecraft were just exploring the world. It has the potential to be a deeply educational game with the different biomes – plains, desert, swampland – having different landscapes and reflecting the real world. I loved seeing these places that I might never have the opportunity to enjoy in real life. Similarly, mining was always a treat. Though a nightmare without torches, the pleasure of finding diamonds and successfully returning home was second to none.

The game, however, was far more than just an individual pleasure. The multiplayer option allowed a strong community to develop. Minecraft was just as much about other players as it was an individual journey. Through servers, it was possible to enjoy all kinds of mini games together. I have fond memories of many Skype calls with friends playing Hunger Games or Bed Wars on the Hypixel and Mineplex servers. However well or poorly I did, it was the sense of friendship that ran through the gaming experience.

The Minecraft community was not exclusive to realms or servers. YouTube gaming was at its peak when I used to play Minecraft religiously about five years ago. All kinds of YouTubers – whether targeted at younger children, teenagers or beyond – recognised the salience and value of Minecraft, both financially and for audience enjoyment. My memories of watching others play Minecraft are as strong as playing myself. Regularly commenting and even meeting some of those YouTubers was truly brilliant. I even (briefly) created my own Minecraft YouTube channel, which led to much amusement and personal pleasure. It was through the videos of others that new ideas would spark and shape many future hours playing the game.

I haven’t played Minecraft for a few years now. I suddenly discovered politics, writing – and the rest, well, is history. My phases of interest change just like everyone else. But I don’t for one moment regret my two-year obsession with Minecraft. It was a game that taught me so much, and I can easily see how primary and secondary schools might involve it within their teaching. I deeply enjoyed the company of others and recognised how powerful the Internet can be as a mechanism for an international community. My ability (or lack thereof) didn’t matter in Minecraft, only my imagination. That overriding theme has made the game something that will always be a positive, joyous memory from my childhood.