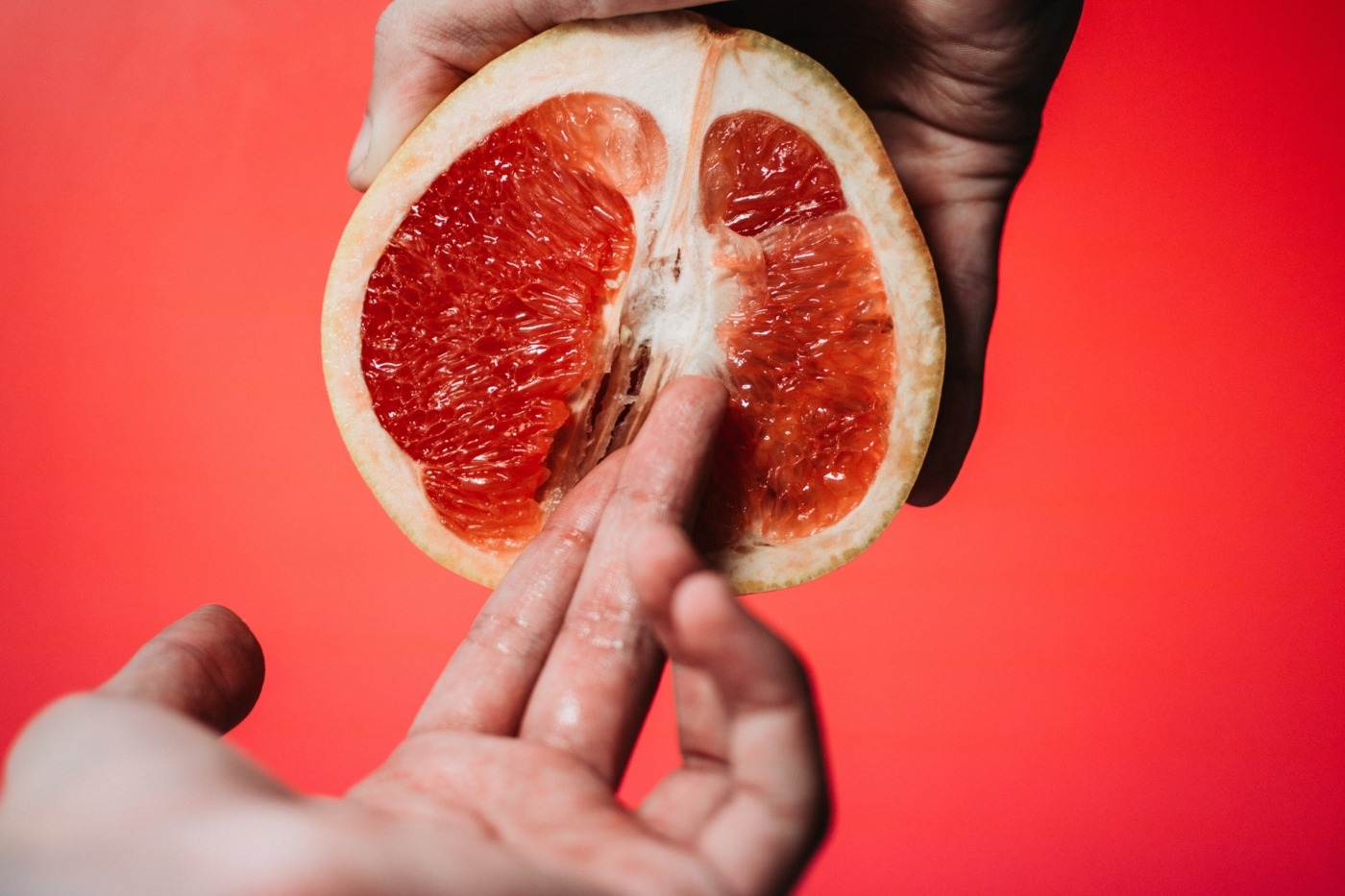 We all have awkward memories of sex education at school. We all remember the classic condom on a banana or a gruesome slideshow of STDs. Maybe, if you were unlucky, you might have had a variation of the ‘Don’t have sex or you will get pregnant and die’ lecture from Mean Girls. It’s a teenage rite of passage.

As time has gone by and a greater consciousness of sexual health issues has emerged, people have begun to question how adequate sex education is. Some feel it doesn’t go far enough for example, leaving out discussions about consent, porn and pleasure. Some have pointed to a lack of inclusivity with an entirely heteronormative focus on sex. Some have suggested it is overly ‘sex negative’, treating is as something to be afraid of with an excessive emphasis on saying no. Indeed, the curriculum hasn’t been updated since 2000 and arguably is out of date, especially given the growth of social media and the ways in which it has altered how young people experience relationships.

The curriculum hasn’t been updated since 2000 and is arguably out of date.

From September of this year, however, things are changing. Relationships education is now compulsory in both primary and secondary schools,  with a vastly updated curriculum. As well as covering topics like family relationships and friendships, primary school students will now learn about various types of family, the signs of emotional, physical and sexual abuse and the basics of consent, largely related to personal space and boundaries. Meanwhile, the secondary school curriculum covers sexual harassment and violence, grooming, forced marriage, honour based violence, FGM and abortion, among more traditional discussions about contraception and STDs. Ultimately, the new curriculum is designed to be more relevant, comprehensive and up-to-date to better equip children and young people with the information they need to navigate healthy relationships of all kinds into their adult lives.

The new curriculum is designed to be more relevant, comprehensive and up-to-date in order to better equip young people with the information they need to navigate healthy relationships.

As always, however, changes to and debates around sex education have been met with some pushback. A significant example comes from the area local to campus, in the form of the ‘All About Me’ programme rolled out across eighty three Warwickshire primary schools at the start of the 2019-2020 academic year. The programme provided the foundations of sex and relationships education (SRE), discussing bodies, emotions and personal relationships, but was criticised by parents and even in the House of Commons for being ‘too sex-focused’. Lessons aimed at Year 5s focused on erections, wet dreams and masturbation as well as transgender and non-binary identities, while a Year 4 lesson plan included a discussion on when was appropriate for children to touch themselves. As well as receiving complaints from parents, the evangelical pressure group The Christian Institute threatened legal proceedings against Warwickshire District Council. The programme was eventually pulled in March.

The All About Me programme was criticised by parents and in the House of Commons for being too sex-focused.

Religious groups largely oppose the teaching of sex education, with some believing that it may encourage young people to engage in pre-marital sex, when the focus should instead be on encouraging abstinence. They have also argued that abstinence is beneficial to young people by not only eliminating the risks of pregnancy or STDs but also in reducing the risks of being an abusive relationship, dropping out of school or even abusing drugs or alcohol.

Even on a non-religious basis, some parents are also concerned about how good an idea sex education is, especially for younger children. In a 2011 survey of 1,700 parents of primary school aged children, 59% of respondents said they opposed sex education from a young age. Of these, 41% thought it was inappropriate to teach children about sex, 27% argued that children don’t need to know about it and 28% believed that teaching a child about sex was the responsibility of parents, not teachers. If this is the parent’s responsibility, it enables them to be fully in control of what their child learns and they can decide when they are mature enough to know about where babies come from.

Even on a non-religious basis, some parents also question sex education, especially for younger children.

However, not all parents want to be the ones to provide their child’s sex education. Over a sixth of respondents in the survey had already been asked about sex by their child, and 38% admitted to feeling embarrassed by it while 32% said they didn’t know what to say. 2% even said that they told their child off for askin, and 13% diverted them to their other parent. There is a risk, if a parent is solely responsible for sex education that the child ight not receive any at all. They may be too embarrassed, unsure of what is appropriate or simply not bothered. Alternatively, parents do not always want to sit down with their child and talk to them about it, but may instead just be given a book. It isn’t the same as a face to face conversation where questions can easily be asked and answered.

Although SRE is to an extent now compulsory, it is possible to question whether it’s even fully compulsory at all. Parents are still within their legal right to withdraw their child from sex education if they so wish. Despite this, the Welsh government last year considered scrapping this right on the basis that parents aren’t able to take their child out of other subjects they might not agree with (a climate change denier wouldn’t be allowed to remove their child from science lessons, for example) and sex education should be no different. As expected, it was met with some backlash from religious groups such as the aforementioned Christian Institute, the Muslim Council of Wales and the Catholic Education service. On the other hand, it was also praised by the Church of Wales, the National Secular Society and the Children’s Commissioner. Such a move would allow every child to receive a decent understanding of sexual relationships even if they didn’t intend on having one, say, until marriage. It could also help to break down the general stigmas against sex in society.

However, it may also be interpreted as forcing ideas upon religious groups with their own beliefs. Keeping such a right might allow more freedom in how parents wish their child to receive sex education, and it could be allow the curriculum to be updated and made more socially progressive without religious backlash stalling it. Religious parents would feel assured if they know that their child doesn’t have to be concerned with it if they do not wish.

Keeping such a right might allow more freedom in how parents wish their child is to receive sex education.

Negative consequences have been highlighted of poor sex education, or of a lack of sex education altogether. Inadequate SRE has been blamed for the shocking number of new STI diagnoses: in 2017, there were 78,000 among 15-19 year olds and 141,000 among 20-24 year olds. Sex education is a notoriously contentious subject in America, with vast disparities between states and the states with the highest rates of teenage pregnancy are those where SRE either isn’t mandated or the only sex education available teaches exclusively about abstinence. This would suggest that proper information is necessary to reduce teenage pregnancy and the transmission of STDs, and consequently that abstinence only sex education is ineffective. Similarly, in a 2017 survey conducted by the charity Barnado’s, three quarters of eleven to fifteen year olds said they would feel safer if they had had adequate SRE at school.

Proper information is necessary to reduce teen pregnancies and the transmission of STD’s.

There is no harm done for children and young people to be properly informed about sex. However, debate will always remain around the subject in both religious and non-religious contexts. Whose responsibility is it to educate children and young people – teachers or parents? Or, a thornier question: when is the right time for them to learn about sex? When will they need that information – and when are they mature enough for it?

Debate will always remain around the subject in both religious and non-religioys contexts.

At the very least, there is hope to be had for the new SRE curriculum to more adequately educate children in a safe environment without the need for them to have to search out information for themselves.