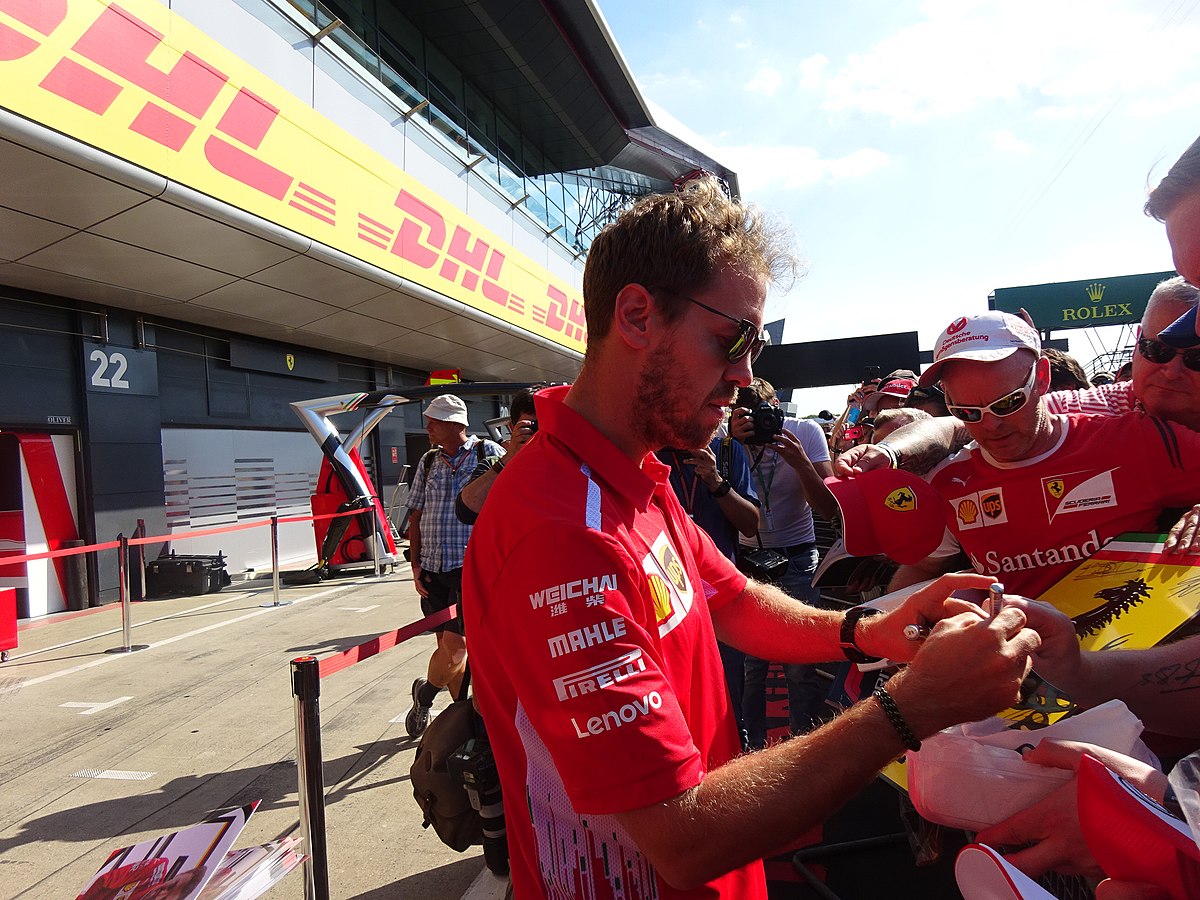 Sebastian Vettel to leave Ferrari at end of 2020 F1 season

Sebastian Vettel is to leave Ferrari at the end of the 2020 Formula 1 (F1) season after contract talks between the two broke down this month. In an official team statement, team principal, Mattia Binotto said the decision was by mutual consent, a verdict that ends Vettel’s six-year association with Ferrari.

In a statement on the team’s website, Mattia Binotto said: “This is a decision taken jointly by ourselves and Sebastian, one which both parties feel is for the best. It was not an easy decision to reach, given Sebastian’s worth as a driver and as a person. There was no specific reason that led to this decision, apart from the common and amicable belief that the time had come to go our separate ways in order to reach our respective objectives.

“Sebastian is already part of the Scuderia’s history, with his 14 Grands Prix wins making him the third most successful driver for the team, while he is also the one who has scored the most points with us. In our five years together, he has finished in the top three of the Drivers’ Championship three times, making a significant contribution to the team’s constant presence in the top three of the Constructors’ classification.”

Four-time Formula 1 World Champion, Sebastian Vettel responded: “My relationship with Scuderia Ferrari will finish at the end of 2020. In order to get the best possible results in this sport, it’s vital for all parties to work in perfect harmony. The team and I have realised that there is no longer a common desire to stay together beyond the end of this season. Financial matters have played no part in this joint decision.

“Scuderia Ferrari occupies a special place in Formula 1 and I hope it gets all the success it deserves. Finally, I want to thank the whole Ferrari family and above all its “tifosi” all around the world, for the support they have given me over the years. My immediate goal is to finish my long stint with Ferrari, in the hope of sharing some more beautiful moments together, to add to all those we have enjoyed so far.”

Charles Leclerc, whose performances in 2019 are thought to be a significant factor in forcing Ferrari and Vettel into this decision, said: “It’s been a huge honour for me to be your team mate. We’ve had some tense moments on tracks. Some very good ones and some others that didn’t end as we both wanted, but there was always respect, even though it wasn’t perceived this way from the outside. I’ve never learnt so much as I did with you as my team-mate. Thank you for everything Seb.”

Dani Ricciardo has also been linked with a move to Ferrari

Spaniard, Carlos Sainz is among the shortlist of drivers that Ferrari are considering to replace Vettel with. The McLaren driver impressed in 2019, and is expected to make the jump to a title-contending team in the near future. Likewise, Dani Ricciardo has also been linked with a move to Ferrari, with the Australian growing increasingly unsettled at Renault.

Antonio Giovinazzi, who currently races for Alfa Romeo – Ferrari’s sister team on the grid, is also said to be under consideration, while Lewis Hamilton is not considered to be a serious option for Ferrari. The Briton is widely expected to re-sign with Mercedes to extend his contract beyond the end of 2020.

The potential destinations for four-time World Champion Vettel are sparse. If Sainz leaves McLaren at the end of the campaign, the German could make the switch to fill his seat. At the moment, a return to Red Bull is unlikely, while a move to Mercedes is also currently off the table.

Vettel’s departure form Ferrari is another sign that his move to the Italian team was ill-advised. The German driver joined Ferrari in 2015, and spoke publicly about his desire to follow in the footsteps in his childhood hero, Michael Schumacher. Vettel’s five-year stay with the Italian team has, however, not yielded the success many predicted, Mercedes have been utterly dominant; Ferrari haven’t been at the races.

Vettel’s status at Ferrari had become increasingly diminished throughout 2019, Leclerc’s performances as his teammate severely undermined his standing as the team’s number one driver. In the previous two seasons, Vettel came close to winning Ferrari’s first Drivers’ Championship since 2007, but a number of mistakes derailed his title bids.

If the 2020 F1 season is able to start amid the Covid-19 pandemic, Vettel is in for an uncomfortable final season with his boyhood team. His Monegasque teammate, Leclerc, will take the reigns as Ferrari’s rising star, while Vettel is likely to fade into the background. This outcome seemed like it had been coming for a while; the decision for Ferrari and Vettel to part ways as rocked F1, regardless.