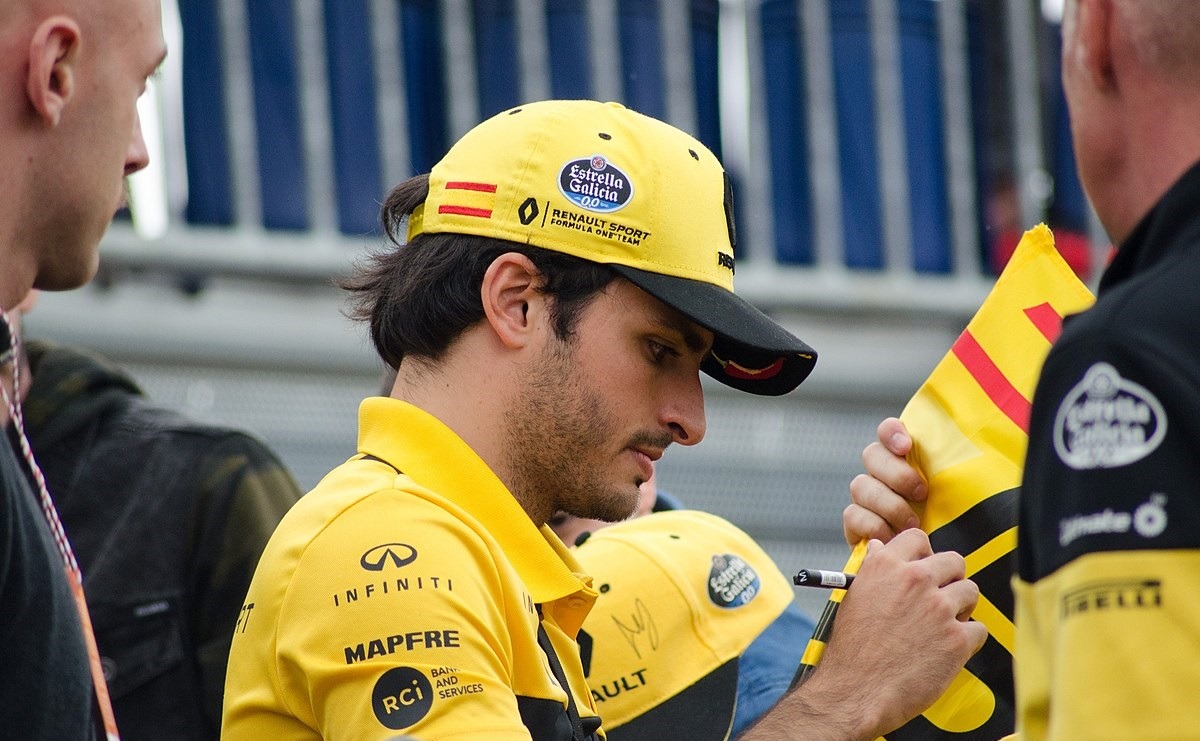 After a period of instability, Scuderia Ferrari and Sebastian Vettel have decided to part ways following the 2020 Formula 1 season. The four-time World Champion and F1’s most successful team were unable to deliver a title, Drivers’ or Constructors’, during their five-year marriage.

Vettel’s departure could spark a domino-effect throughout the paddock: where the German moves next, and who will be chosen by Ferrari to replace him is the talk of the town. Now, the question is who takes over Formula 1’s most coveted seat?

Carlos Sainz Jr is tipped to be in prime position to partner with Charles Leclerc from 2021. Consistent, fast and a loyal team-player, Sainz is a perfect fit to aid Leclerc and Ferrari in pushing for a much-desired Constructors’ title – something they haven’t been able to achieve in the turbo-hybrid era.

Sainz was left scrambling for a seat after Renault signed Ricciardo

In 2018, Sainz was left scrambling for a seat after Renault announced the signing of Daniel Ricciardo, and after being cut-loose from Red Bull’s development programme, there was slim chance the Spaniard of returning to drive under Christian Horner. Thanks to his agent, Carlos Oñoro, McLaren signed Sainz on a two-year deal, where he impressed in 2019.

With Ferrari poking their head in the curtain, will Sainz stay loyal to McLaren – the team that gave him stability? Sainz recently told reporters: “I’m not going to hide that I’m very, very happy in McLaren, and that I have a lot of faith in this project.” After securing his first podium finish at the 2019 Brazilian Grand Prix, McLaren’s first in nearly six years, Sainz’ bond with McLaren is extremely strong.

Discussions regarding Sainz’ move to Ferrari are at an ‘advanced stage’ and are gathering pace. It seems like Sainz will not pass at this once in a life-time opportunity, even if it means being the junior driver to Leclerc in F1’s most prestigious team.

Neither Leclerc, nor Ricciardo will be willing to play second fiddle

There were rumours that Daniel Ricciardo would sign for Ferrari after the Australian announced that he would be leaving Red Bull at the end of 2018. Ultimately, Ferrari opted to swap Kimi Räikkönen for Leclerc, leaving Ricciardo to sign with Renault. The 30-year old has a great deal of experience at the top after spending five years at Red Bull; however, a move to Ferrari would be problematic: who would be the team’s number one driver?

Neither Leclerc nor Ricciardo will be willing to play second fiddle. The only way around this, as I see it, would be to sign Ricciardo on a short-term contract as the number one driver and then to allow Leclerc to step into the top seat in 2023. While this would allow Leclerc to develop, his feisty character and sheer pace suggests hiring Ricciardo could backfire.

If Ferrari sign Ricciardo and neither parties are satisfied with the arrangement, we could see a repeat of what happened in Baku in 2018 between the Australian and Max Verstappen. This is something that Ferrari team principal, Mattia Binotto, will be wary of after the double retirement incident between Vettel and Leclerc in Brazil last season.

Reports suggest that arrangements are in place for Sainz to join Ferrari and for Riccardo, out of contract at Renault the end of this year, to replace Sainz at the Woking outfit.

Antonio Giovinazzi has been touted as a potential wildcard pick at Maranello. After just one year in F1, we could see Giovinazzi, who has been part of the Ferrari program since 2016 take a route similar to Leclerc’s. There are a lot of reservations though. He was significantly outscored by his teammate, Räikkönen, by 29 points last year.

While a promotion would provide a clear hierarchy at Ferrari, it’s unlikely we’ll see this materialise. Being promoted prematurely may not fare well for Giovinazzi, as demonstrated by Pierre Gasly in his short-lived stint at Red Bull in 2019. Should this unlikely scenario happen, it paves the way for Mick Schumacher to enter F1 with Alfa Romeo.

Could we see Fernando Alonso beat Sainz and Ricciardo to land the Ferrari seat once again? It is a known fact that Alonso is interested in making a comeback to F1 with a title-contending team. He shares a decent relationship with the Italian outfit and their decision to part ways in 2014, after no success, was mutual.

As with Ricciardo, would Alonso be willing to play second fiddle to Leclerc? Prior experience suggests that it is an unlikely outcome.

Carlos Sainz remains the front runner to take Vettel’s seat at Ferrari. Reports indicate that an announcement could be made as early as 15 May, with Riccardo set to take Sainz’s place at McLaren. Vettel moving to Renault would complete the cycle, as unlikely as it may seem.

Ferrari fans have something to look forward to: the Italian giants push for the Constructors’ Championship will be stronger than ever. Whoever replaces Vettel will no doubt have huge shoes to fill, but only time will tell if Ferrari have got this strategy right.