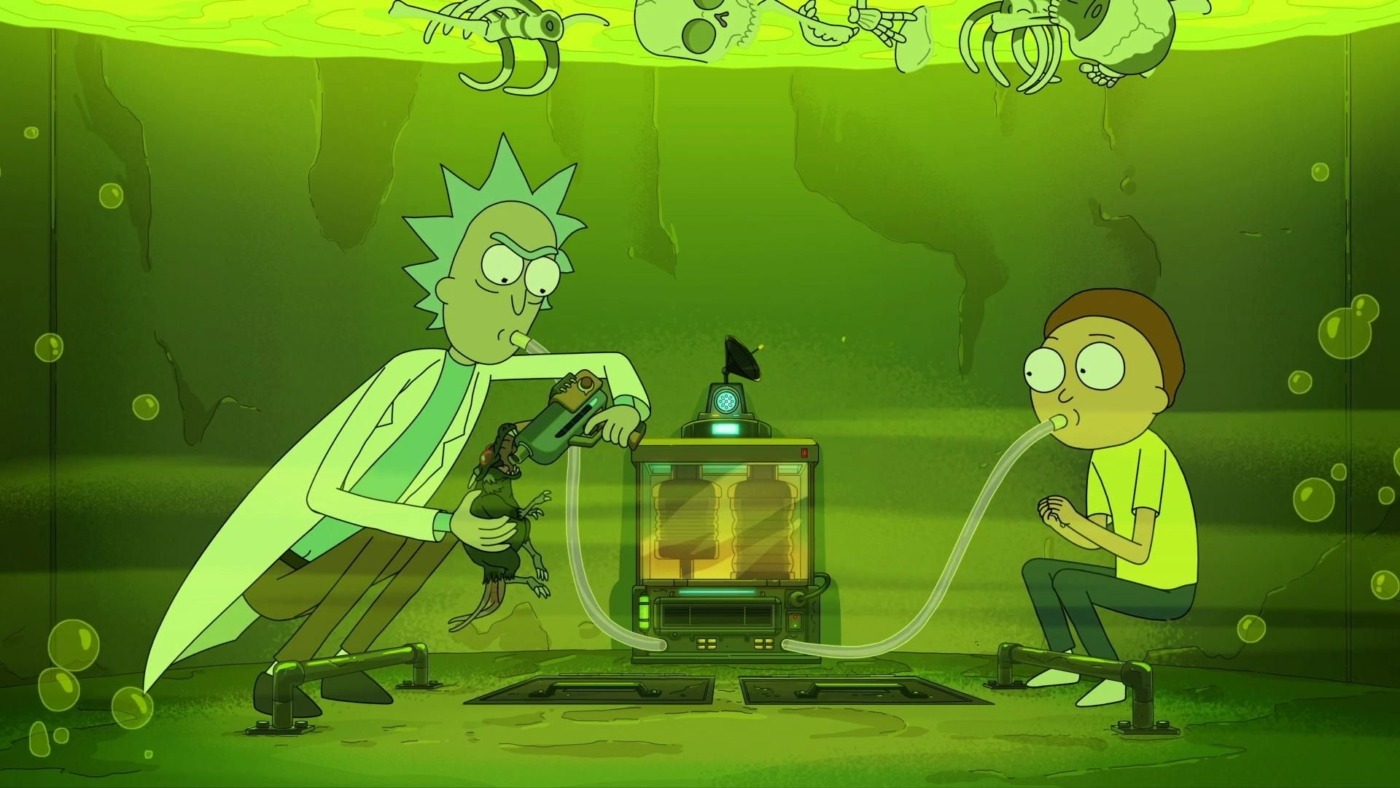 In a quest to shake up our expectations, the third episode of this Rick and Morty run provides something different yet again. ‘The Vat of Acid Episode’ offers an experience far more emotional than its initial bottle set-up promises, and is all the better for it – it’s proof that the show still has a lot in the tank.

On an ordinary quest to a factory, picking up some time crystals, Morty is openly and highly critical of Rick’s escape plan – diving into what looks like a vat of acid. But when the plan doesn’t quite go as intended, Morty is furious, berating Rick for his refusal to take any of his ideas seriously. Rick decides to teach Morty a lesson by bringing one of his ideas into reality – a real-life video game save system, enabling Morty to redo his mistakes. But the boy soon comes to realise that the multitude of second chances may not be as wonderful as he first imagined.

It’s a really charming vignette that helps us explore Morty’s character, and is both easy to invest in and totally heart-breaking when it ends

There have been a few episodes that really delve into our characters’ emotional stakes, and ‘The Vat of Acid Episode’ is one in this vein. The writers use the structure to offer some incredible storytelling choices, with a silent section that makes up a good third of the episode the key example. It’s a really charming vignette that helps us explore Morty’s character, and is both easy to invest in and totally heart-breaking when it ends. There’s also a lovely original score from Ryan Elder – I haven’t mentioned the music this series but, when it does so much in this episode, it would be a crime to ignore it.

This put me in mind of the series opener, ‘Edge of Tomorty’, and it’s the sort of beautiful emotional storytelling that Rick and Morty can do when it tries. Morty tends to miss out and just be played as Rick’s foil, so it’s good to see his character receive a bit of time too. Their dynamic has been somewhat fractured as of late, and it will be interesting to see how it pans out over the remaining few episodes.

That’s not to say, though, that this is an episode bereft of gags (although the silent section isn’t full of them). The show tricks you into thinking this will be a bottle episode, with our heroes spending the whole thing sitting at the bottom of Rick’s vat, but it pays off in a far darker way. Rick’s cruelty and pettiness is horrendous, yet very funny, and we conclude with some truly dark humour. Make sure you stick around for the stinger, too – you know where it’s going, but it’s still hilarious to watch.

It really pushes our characters in a way that some of the more consequence-free episodes don’t, and I hope that will carry forward

One reason I enjoyed ‘The Vat of Acid Episode’ is because it breaks away from very meta-episodes. Although we still have some serious sci-fi (not time travel, though – as Rick says, “if Ant-Man and the Wasp can do it, I don’t want any part of it”), but it’s a means to an end. We’re driven by character here, and it results in a genuinely emotionally-compelling story. Morty learns several lessons at the end of this, and not all of them are positive. It really pushes our characters in a way that some of the more consequence-free episodes don’t, and I hope that will carry forward.

‘The Vat of Acid Episode’ has moved away from the run of extremely self-aware episodes, instead focusing more on emotional storytelling, and it shines for that reason. I’m enjoying the eclectic run as the Rick and Morty writers again pack in an episode with a lot of material, and demonstrate that the show still has the power to surprise.