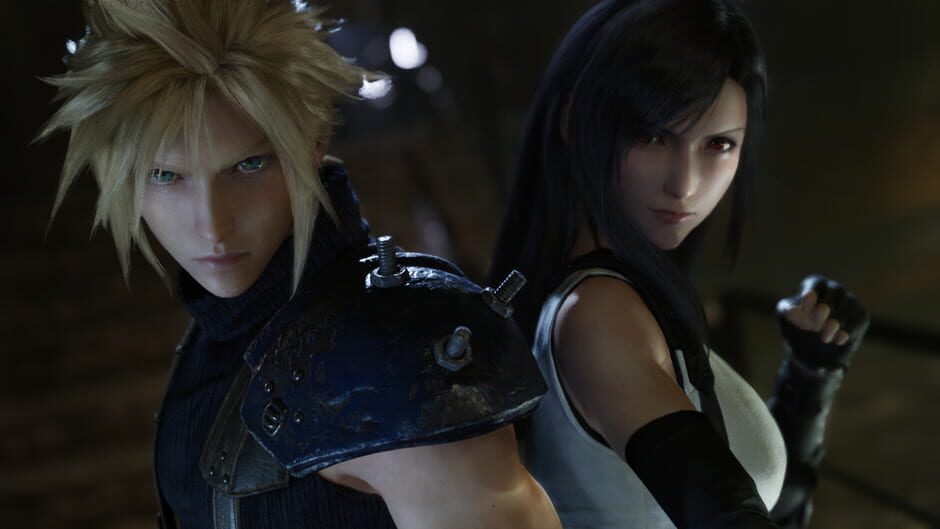 Remakes have become much more commonplace and high profile in recent years, as current technology allows us to remake beloved games with cutting-edge graphics and sound. Some of the most well-received and anticipated games recently have been remakes, such as 2019’s Resident Evil 2, this year’s Resident Evil 3 and Final Fantasy VII Remake, and the remakes of the original Crash Bandicoot and Spyro the Dragon trilogies.

These remakes take the original games and rebuild them from the ground up, making brand new assets while keeping the gameplay the same, such as with the Crash Bandicoot remakes and the Phoenix Wright: Ace Attorney Trilogy. Alternatively, they can use the original game as a foundation to then dramatically shift the gameplay to create more of a reimagining.

In the case of Final Fantasy VII, the original game featured fixed camera angles and a turn-based battle system. The recently-released Remake has a real-time action-focused battle system and completely different gameplay to the original. The developers of the game specifically stated that they didn’t just want to improve the graphics of the original game, opting instead to completely rework the game and update its gameplay for a modern audience, as well as fill in gaps in the story and to expand on the world.

Remasters, by contrast, usually refer to porting a game onto a newer system with higher-resolution graphics and remixed soundtracks but keeping the base game the same, such as the Final Fantasy X/X-2 Remaster, the HD collections of the Kingdom Hearts games, and The Last of Us Remastered.

The problem comes in with the differences between ‘remakes’ and ‘remasters’, as usually these terms are used interchangeably. When people say they want a remake of a game, they usually mean just updating the graphics and sound while keeping the core gameplay the same, which is more of a remaster. A remake typically involves rebuilding the game from the ground up, rebalancing gameplay and adding new elements, or even changing the gameplay entirely. The recent remakes of Resident Evil 2 and 3 are more in line with more modern Resident Evil titles in terms of gameplay, rather than retain the fixed camera angles and stiffer controls of the originals.

Some fans have felt that recent remakes in the Final Fantasy and Resident Evil series have strayed too far from the original game. The Crash Bandicoot N. Sane Trilogy remade the graphics and sounds of the original but kept the same level design and general gameplay, which is what many wanted when asking for a remake. Conversely, many people asking for a Final Fantasy VII remake probably did not expect or necessarily want the developers to update the classic gameplay style, and instead may have wanted something more in line with the Crash Bandicoot remakes.

There’s no pleasing everyone, however, as some remakes come under fire for being too similar to the original games. For example, The Legend of Zelda: Link’s Awakening was remade in 2019 for the Nintendo Switch, boasting a completely remixed soundtrack and brand new art style. However, some annoying gameplay quirks of the Game Boy original were kept, such as only being able to move in eight directions. On top of this, nothing was done to update the story itself with only a disappointing side mode added as extra content, with fans claiming that the game was too pricey given that it was a faithful yet ultimately still short remake of a Game Boy game.

So, what constitutes a good or a bad remake? It’s ultimately subjective. While some may have been unhappy with the remake of Link’s Awakening given that it did not add much in terms of gameplay, others loved it precisely because it was faithful to the original. The opposite is true of games like Final Fantasy VII Remake and the Resident Evil 2 and 3 remakes, where many fans old and new love the new direction these classic games have been reimagined in, whereas some diehard fans are justifiably upset that a game they love has been remade in ways they did not necessarily want.

When done right, remakes feel like a huge love letter to those who value the originals, but when done wrong, feel like a slap in the face

One dream remake I have wanted for a while is actually on its way with Xenoblade Chronicles: Definitive Edition. This version of the game has remade graphics to match the style of its sequel,  re-recorded the soundtrack, and added previously-unused content in the form of a new epilogue. The base gameplay might be staying pretty close to the original, but small alterations and adjustments will make the experience smoother overall. To me, this is what I think many fans typically want of remakes of their favourite games, that being noticeable improvements without ruining what made the original special.

My other dream remakes include classic JRPGs like Chrono Trigger, Final Fantasy VI and Dragon Quest V, which would look fantastic remade in the graphical style of 2018’s Octopath Traveler. Moreover, I’d love to see some franchises get a second chance with some modern remakes, such as Golden Sun and Ape Escape, as not only would it be a nice surprise to those who had played the originals, but could introduce many new players to the franchises.

Remakes of video games are a sensitive subject, given that what one person may want out of a remake, another may consider as going either too far or being too similar to the original. Remakes are usually a surefire way for developers to make money by profiting from people’s love and nostalgia for an existing game, although some are considered unnecessary by fans, such as The Last of Us Remastered which came out only one year after the original game. When done right, remakes feel like a huge love letter to those who value the originals, but when done wrong, feel like a slap in the face. The best we can hope for is that developers treat their beloved properties with the respect they deserve.