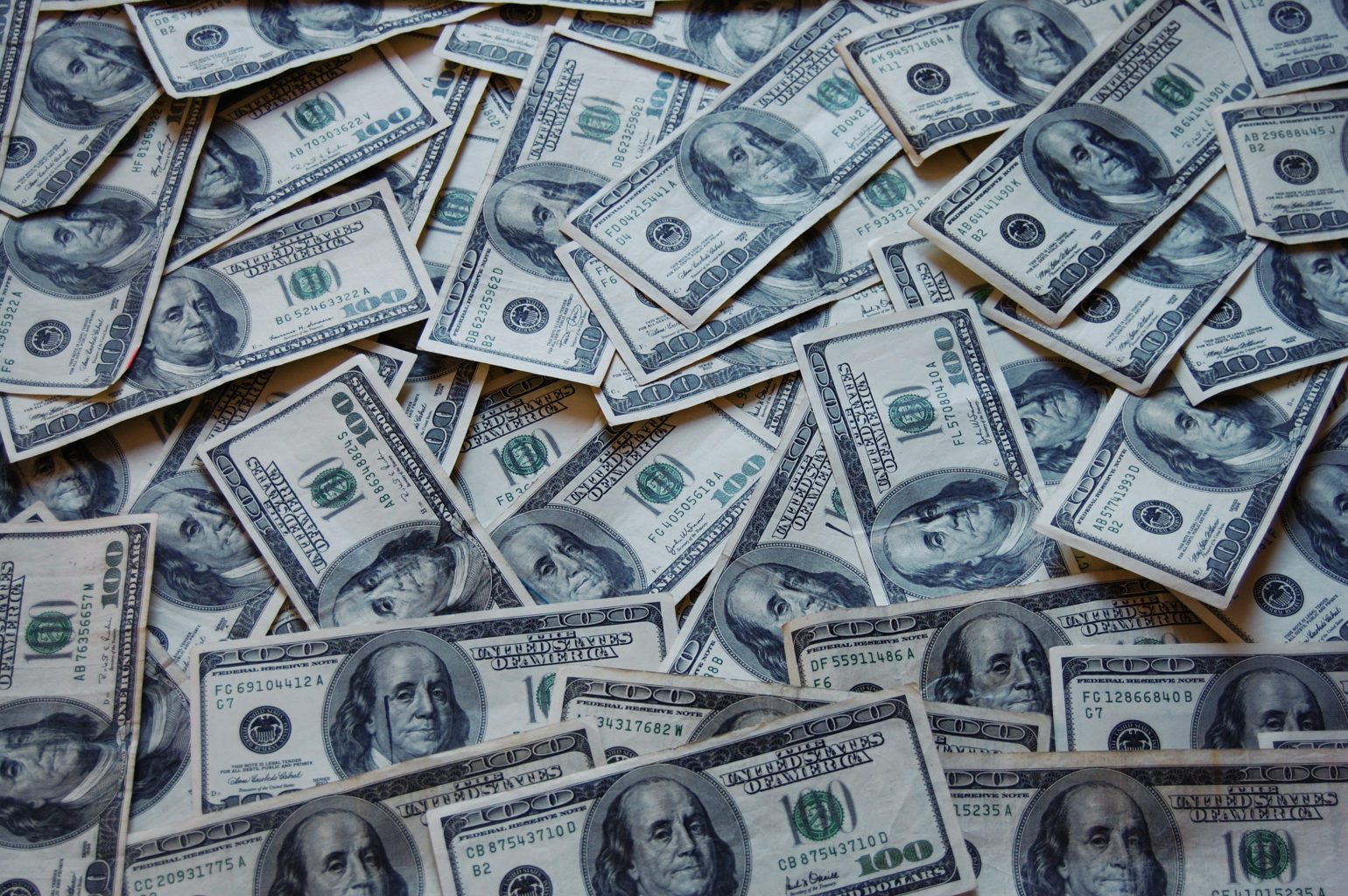 Last Night I Watched: ‘The Pursuit of Happyness’

What is the purpose of life? That is the question individuals have been trying to uncover for centuries. It has proved a testing one to answer. In the modern age, caring for one’s family, achieving ﬁnancial security and compassion towards others appear the best purposes. Perhaps the deﬁnition that has come to survive generations is in the United States’ Declaration of Independence arguing for ‘life, liberty and the pursuit of happiness’. It is the latter of those three ‘inalienable rights’ that forms the basis of The Pursuit of Happyness, a 2006 biographical ﬁlm starring Will Smith and his son Jaden.

From the start, the audience know the events that take place are based on a true story. I sometimes wonder whether it is better to know this or not. While I can admire someone’s real life struggles being converted to the big screen, I don’t always think it is necessary to tell an audience. A good ﬁlm, a brilliant ﬁlm even, should be believable to its viewers. They should be pulled into this new world and think they have entered a new reality. All ﬁlms should involve a character going through some struggle or moral journey; this is representative of everyone’s life story.

Set in beautiful San Francisco, we follow the life of Chris Gardner (Will Smith), who sells X-ray machines for a living. There is a chance for many shots of that wonderful city through his travels around diﬀerent hospitals, desperate to be rid of these machines. When entering into this contract, Gardner wasn’t aware that hospitals weren’t desperate for the highly-expensive, poor-value for money machines he now ﬁnds himself with. Reliant on machine sales for his wages, the struggle – ﬁnancial insecurity – is evident within the ﬁrst ten minutes. While the story is set in 1981, it is reminiscent of the modern age with exploitative zero hour contracts and individuals entering poor working conditions.

I immediately felt a warmth and admiration for Gardner. Despite acquiring dozens of parking tickets, he was an individual trying to do the right thing. Unlike so many, Gardner saw that his rights in a free society came with responsibilities: to provide for his family, be there for his child Christopher (Jaden Smith) and ensure they were economically-protected. Yet the X-ray machine sales (or rather lack thereof) tell another story. If they aren’t sold, Gardner doesn’t receive any money. Even though his wife Linda (Thandie Newton) works double shifts as a hotel maid, their economic outlook is bleak. Forced to delay their rent, their ﬁnancial struggles inevitably begin to impact their emotional and personal connections.

Chris Gardner remains driven as an individual. It was pleasing to see that, whatever issues his job entailed, he was motivated to improve his situation. The sale of all his X-ray machines was the end point; once they were sold, his life – and that of his family – could really begin to improve. Aspiring to work as a stockbroker, it was as though Gardner wanted for his family what he never received as a child. Not knowing his real parents, our protagonist still did well in high school, believing in his ability as a salesman and economist.

In a ﬁlm that, ironically for its title, is full of much negativity and setbacks, there remains some lighter moments of entertainment

Inevitably, parts of a ﬁlm will always be slightly contrived. In a limited amount of time, the ﬁlmmaker has to ensure all parts of the story are covered, even if the links between parts are slightly tenuous. This is evident through Gardner’s persistent attitude towards Jay Twistle (Brian Howe), one of the managers at Dean Witter Reynolds, the stockbroker company he wants to work at. Gardner’s truly unique personality was evident when taking a taxi with Twistle and solving a Rubix Cube, at the time a new invention. It reinforced his charisma, desire for the role and determination. However, his ﬁnancial diﬃculties, previously under the radar, are made stark when he is unable to aﬀord the taxi fare that was supposed to be paid for by Twistle.

In a ﬁlm that, ironically for its title, is full of much negativity and setback, there remains some lighter moments of entertainment. Arrested by the police for his unpaid parking fees, Gardner is forced to spend the night in prison while the authorities ensure his cheque payment clears. Yet his job interview at Dean Witter Reynolds is 45 minutes after being released. With no time to change clothes, the audience realises Gardner will be forced to attend his interview wearing his most informal painting outﬁt. It was a joy to see the reactions on the manager’s face, dressed in the formalist of suits, as they decided whether to oﬀer him a position.

Yet even a leap forward brings another setback. Gardner is oﬀered a six month internship at the company along with 19 others. After the six months, one will be hired as a full-time employee. The catch? The role is unpaid. Again, an issue in the 1980s seems highly relevant today, with debates over unpaid internships and whether students should be willing to work for free. Gardner can’t feel positive about this. Desperate to accept the internship, the mounting costs of childcare, rent and transport all seem a secondary concern to getting his foot in the door. It’s a door I would personally be happy to remain shut: an oﬃce full of people on phones, tracking stock markets, desperate for increased riches and wealth. Despite representing the worst of capitalism to me, to Gardner, it is the chance to do what he has always loved.

The ﬁlm continued to raise unexpected questions during my viewing experience. So far, our protagonist has always recognised his duty towards others, namely his family. Now, however, he seems to be placing his own personal career ﬁrst, even when that means ﬁnancial payments will become more insecure. With most of his day spent at the oﬃce, Gardner has less time to sell the machines that keep his family just about managing. The combination of this economic insecurity and one domestic argument too many eventually severs his marriage. While this is deeply saddening, I found it truly unrealistic that his ex-wife would relocate to New York – on the other side of America – to work in a relative’s restaurant. This meant leaving her son behind; a complete abandonment of her role as a mother. Sadly, it was simply Chris and his son. Despite trying to retain his son’s innocence, the combination of few wages, stolen scanners and the desperation of rent payments eventually come back to haunt him.

Happiness at time during this ﬁlm feels very distant and hidden away. After missing too many rent payments, Gardner and his son are thrown out of their home, before also having the locks to their motel apartment changed. It was truly devastating to see a man who wanted a better future for his son have the opposite happen. Eventually, they resort to sleeping in a public toilet, with Chris trying to protect his son with toilet paper. To feel no emotion at this scene is to be inhumane. However, I did wonder how an Earth a man who prides himself on ﬁnancial knowledge let his economic situation get this dire. Why couldn’t he have done work at a bar or a cleaning role? Yes, it would have been less satisfying than his internship and may have forced him to leave it. But it would have provided a small, but secure, income. Surely that is more important than his long-held dreams, the sort of thing that only seems justiﬁable when you have no dependents?

It is in these darkest of times that the most intelligent parts of the ﬁlm begin to emerge. I felt like I was on a philosophical journey with the characters to explore the psyche behind the American Dream. It is this narrative that has ran through America’s history ever since its independence in 1776. The message was built around meritocracy: if you worked hard, wealth, success and a home would be yours. Gardner has evidently worked hard, as had his former wife. They now have the very opposite of success. It raises the question of whether happiness can only be pursued, but never actually achieved? In his darkest moments, both Gardner and the audience have the time to consider these pressing, but deeply worrying questions.

I found it deeply admirable and shocking that our protagonist didn’t allow his poverty to aﬀect his work. When meeting with ﬁnancial clients, he had to complete those roles in a shorter amount of time than his competitors. Why? He has to pick up Christopher and join the queue for the homeless shelter, which sadly has far more demand than can be supplied. Despite this, nobody at his work is ever told about this evident poverty. Chris’ pride is too strong, his desire for success meaning he gives away money he doesn’t have, maintains his appearance and lives day by day. He is exposed to both the wealthiest and poorest individuals within America.

But the ending didn’t feel conclusive. While Chris had managed to work hard, achieve the American Dream and pursue his happiness, others at the homeless shelter were simply left behind

Thankfully, for Chris at least, there is a happy ending. After six months of unpaid work, he is given a full time position. I was pleased to see this, for much of the ﬁlm had been full of negativity. But the ending didn’t feel conclusive. While Chris had managed to work hard, achieve the American Dream and pursue his happiness, others at the homeless shelter were simply left behind. He achieved ﬁnancial security; those at the other end of the class ladder were forgotten.

It is an abrupt ending that ignores homelessness and class poverty in America. The ﬁlm eﬀectively demonstrates Chris’ coming of age journey to ﬁnancial success for his family and that should be celebrated. But, for me, the ﬁlm didn’t properly analyse and answer those key questions: how can the class divide be reduced? Can the very poorest ever achieve the American Dream? Most importantly, I wanted to know whether, for the vast majority of individuals, happiness is only something that can be pursued, and never achieved. Unfortunately, my pursuit to locate those answers failed.

Last Night I Watched: ‘The Farewell’